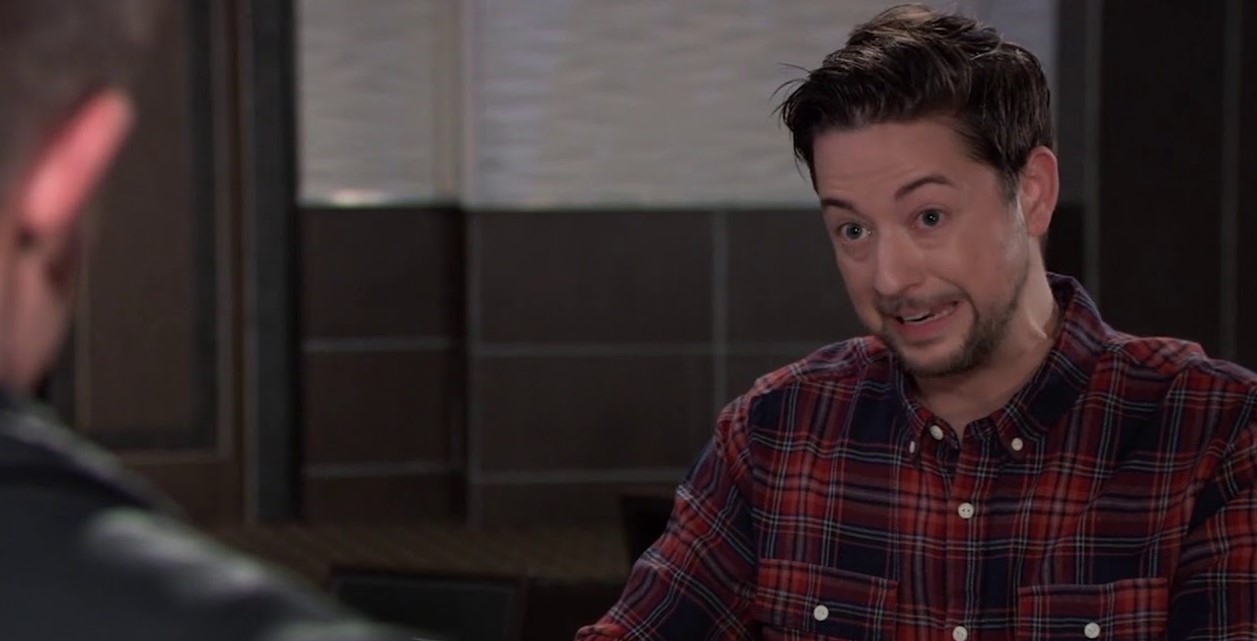 General Hospital (GH) spoilers tease that Damian Spinelli (Bradford Anderson) will get to work helping Sam McCall (Kelly Monaco) beat the charges that Nurse Sheri Anderson (Jerin Forgie) framed her with! The nurse is possibly a “Dawnie,” who wants to avenge her leader, the late Shiloh Archer (Coby Ryan McLaughlin).

General Hospital Spoilers – The Nurse Eavesdropped On A Private Conversation

Sheri stood at the door and eavesdropped on a private conversation between Jason Morgan (Steve Burton) and Sam when they came to General Hospital to be checked out and to have Sam’s wound attended to. She heard Sam admitting she was glad that Shiloh was dead, after what she, Kristina Corinthos-Davis (Lexi Ainsworth) and others had been put through, and also admitted she had wanted to kill him, although when she shot him with the flare gun it was to save Jason’s life when Shiloh was trying to kill him with a gaffing stick! Sheri took the parts about Sam wanting to kill Shiloh and told them to Commissioner Jordan Ashford (Briana Nicole Henry) who then called Sam and told her to come back to the police station after she had originally concluded it was self-defense!

GH Spoilers – It’s A He Said She Said Scenario!

Basically, it’s a she said, she said when it comes to Sam’s testimony and Sheri’s statement. Sheri can’t prove what she heard unless she recorded it through the door, and Sam can’t prove that she didn’t say it, even though Jason can vouch for her. Jordan will see it as Jason, a known criminal, covering for Sam!

Detective Harrison Chase (Josh Swickard) had been skeptical that Jason didn’t push Shiloh overboard after Sam shot him with the flare gun!

Spinelli will probably start by finding out if Lulu Spencer (Emme Rylan) ever installed a security system and cameras on the Haunted Star, considering all the murder and mayhem that has happened over the years. It would be an excellent idea to do so and would be helpful in proving that Sam acted in self-defense.

Viewers will recall Lulu was having some repairs done on the ship, and possibly putting in a security system may be one of them. Then Spinelli will want to do a background check on the nurse and find anything that would point to her being an unreliable witness or someone with a grudge and motive to frame Sam.

Proof of a Dawn of Day membership would be prime in this process since it may give her motive to want to avenge her leader. Viewers will also recall that this nurse gave Shiloh some information she shouldn’t have in previous General Hospital episodes. He may want to look into any criminal background history she may have as well because that would hold a lot of weight in deeming her an unreliable witness or informant.

General Hospital viewers can be assured that Spin will dig deep to find something that will help “Fair Samantha” beat the charges against her; stay tuned to the show and keep checking GH spoilers frequently for all the latest news, updates and developments!