General Hospital Spoilers: Were The Elevator Doors Closing On Franco A Hint That He Will Come Back? 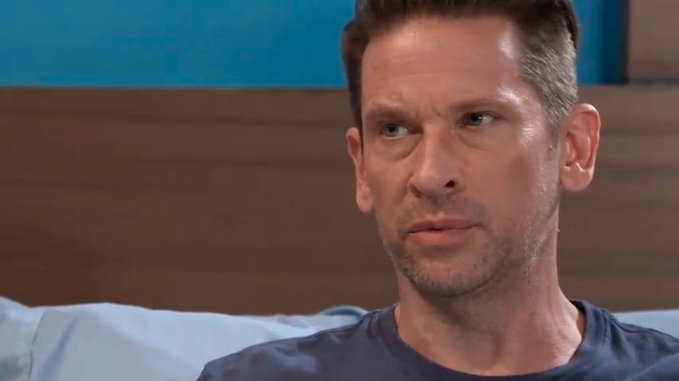 General Hospital Spoilers – When Drew Cain Left Bound For Afghanistan, He Was Last Seen With The Elevator Doors Closing

As Andre advised Elizabeth Baldwin, (Rebecca Herbst) there are four possible outcomes to this reversal process, which because it has never been attempted before, will be very risky! Andre told Liz that either it could have no effect at all, leaving Franco as “Frankendrew”, it could intensify Drew’s memories and personality, it could be successful, or in the worst case scenario, it could take away the Drew in Franco but leave nothing behind, meaning Franco could be in a persistive vegetative state.

“Frankendrew” doesn’t want to take that risk, but Elizabeth is hanging on Franco’s last “Franco words” to her stepson Cameron Webber (William Lipton); he wanted him to tell his mother that he would be back! Therefore, she is banking on the real Franco being underneath what was transferred of Drew’s, and that removing Drew’s memories and personality will leave Franco!

Elizabeth has consistently been trying to get through to Franco by talking to him “through” Drew’s memories and personality, seemingly comparing it to a comatose patient hearing or feeling a loved one’s communication and touches although unable to respond. Perhaps it is working on a subconscious level in Franco, since he did seem to have some deep responses to both Elizabeth when she has done this recently, and somewhat to Aiden Webber (Jason David) when he came in and talked to him about baking. Viewers could see it in his eyes; at one point he started to tear up!

This could mean that Franco is still in his subconscious, and viewers will recall that Drew had near memory flashes in certain cases as well, one being knowing to buy that car for Oscar Nero Quartermaine (Garren Lake Stitt) that Cameron inherited and Drew knowing to look for the money he was taking to Afghanistan in it, and also his knowing how to fly a plane when he was thought to be Jason Morgan (Steve Burton) when Jason had never learned how to fly! So there is a good possibility that this elevator closing scene is a promise of Franco returning to being Franco!