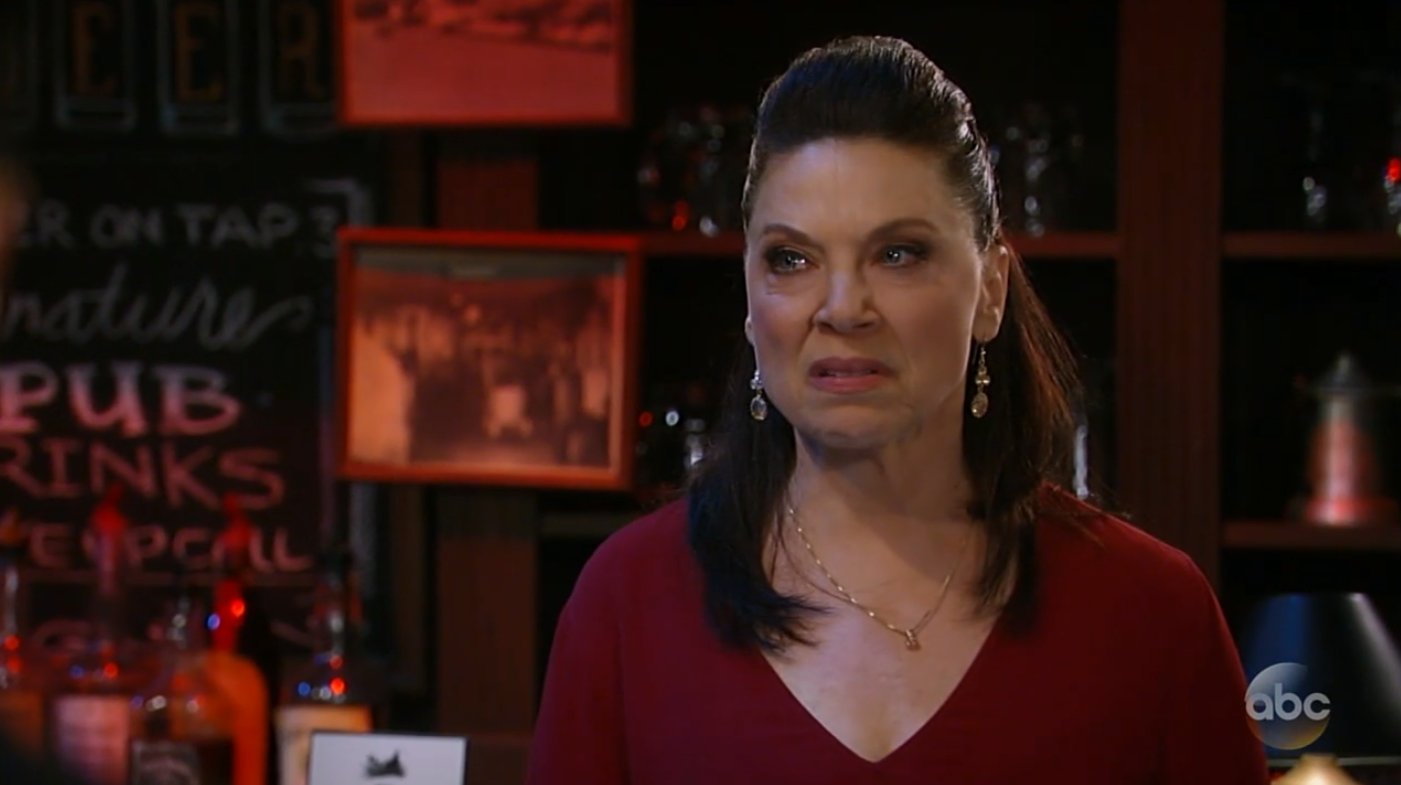 In an exclusive interview with Soaps In Depth, Kathleen Gati shared some crucial details about her character, Dr. Liesl Obrecht on General Hospital.

Gati described her character as someone who looks tough, but she’s actually pretty sensitive especially when it concerns people who are close to her.

The 62-year-old actress said, “She’s a villain with a huge heart.” She revealed her alter ego’s secret and it’s “her love for her family and the people she trusts.” She continued to explain the massive effect of Nathan’s West (Ryan Paevey) death to Obrecht. He’s the only one she had a deep connection with. But now, she cares for her daughter and she loves Nina.

Knowing Valentin Cassadine’s (James Patrick Stuart) deception that Sasha Gilmore (Sofia Mattson) isn’t Nina’s real daughter is painful for her. Gati said, “Obrecht doesn’t want to hurt Nina” but she’s also like “Fabulous. Great story!” She’s struggling with the fact that this like could blow up in her face.

“And although Obrecht believes Michael deserves [to be fooled by Brad’s] secret in some ways, that baby belongs to him. It’s painful!” she continued.

Gati loves the complicated personality of her character. She can be villainy but is capable of caring for others as well. However, it’s her character’s humor that helped her stretch what was supposed to be a two-day role into a seven-year run in the show.

“That’s Obrecht’s saving grace. Otherwise, she would have been off-screen a while ago!” she admitted. She knows that her character “enjoys being dark and evil,” which is why it wasn’t surprising if after surviving a murder attempt didn’t change her persona at all. Instead of thinking all the wrong she’s made in the past, she focused on finding who she would get vengeance on.

Gati said her alter ego is not crazy but rather “super, super smart.” “I wish I were more like her. She plans everything, she knows and sees everything before it happens, and she’s just so clever,” she said.

Nothing fazes her, and she can survive anything, which I just relate to,” she added. “I bring a lot of myself to the role — all the heart and pain and joy. And then I try to take a lot of Liesl into my own life… the good stuff, mostly. Like her indomitable spirit!” she continued.

Gati has appeared on other primetime shows like Arrow, 24, and Alphas. However, she revealed that her character on General Hospital remains as her favorite of all time.