The Bold and the Beautiful Spoilers: Quinn Plays Dirty to Change Wyatt’s Mind About Sally? 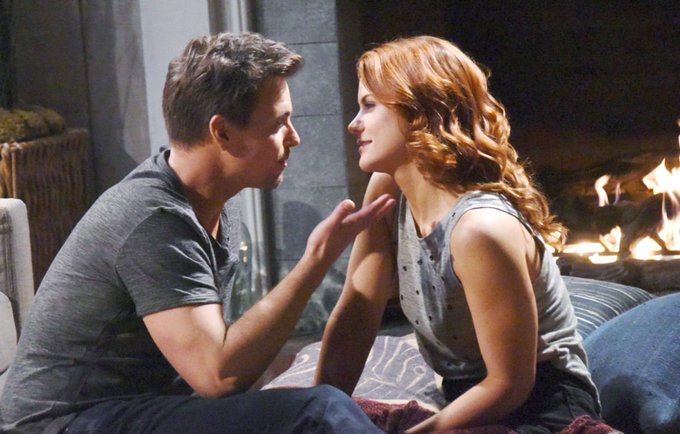 The Bold and the Beautiful spoilers suggest that Quinn Forrester (Rena Sofer) might play dirty to get her way. She is not a Sally Spectra (Courtney Hope) fan and isn’t pleased about Wyatt Spencer’s (Darin Brooks) choice. However, could Quinn realize that being “Pro Flo” is a mistake?

B&B spoilers tease that after some inner conflict, Wyatt suddenly chose to be with Sally. As if that wasn’t a fast enough turnaround, he then proposed to her. While engagements are usually a joyous occasion, it seems that things are moving too fast with this couple. On soap operas, that usually spells trouble.

The Bold And The Beautiful Spoilers: Tuesday, October 1 – Bill Warns Shauna To Leave The Logans Alone – Brooke Learns About Ridge’s Night With Shauna

During a recent episode, Flo Fulton (Katrina Bowden) discovered that Wyatt had proposed to Sally. She is in shock and outright said that it didn’t seem like something Wyatt would do. Sally then decided to rub it in a little bit. However, after everything she has been through and Flo’s dirty deeds, fans feel Sally was justified.

The Bold and the Beautiful spoilers suggest that Quinn might go too far when trying to change Wyatt’s mind. She is dead set on him being with Flo, not Sally. During a recent conversation, she made this perfectly clear. However, Wyatt is a grown man, but that doesn’t mean she won’t try to sway his opinion.

Quinn has done some devious things in the past. Lately, she’s been behaving herself. However, she could play dirty in order to get Wyatt to choose who she believes is the right girl for him.

The Bold and the Beautiful Spoilers: Wednesday, October 2 &#8211; Brooke Confronts Ridge About His Night With Shauna &#8211; Flo Reels From Shauna’s Confession @celebratesoaps https://t.co/Cx67ot2uDs

Right now, it is too soon to tell whether Wyatt will live happily ever after with Sally or not. However, there are a few clues. His romance with Sally is moving too fast. Flo is leaving subtle reminders of their love for one another. Now, there is Quinn getting involved in Wyatt’s love life and she is determined to prove Sally isn’t worthy. Fans will have to keep watching the CBS soap opera to find out what happens in the end.