Bold And The Beautiful Spoilers for Friday, October 4: Katie And Bill Get Dire News – Ridge Deals With Big Life Changes 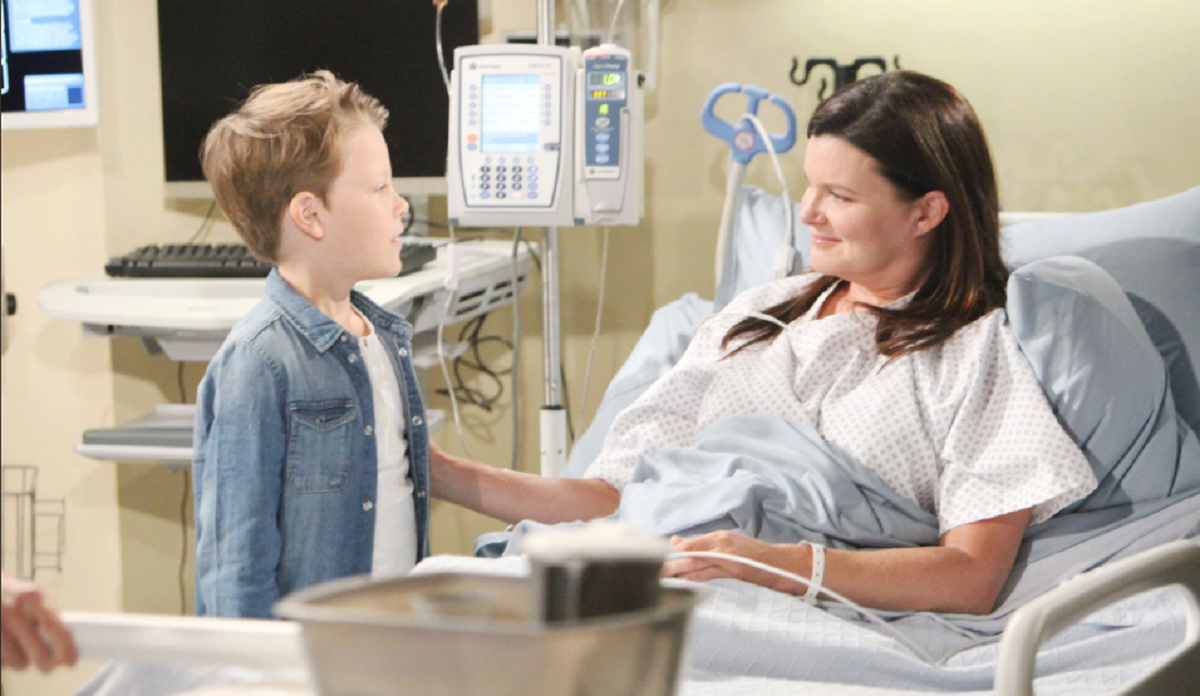 The Bold and the Beautiful spoilers for Friday, October 4, tease that Katie Logan (Heather Tom) will face some dire news. As B&B viewers know, she’s been in the hospital with kidney failure. Both her kidneys are severely compromised, and she needs a donor kidney as soon as possible. However, so far none of her friends or family members have been a match, and the wait for a compatible donor continues.

On Friday’s B&B episode, Katie will get a visit from her son, Will Spencer (Finnegan George). Will is going to be worried about his mom, but it looks like they’ll get some quality time together as a family with Bill Spencer (Don Diamont). According to B&B spoilers, Katie will share a poignant moment with Will as they visit.

Of course, Will is probably going to be optimistic that his mother is going to soon be well, but Katie will have a more realistic picture of the situation. She and Bill are well-aware that her condition is grave, and that she needs a kidney sooner rather than later if she’s going to survive.

Bold And The Beautiful Spoilers – Katie Logan Gets Some Bad News

The Bold and the Beautiful spoilers also indicate that Katie will get some new information about her health status on Friday’s episode. She’ll get a visit from her new kidney specialist, Dr. Davis (Tisha Campbell), who will have updates about Katie’s kidney donation status. Unfortunately, it doesn’t look like the news will be what Katie and Bill want to hear, as a donor won’t yet have been found.

Next, on Friday’s new episode of B&B, Ridge Forrester (Thorsten Kaye) will make some big changes in his life. As B&B viewers know, he and Brooke Forrester (Katherine Kelly Lang) just agreed to separate. Ridge walked out of the mansion to find new living arrangements after a fierce argument between the two, and from here his life will drastically change.

Of course, he’s got some pretty big orders from Brooke. She basically demanded that Ridge not return to the mansion until he had “papers” in hand – papers signed by Thomas Forrester (Matthew Atkinson) relinquishing custody of his son, Douglas Forrester (Henry Joseph Samiri). Ridge certainly didn’t indicate to Brooke that he had any intention of convincing Thomas to give up his son, so who knows when he and Brooke will reunite.

Instead, Ridge will probably get settled into a new place to live, and B&B spoilers say that he’ll make some changes designed at repairing his relationship with his children.

Steffy Forrester (Jacqueline MacInnes Wood) is probably livid with Ridge right now, given that he signed off on the plea deal for Flo Fulton (Katrina Bowden). That relationship could certainly use some repair, so he might start there.

The Bold And The Beautiful Spoilers: Thomas Celebrates – But Is His Victory Short-Lived? https://t.co/Pod4uQRzic pic.twitter.com/1HxmPsv85B

Or Ridge may reach out to Thomas and try to help him get his life back on track. Ongoing B&B spoilers indicate that Thomas may eventually come back to the fold at Forrester Creations, so perhaps Ridge will ask Thomas to come back to work and get back to some normalcy.