Coronation Street Spoilers: Jade Is Cooking Up Something Sinister – Is Evelyn First On Her Hit List? 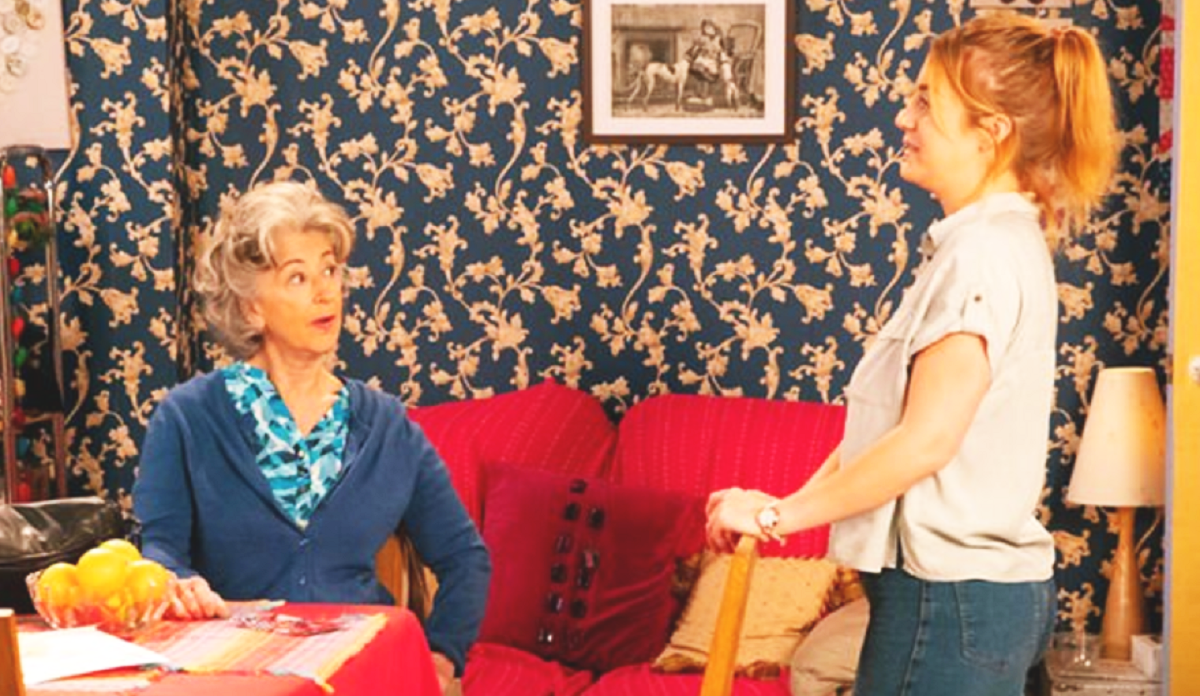 Coronation Street spoilers indicate that fans might soon find out what will happen to Evelyn Plummer (Maureen Lipman) as her fate might be sealed, now that Jade Rowan (Lottie Henshall) and her sinister plan is about to be revealed. Here’s what you need to know.

There’s new speculation that Evelyn could very well be in grave danger as apparently Jade has an agenda that she wants to carry out. Is there a possibility that she might want to kill Evelyn in order for her to get what she wants? That’s what a lot of Coronation Street fans are asking.

It’s no secret that Evelyn is a fan favorite and that she’s a character that viewers grew to like very quickly after she arrived in Weatherfield as the grandmother of Tyrone Dobbs (Alan Halsall). She’s someone who has a no-nonsense attitude. She’s also someone who quickly put Jade in her place after her arrival to the Dobbs household last week.

However, this past week fans got to see Evelyn soften her stance a little bit to Jade after the tutor revealed more about her past. Unfortunately, this could have been a huge mistake on Evelyn’s part as it looks like Jade might use her kindness to her advantage.

Coronation Street spoilers indicate that Evelyn will still be skeptical about Jade’s motives and why she wants to help the family. She was initially hired by Fiz Brown (Jennie McAlpine) in order to help her troublesome daughter, Hope Stape (Isabella Flanagan).

Coronation Street Spoilers – Jade Rowan Is Igniting Her Own Firestorm

Fiz first met Jade in Birmingham after the worried mother moved to the city with Hope to get away from all of the trouble that she caused back in Weatherfield.

But now that they are back, there’s a strong possibility that Jade might be cooking something up behind their backs. Sure, everyone thinks that it’s Hope that’s the big Firestarter but it looks like Jade might be looking to ignite her own little firestorm.

Luckily Evelyn senses that something is up with Jade and will hopefully alert Fiz before it’s too late. Needless to say, fans will have to tune in to Coronation Street on the ITV network to find out what will happen next!