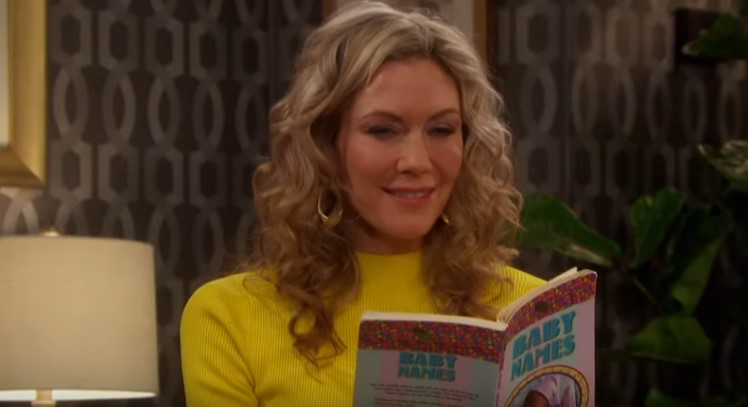 Days of Our Lives spoilers tease that Kristen DiMera (Stacy Haiduk) will get involved in another storyline. Jordan Ridgeway (Chrishell Hartley) ends up approaching the villainess. Will these two work together, or will Kristen turn her away? How could this storyline possibly play out?

Ever since Jordan was released from Bayview, she has been putting on a false front. She acts innocent and reformed in front of Rafe Hernandez (Galen Gering). However, she has made her evil intentions clear to Ben Weston (Robert Scott Wilson). It is clear that she plans on finishing the job, which is bad news for Ciara Brady (Victoria Konefal).

Although some Salemites believe that Ben is paranoid, he is determined to keep his girlfriend safe. Meanwhile, Jordan is coming up with all kinds of ways to accomplish her goals. Only this time, she doesn’t want to get caught.

Days of Our Lives spoilers reveal that Kristen is trying to get Brady Black (Eric Martsolf) any way she can. Half the time she schemes to get her way. Then, she will switch gears and try to do “good deeds” to impress her former beau.

Days of Our Lives Spoilers – Approaching a Legendary Villainess

Kristen is not someone that anyone can approach, especially if they want a favor. DOOL spoilers suggest that Jordan meets with Kristen to discuss something. It is speculated that she wants her help. It is clear that Jordan will ask for Kristen’s assistance, but that doesn’t mean she wants her to kill Ciara.

Instead, it is more likely that she wants help sneaking into Bayview to recruit a familiar face. Or wants advice on how to cover her bases so she can’t be convicted of any crimes.

It is unlikely that Kristen will agree to Jordan’s request. The only way Kristen would care to get involved in anyone’s business is if there was something in it for her. Now that she is pregnant, she has already roped in Brady. She also has Dr. Rolf (William Utay) to help her with any schemes. What could Jordan possibly offer her?

The only other possibility is that Jordan finds out information on one of Kristen’s schemes. Perhaps she threatens to send her to prison or to tell Brady unless they join forces. It’s not often that Kristen’s hands are tied, but in this case, they just might be. But Jordan better watch out because she is dealing with a pro.