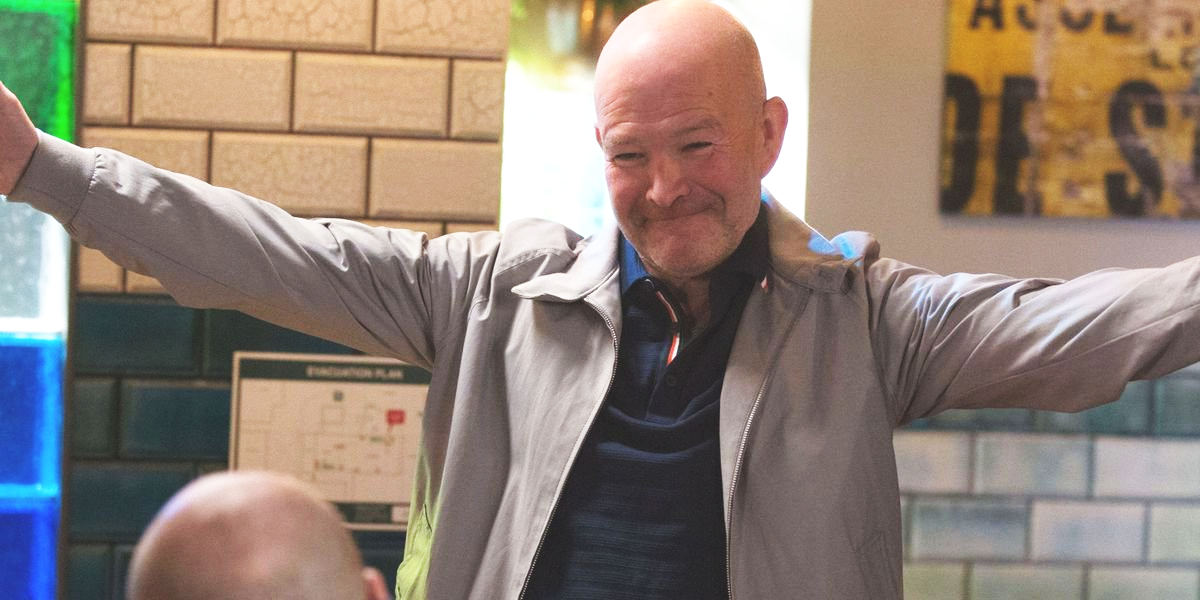 EastEnders spoilers tease that even though Jonno Highway (Richard Graham) got quite the beat-down from none other than Phil Mitchell (Steve McFadden), this isn’t the last that we have seen of him.

As a matter of fact, his son Callum Highway (Tony Clay) – along with fans – will be surprised when Jonno arrives to the square again for round two. You’d think that Jonno would have gotten the message loud and clear after Phil knocked him out for his homophobic behavior, but no, he’s ready for more. Here’s what you need to know.

When Jonno found out that Callum’s wedding to Whitney Dean was called off he was livid. And that’s not because they already paid the deposit for the wedding venue.

Instead, it was because Callum was in love with a man – Ben Mitchell (Max Bowden). Jonno emotionally bullied his son over this, much to everyone’s shock, including Phil Mitchell. That’s when Phil took matters into his own hands and gave him a good punch in the face.

Of course, that’s not the only problem that Callum and Ben have to deal with. Apparently, there are a few other people that are trying to get in the way of their relationship. What’s more, Callum was left crushed when he spotted Ben kissing another man in front of him.

Little does Callum know that Ben is only trying to protect him because he believes that he’s going to hurt him in the long run. That doesn’t seem to be working as Callum is already feeling very heartbroken by this awful treatment he is getting from the man that he supposedly loves. Also, Callum had a near breakdown after a very emotional scene with Ben after he saved Bobby Beale’s (Clay Russell) life.

EastEnders Spoilers – Is Jonno Highway Coming Back To The Square?

EastEnders spoilers also tease that Jonno Highway is going to complicate things even further by returning to Walford. Will Phil have to sucker punch him again?

Or will he be a man and apologize to his son for his behavior? Seeing how hot headed he is, it’s highly unlikely that will happen. However, fans will have to tune in to find out what will happen next!