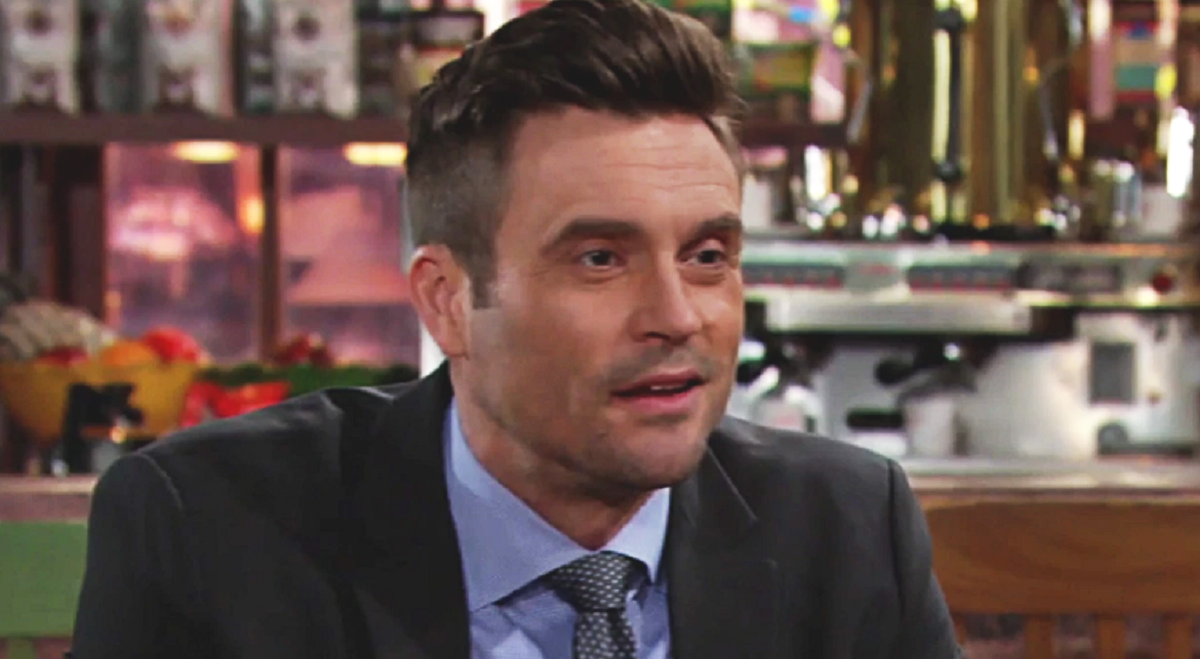 Meanwhile, Rey Rosales (Jordi Vilasuso) will talk with Lola Abbott (Sasha Calle) at Society about the Newman lies and Paul Williams’ (Doug Davidson) lies. He’ll see Summer Newman (Hunter King) across the way, and Lola will remark that Summer is a victim of the Newman lies, too. Lola will inquire to see how Summer is doing.

Next on Y&R, at Devon Hamilton’s (Bryton James) penthouse, Elena Dawson (Brytni Sarpy) won’t like the fact that Devon will be meeting with Amanda Sinclair (Mishael Morgan) later, and she’ll want Devon to cancel his plans. But he’ll want to meet with Amanda to try to get some answers from her – she may be the only one who can provide the answers they need.

At The Grand Phoenix, Abby Newman (Melissa Ordway) will chat with Nate Hastings (Sean Dominic) and ask him to accompany her to the Newman family dinner. He’ll balk. Nick Newman (Joshua Morrow) will appear looking for Summer, and Cane Ashby (Daniel Goddard) will find him and wonder whether there’s a chance that Adam and Chance Chancellor (John Driscoll) have reconnected. Nick will refuse to talk about Adam.

Devon will then show up and have his meeting with Amanda. Devon will say that they got off on the wrong foot before, and that they should work together to answer all his questions. Amanda will say that she has no intention of manipulating him. Devon will tell her a bit about Hilary Hamilton (Mishael Morgan), three he’ll wonder whether perhaps she’s being played by someone pretending to be Chance. Amanda will tell him that he’ll soon have to face the fact that he’s living off of someone else’s fortune.

Next on Y&R, at the Newman Ranch, people will gather for the Newman family dinner. Billy Abbott (Jason Thompson) will grumble about Adam getting away, and he and Victor will trade barbs. Abby, Nate, and Nick will arrive, and Nate will perform a check-up on Victor, who will get a good report. Victor will then ask anyone who has a problem with him to get it out in the open.

Victoria Newman (Amelia Heinle) will pipe up about the damage that’s been done to the family’s reputation, and Billy will note that the ruse hurt everyone except Adam. Victor will think that’s not true, and that Adam paid a hefty price, since he’s been humiliated and cut off from the family. Ultimately, the meeting will end before dinner even occurs, and everyone will leave.

Nikki will then reassure Victor, telling him that the family will recover and that it will just take time. Nikki will say that she understands that the kids are upset because he did everything for Adam’s sake, and Victor will remark that Adam needed him more. But Nikki will tell him that all of his children need him.

Back at Society, Cane will talk with Rey about Chance. Rey will tell him about Riza Thompson (Tina Casciani) before reconnecting with Sharon. The two will enjoy each other’s company and they’ll decide that they’re officially on a date.

Young And The Restless Spoilers – Phyllis Summers Alienates Her Daughter

At Crimson Lights, Phyllis will attempt to call Adam, and suddenly a phone nearby will ring. Michael will have possession of said phone and he’ll want to know exactly why she’s trying to get in touch with Adam. Turns out, Michael will have Adam’s phone because it contained evidence. Phyllis will get distracted by the sight of Cane on the patio.

The Young And The Restless Spoilers Friday, October 4: Phyllis Gets Nosy About Cane – Lola Plays Relationship Counselor – The Newman Children Walk Out On The Dinner Party https://t.co/8UKSFjhEBb pic.twitter.com/RYzsabf3JQ

On the patio, Cane will ask Nate whether Victor has mentioned where Adam is. Nate will tell him to talk to Victor, then he’ll go inside and meet up with Elena. Elena will want to talk about what Nate did for Victor. Nate will explain that Victor was in danger, and he’ll note that he hates the way the Newman family makes everything seem like life or death, then rationalizes it.

Finally, on Friday’s new episode of Y&R, Phyllis will overhear Cane making arrangements to fly to Las Vegas later that evening. Be sure to tune in on Friday to catch up on everything happening on Y&R right now. Check Soap Opera Spy often for updates, news, rumors, and spoilers!