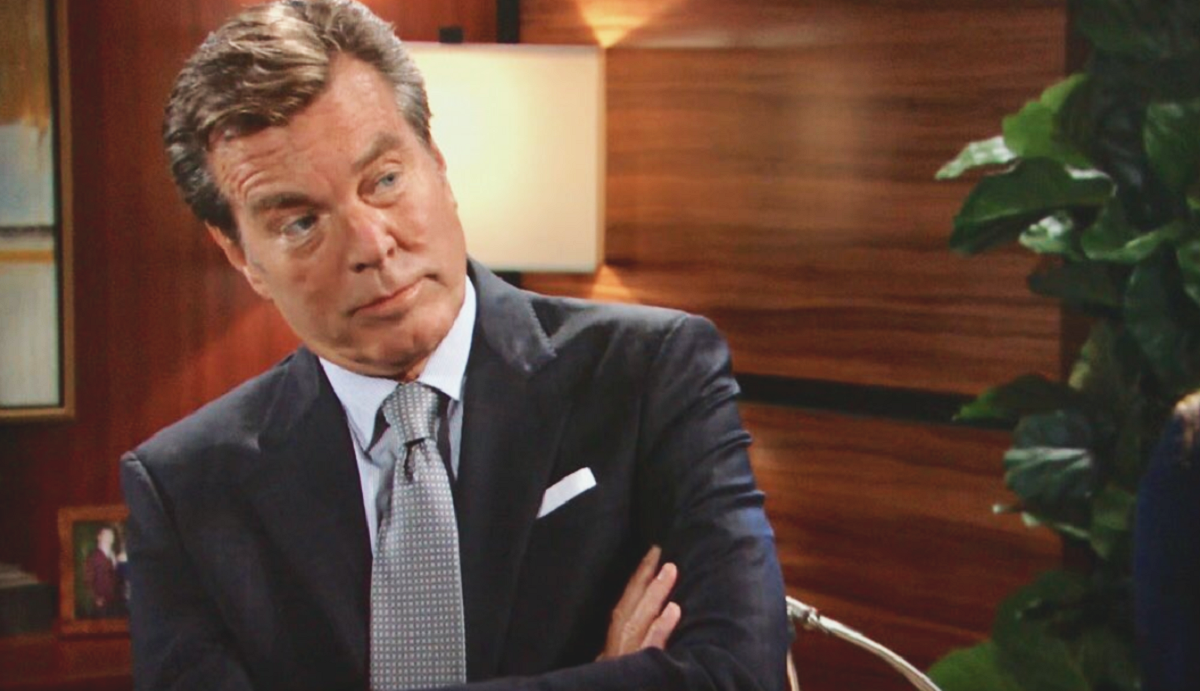 Jack Abbott’s (Peter Bergman) decision to take Victor Newman’s (Eric Braeden) advice and get away from it all created even deeper effects that expected on ‘The Young and the Restless’. Rather than simply clearing his head and returning to Genoa City, Wisconsin, where he’d lead Jabot in a refreshed state, Jack is opting to step back from the family business his father founded.

Speaking to his brother and son, Jack told Billy Abbott (Jason Thompson) and Kyle Abbott (Michael Mealor) that he was elevating them to be equally in charge of Jabot. The change being necessary because Jack plans to collaborate with his sister, Traci Abbott (Beth Maitland), on a written history of John Abbott (Jerry Douglas) and Dina Abbott’s (Marla Adams) lives.

So, Y&R fans are anticipating what appears to be the opening of a retro storyline that will feature the Abbott’s from long ago.

Young And The Restless Spoilers – Golden Oldies Play Once Again

What a super idea it’s been to present viewers with the Abbott family history as it was way back when. During the past two years Y&R fans have been gifted in seeing a number of actors cast as the younger versions of well-known characters.

More detailed history, which had previously only been referenced in dialogue by the main actors who portray the legacy characters, enabled hardcore viewers and newer fans to be gifted with time-shifted storylines. Those stories evoked epic Dark Shadows arcs, where time traveling arcs were often used in the late 1960’s and early 1970’s on that classic daytime soap.

Young And The Restless Spoilers – Jack Abbott On A Personal Quest

Being the oldest sibling means that Jack most clearly understood that his mother’s betrayal of his father’s trust broke the hearts of her three young children. But Jack has come to see Dina’s search to find herself in a more nuanced light. Reflection and the need to create the returning retro storyline created this change of heart.

A recent scene with Jack and Dina at Chancellor Park in present day GC was wonderful. A son forgave his mother and told her that he loved her. Dina, deeper in the throes of Alzheimer’s, was lucent and responded in kind.

Jack’s quest to find himself was, admittedly, thrust upon a seasoned audience that was expecting something more to come of his trip. And so, the resulting Abbott history book he’ll be creating with Traci delivers an anticipated result.

Young And The Restless Spoilers – A License To Re-imagine History

Y&R fans know the general story. Dina felt she was unable to be a wife and mother to John and their three children. So, she left them decades ago, eventually became Madame Mergeron and forged a self-fulfilling business career.

But the dynamics that caused John and Dina’s marriage to dissolve haven’t been fully explored until now. Jack’s telling of this deeply personal history will be projected in a favorable light, foreshadowing a daytime story that fans will likely embrace.