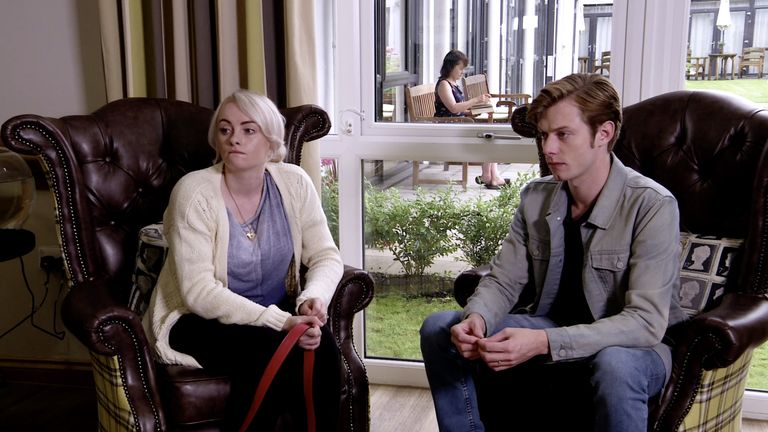 Coronation Street spoilers for the week of October 7 reveal some unexpected events. Prepare for one death and a legendary character return. Also, discover what is known about David Platt (Jack P. Shepherd) as well as the other Corrie characters.

Corrie spoilers tease to expect a major death. Unless something changes at the last minute, fans expect it to be Sinead Osbourne (Katie McGlynn). The character, who has been battling cervical cancer, finds out she only has weeks to live. Now, she has to break the devastating news to her loved ones.

On Wednesday, October 9, expect Daniel Osbourne (Rob Mallard) to break down over the tragic news. Now, everyone must make the best of the time Sinead has left. What makes this even more heartbreaking is that Sinead will be leaving behind a little boy, Bertie.

Coronation Street Spoilers – Sinead Osbourne Had To Be Induced Early

As fans recall, Sinead had to be induced when she was only six months pregnant due to her cancer. Although Bertie had a bit of a rough beginning, he made it. Unfortunately, he now will be growing up without his mother.

Expect to see the return of Emily Bishop (Eileen Derbyshire). At Ken Barlow’s (William Roache) 80th birthday party, Emily appears on video chat via Skype. Fans are looking forward to this as she hasn’t been seen on the show since 2016.

According to Metro, Ali Neeson (James Burrows) needs to get his life in order after it is discovered that he is back to telling lies. Dev Alahan (Jimmi Harkishin) wants Asha Alahan (Tanisha Gorey) to talk to a doctor about her self-esteem issues.

As fans have seen, Asha is involved in an illegal skin lightening cream storyline. Meanwhile, David creates a distraction in prison. This allows another prisoner to hide a phone. By Thursday’s episode, expect David to bond with the inmate he protected.

What do you think is going to happen on Coronation Street? How do you feel about Asha’s skin lightening storyline? Can Dev help the young lady? Will you miss seeing Sinead on Corrie? What do you expect to happen next on the long-running television series? Be sure to tune in to catch up on everything happening on Coronation Street right now. Come back here often for Corrie spoilers, updates, news, and rumors!