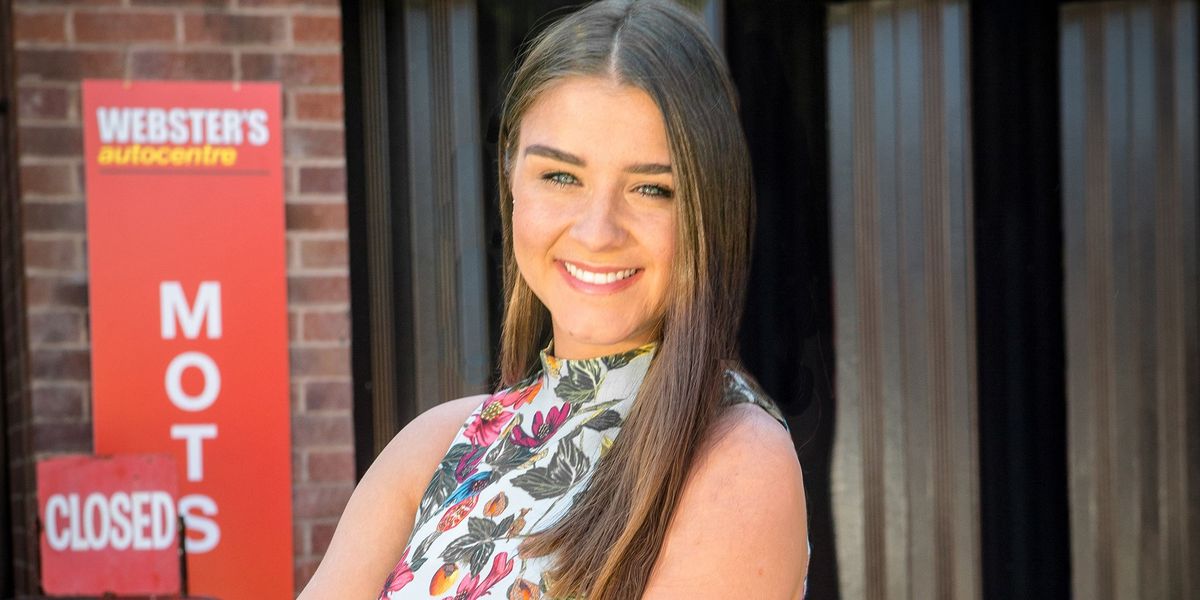 “Coronation Street” has confirmed that Sophie Webster is leaving the cobbles as her portrayer, Brooke Vincent, goes on maternity leave.

Vincent will leave the show in scenes set to air next week when her alter ego sets off for Cambodia. In the sudser’s September 30 episode, Sophie was seen preparing for her first day at college. She doesn’t like her new course and Paula Martin (Stirling Gallacher) notices her reaction when she looked at Kate Connor’s (Faye Brooks) picture enjoying herself abroad.

In episodes set to air later this week, Debbie Webster (Sue Devaney) will also notice Sophie’s struggle with college. She offers her a piece of advice and tells her to follow her heart. The conversation happens after Debbie’s return to Weatherfield with bad news.

She will reveal that Auntie Vi has passed. She left her with a hefty sum of £200,000 in her will, but she doesn’t want to take it. She offers it to her brother Kevin Webster (Michael Le Vell) instead. Kevin accepts Debbie’s offer and decides to split the money between himself, Sophie, Rosie, and Jack.

In scenes scheduled to air on October 9, Paula will tell Sophie to forget about college. Instead, she’ll ask her to go to Cambodia with her. Paula will want to leave right away and Sophie will agree. But what Sophie doesn’t know was that it was all a ploy. Paula never intends to go to Cambodia. She just says so to convince Sophie to go traveling. Viewers will see Sophie bid farewell to Paula, Kevin, Sally, and Tim as she goes to Cambodia.

Earlier this year, Brooke Vincent announced that she’s carrying her first child with partner Kean Bryan. In an interview with OK! Magazine, she said she’s “really excited” to meet their first born.

“I always worried it wouldn’t happen for me – I’m beside myself with happiness,” she shared. “I’ve been playing songs to the bump and sometimes I sit and cry about how much I love my baby! I’ve always wanted to be a mum, so I’m really excited.”

She also revealed that her mum was a huge inspiration to her. “My mum had me when she was 24 and we have a really close relationship so I’m hoping that will happen for me,” she said. “If I’m half the mother my mum is, then I’ll be happy.”