Days Of Our Lives Spoilers: Could Jordan Be Right – Is Ben Really Cured? 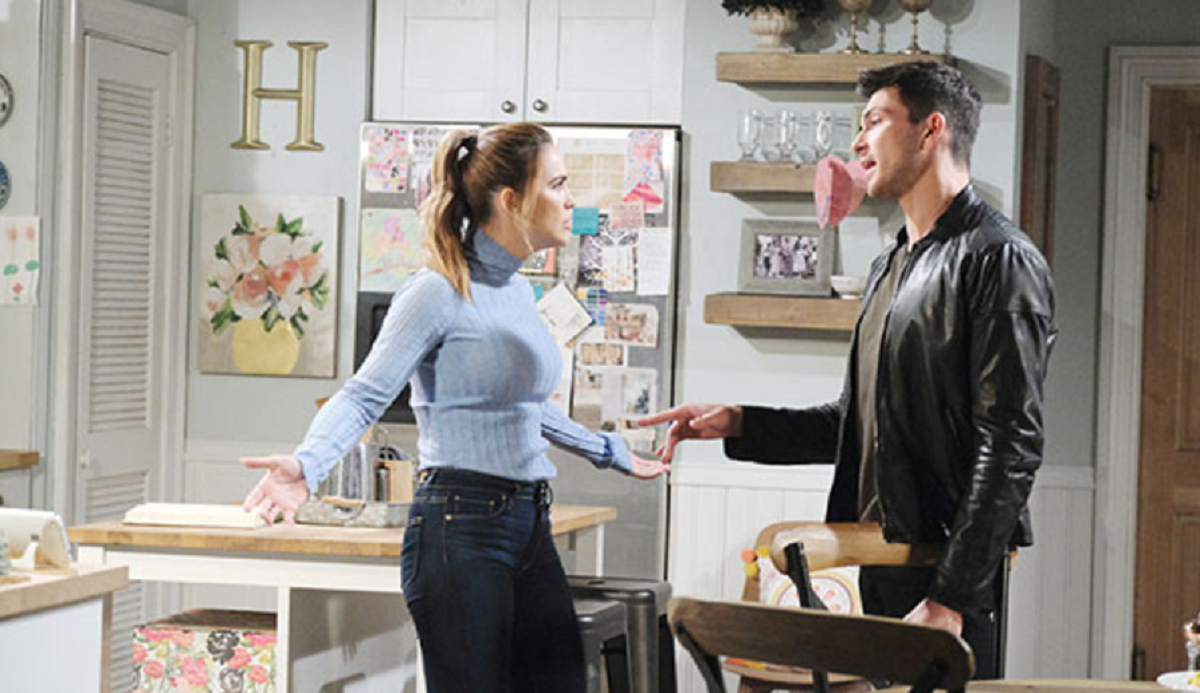 Days of Our Lives (DOOL) spoilers tease that Jordan Ridgeway (Chrishell Hartley) has recently been released from Shady Brook, where doctors have given her a clean bill of her mental health and well-being. But even so, she still maintains that her brother Ben Weston (Robert Scott Wilson) still poses a threat to everyone.

Ben was also declared legally sane, after killing three people as the so-called “Necktie Killer”. It’s a complicated situation but Ben’s actions over the past year or so seem to back up the fact that Ben has been cured. But what if Jordan is right? Is it possible that Ben isn’t as stable as he has made himself out to be?

Days Of Our Lives Spoilers – Both Siblings Struggle With Mental Illness

Ciara (Victoria Konefal) has been Ben’s biggest champion and the two have fallen in love. But Jordan insists that Ben won’t be able to help himself and will eventually harm Ciara. There are going to be some attempts on Ciara’s life in the future and all signs will point to Jordan being guilty of these acts.

And while it’s possible that Jordan is indeed guilty of trying to hurt Ciara, it might very well be Ben that’s the guilty party. Marlena (Deidre Hall) has been a supporter of Ben as well, and it was Marlena who declared Ben sane and is responsible for Ben being free. Marlena is very competent, but could she be wrong about Ben?

Last year, when Ben and Ciara were together at the Horton cabin, Ben started to have visions and seemed to be slipping right back into his old ways.

He even seemed to threaten Ciara. Luckily, Ben hiked to a pharmacy and had his prescription filled, but during the time he was without his meds, he seemed to easily slip back into his dangerous ways.

Ever since then, Ben has been back on his medication, but is he really cured if he could slip that easily? Or perhaps Ben is just biding his time, waiting to unleash the “Necktie Killer” back on the unsuspecting residents of Salem!

Days of Our Lives Spoilers: Heart Donation Battle – Will and Sonny Against Julie Getting Stefan's Heart, But Why? @celebratesoaps #dool #days #daysofourliveshttps://t.co/t3K6TkaKUa

Days Of Our Lives Spoilers – Jordan Ridgeway Was In An Accident

It’s also worth remembering that Jordan was involved in a serious car wreck and has a nasty scar on the back of her neck and back. It was implied at the time that this was the cause of Jordan’s mental health issues but it hasn’t been mentioned in a while.

But if the injury has healed, then perhaps Jordan is back to being in a good place. It would be a shame if no one believed her and Ben was really a danger to Ciara and everyone else.

Are both Jordan and Ben cured? Or are they right to suspect each other? This could be a volatile situation until its resolved and it’s the people of Salem who could pay dearly until that happens. Time will tell how it all unfolds, but you can watch Days of Our Lives weekdays on NBC or you can keep checking back here for the latest news and information!