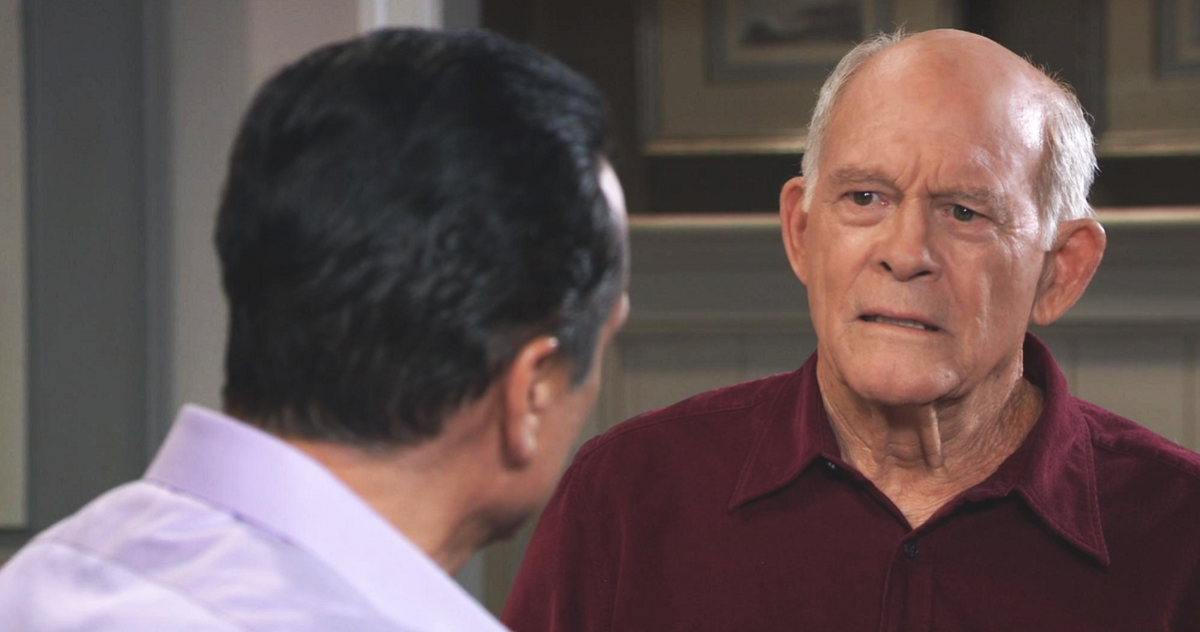 Diane Miller (Carolyn Hennesy) is furious with Jordan. Jordan says the DA deems Sam as a flight risk. Curtis speaks on Sam’s behalf as well. Jordan says the point is how many people Sam beat to the punch. Curtis hopes Jordan doesn’t win this case. Curtis tells Jordan they need to get to the wedding.

Sam mentions that more evidence will probably be fabricated against her. Sam tells Diane that someone had to be working with Shiloh Archer (Coby Ryan McLaughlin). Jason tells Sam and Diane that the baby made it through surgery fine. Sam and Jason plan to visit Carly and the baby.

General Hospital’s Jasper Jacks and Josslyn Jacks visit Carly Corinthos. Jocelyn gives Carly a card from Dev Corbin (Ashton Arbab). Carly is thrilled with the card. Carly tells Jocelyn to make sure Dev knows he is welcome. Jax realizes that Dev’s quote is Turkish and is suspicious. Jocelyn gets a ride home from Jax. Carly thanks Jax for his visit.

Carly is surprised Jax agreed to go to Nina’s wedding. Jocelyn arrives home and updates Dev. Jocelyn tells Dev to visit Carly. Jax knows Jocelyn is covering up something about Dev. Jocelyn says she has been lying to him. Jocelyn confirms that Dev isn’t Sonny’s cousin. Jocelyn says Dev being there was her choice. Jocelyn likes Dev, he provides her with a distraction. Jocelyn didn’t like lying to Jax about Dev.

Liesl brings up Nina’s mother, Sasha is glad she never met her. Curtis arrives and Nina doesn’t want him discouraging her from marrying Valentin. Maxie and Sasha leave to check on the flowers. Curtis tells Nina he was never a fan of Valentin’s but Valentin did right by her. Curtis gives Valentin his approval. Curtis gives Nina a handkerchief.

General Hospital’s Dustin Phillips (Mark Lawson) is with Lulu Spencer (Emme Rylan) Dustin wonders if Lulu has decided to tell Nina that Sasha isn’t her daughter. Valentin Cassadine arrives and introduces himself to Dustin. Lulu starts to bring up Sasha but backs down. Dustin wonders why Lulu didn’t follow through with her plan. Lulu knows Valentin will outmaneuver her. She tells Dustin that Valentin killed her brother.

Lulu wants Valentin punished. She wants to tell the truth for the right reason. Peter whisks Valentin away. Peter asks if Valentin has forsaken the dark side of his ancestry. Valentin asks Peter the same. Peter and Valentin talk about their misdeeds being exposed. Lulu says if she tells the truth it will be because it’s the right thing to do. Valentin assures Peter their past won’t catch up with them today. Lulu introduces Dustin to Jordan. Charlotte tells Lulu that Curtis visited Nina before coming there. Lulu waits outside to speak to Nina. Sasha checks to make sure Nina is following them.

General Hospital’s Mike Corbin (Max Gail) is at Sonny Corinthos’ (Maurice Benard) compound. Dev speaks to Mike and then goes upstairs. Mike tells Sonny he and his cousin have gotten close. Sonny tells Max that Avery Corinthos (Ava and Grace Scarola) was asking for him. Sonny tells Mike about his new granddaughter. Sonny wants to introduce Mike to Donna.

Jason shows up at the hospital and meets Sonny and Mike at the nursery. Jason asks Sonny if it’s ok to talk to Dev about the night on the Haunted Starr. Sam visits with Carly and they discuss the case. Dev arrives at the hospital. Jason needs to talk to him about the boat. Dev tells Jason that Shiloh was asking someone on the phone for the money. Mike tells Carly that the baby reminds him of his own daughter. Sonny and Carly named the baby Donna Courtney Corinthos (Ella and Emma Hulen). Dev tells Jason that Peter had a large gym bag on the pier.

Keep watching General Hospital weekdays on ABC and keep checking back right here for all the latest news and information!