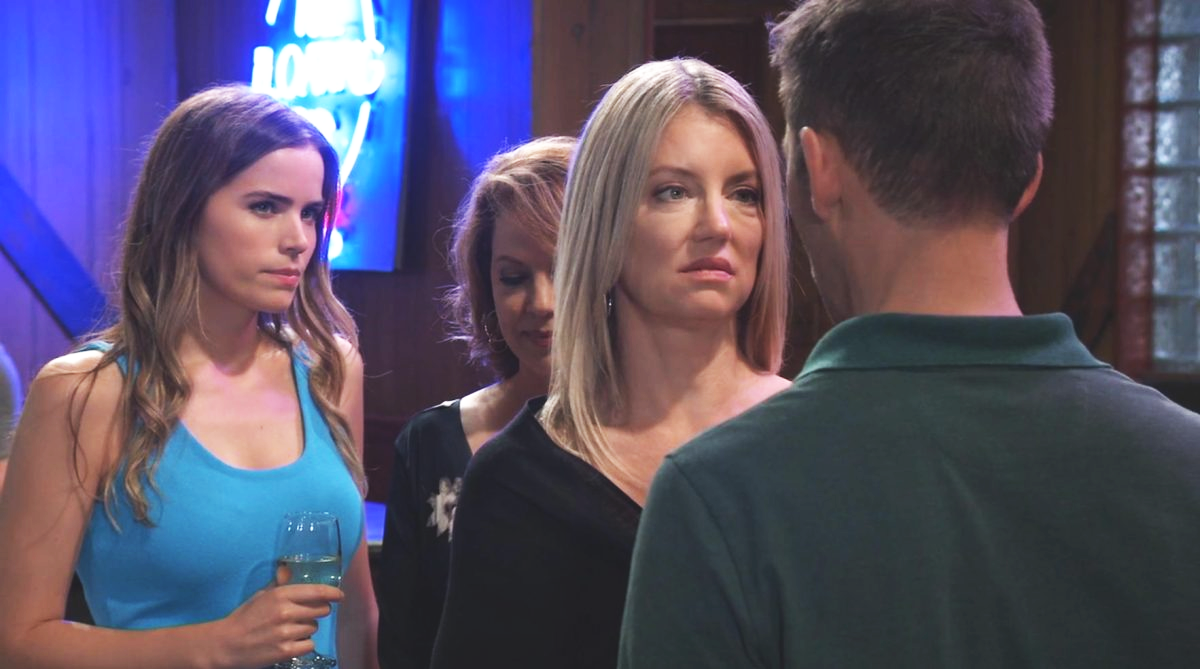 General Hospital (GH) spoilers tease wedding preparations are well underway for Nina Reeve (Cynthia Watros) and Valentin Cassadine’s (James Patrick Stuart) wedding is going on full speed ahead. The bachelor and bachelorette parties planned for the night before the wedding have taken place. But a major secret is threatening to bring the whole affair to a screeching halt.

Lulu Spencer (Emme Rylan) overheard a shocking conversation between Sasha Gilmore (Sofia Mattsson) and Leisl Obrecht (Kathleen Gati)! It seems that the two ladies discussed the fact that Sasha is not Nina’s biological daughter despite the many DNA test results Sasha has taken.

Lulu wasshocked by the revelation but ultimately wants to tell Maxie Jones (Kirsten Storms). Maxie herself has had doubts about Sasha and even conducted a secret DNA test herself. Valentin found out about it and had the test altered so Maxie let it go at the time.

Maxie and Nina are quite close and there’s no way she will let Nina go any longer without knowing the truth. Look for Maxie and Lulu to corner Sasha and issue an ultimatum. Either Sasha reveals the truth to Nina or they will.

Viewers know that Sasha is more that ready for the truth to come out but she and Michael Corinthos (Chad Duell) decided to wait until after Cassandra Pierce’s (Jessica Tuck) trial, so Sasha will seem to be a credible witness and put Cassandra behind bars. Look for Sasha to explain all of this to Maxie.

And although Maxie won’t want to see Cassandra go free, that won’t be enough to convince her to back off of her ultimatum. Sasha won’t give an answer but Maxie will promise to stop the wedding if she has to! As tensions build and the wedding begins, Sasha will likely bring the ceremony to a halt and bring to light this long held secret?

Will Lulu and Maxie convince Sasha to do the right thing before the wedding? Or will Maxie have to do it herself? Or by some chance, will wedding go on as planned? This is a secret long overdue to be revealed but how it happens is sure to bring excitement and drama to what is supposed to be a celebration of love.

Keep watching General Hospital weekdays on ABC and keep checking back right here for all the latest news and information!