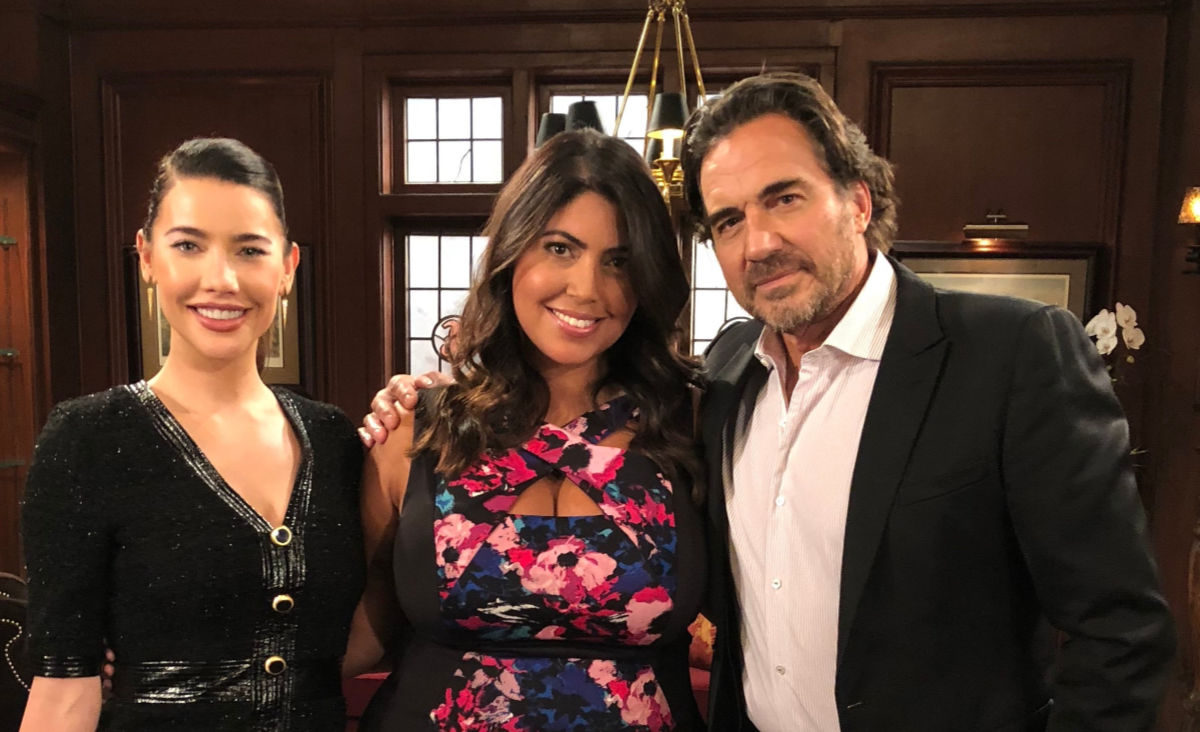 At least one of the most recent contestants from Big Brother sets foot on The Bold and the Beautiful, in the fall, and this season is no exception. Jessica Milagros, a season 21 contestant, filmed her scenes on September 30 for an episode that is scheduled to air on October 23.

The show posted a photo of Milagros on their official Instagram account and captioned “This @cbs_bigbrother star is in the house! @jmilagrosplus is on set today. Make sure to tune in to her #BoldandBeautiful debut on October 23rd!”

The character Milagros will play and the storyline she’ll be part of in the show is still being kept under wraps. However, based on the photo shared by the soap she’s with Jacqueline MacInnes Wood and Thorsten Kaye, it’s safe to say that she’ll be sharing scenes with Steffy Forrester and Ridge Forrester.

The Bold And The Beautiful Spoilers: Wednesday, October 2 – Shauna Makes A Confession – Brooke Demands Answers From A Guilty Ridge

Milagros also posted on her social media account about her recent stint and joked, “My strategy: To create a dramatic enough fall on BB21 to get me on B&B!”

“Seriously, I’m so thankful and blessed for the opportunity,” she joked.

Other contestants from “Big Brother” have guest-starred on “The Bold and the Beautiful.” Tyler Crispen and Brett Robinson from season 20 appeared on the sudser to thank Quinn Fuller Forrester’s (Rena Sofer) for her donation to their fundraiser.

Bold and the Beautiful News – Comings and Goings On The Sudser

Contestants of other reality series have also appeared on the soap. Take for example the first male winner of “America’s Next Top Model” Keith Carlos who plays the role of Danny, a bartender at Bikini Bar.

The Bold and the Beautiful Spoilers: Is Douglas’ Mental Health In Danger – Should He See A Counselor?

Joe LoCicero is still on the show portraying the role of Vincent Walker while Kyra Green of “Love Island” guest-starred for two episodes as a Forester model. Keith Carlos returned to the screen as Danny Bikini Bar’s bartender while Tisha Campbell takes on the role of Dr. Davis on October 4.