Bold and the Beautiful Spoilers: Thomas Doesn’t Care About Father’s Marriage – Shauna Wise To Be Cautious 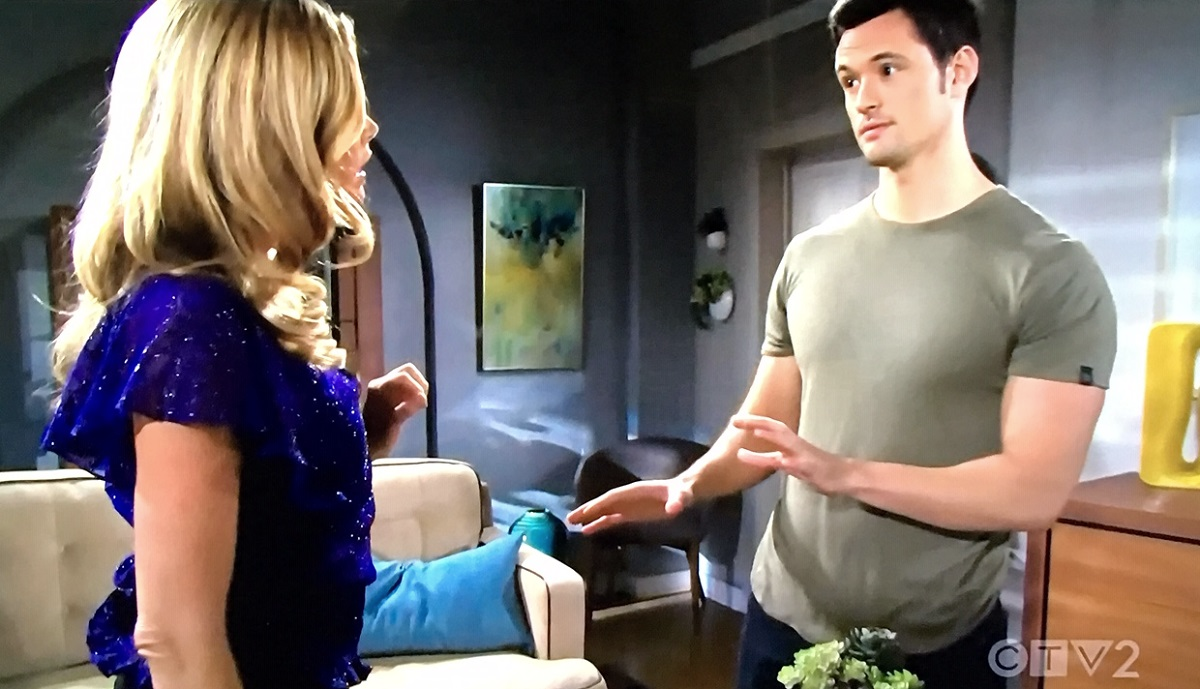 Thomas Forrester (Matthew Atkinson) is hardly interested in what his father’s next marriage may be on The Bold and the Beautiful. For now, all Thomas cares about is splitting Ridge Forrester (Thorsten Kaye) from his current wife, Brooke Forrester (Katherine Kelly Lang).

The road to success is already seen, as Brooke told Ridge that she couldn’t be around him right now. Lang’s legacy character advised her multiple time husband to be with his daughter and son. So, Ridge left Brooke’s palatial Californian estate.

Meanwhile, Shauna Fulton (Denise Richards) was surprised to learn that Brooke became aware of the help that Ridge received in the second-floor apartment at Bikini Bar from a recent night through to the morning, with breakfast included. Thomas withheld the full truth, simply arriving at Shauna and Flo Fulton’s (Katrina Bowden) apartment, telling her about the split and adding a plot sweetener.

Thomas understands that Shauna is on to him and couldn’t care less. Actually, he openly told her that they are on the same side in this battle. He wants Brooke out of his father’s life and knows that Shauna does as well.

Richards’ character has to understand that Thomas could simply tell his dad that Shauna agreed to work with him on the permanent ‘Bridge’ split-plot. Realizing that, he would be less inclined to develop a romantic connection with her. Although this is soap and the ‘Shidge’ pairing is being teased.

Shauna has been very direct with Ridge since he chose not to oppose Flo’s immunity deal, which allowed her release from jail. Ridge knows the gratitude goes beyond friendship and has evidenced early signs of being open to a deeper connection. Whether Shauna will be able to further her own goals without being entangled in Thomas’ latest web remains to be seen.

Bold And The Beautiful Spoilers – Ridge Forrester Is In The Dark

Ridge would be outraged if he knew what Thomas is doing. Engineering the belt return to Brooke at Bikini was bad. Following that by bee-lining to Shauna, updating her on developments, and then offering to cooperate on breaking his father’s marriage are betrayal acts.

The paternal instinct is being met with a hollow response. Thomas continues to abuse Ridge’s love and concern for his well-being.

It’s sad, really. Ridge admitted to Brooke that he doesn’t know how to help Thomas, but won’t throw him away because he’s his kid. Thomas appears incapable of displaying empathy, which likely is part of his undiagnosed issues.

Bold And The Beautiful Spoilers – Trouble Without Professional Help

Brooke is a poor soul. She is looking out for her family and desperately wants to protect Ridge from Thomas’ manipulation. But Kaye’s character simply can’t bring himself to see what his child has become.

Will Flo redeem herself by donating a kidney to Kate? #BB #boldandbeautifulhttps://t.co/HB3CJ4wsXd

Thomas surely isn’t going to stop if his dad’s marriage dissolves. He’s already cited Hope Forrester (Annika Noelle) as part of his enemy list. This would be the woman he claimed to love like no other, until the Beth Spencer (Madeline Valdez and River Davidson) reveal, with resulting fallout. Knowing that point, viewers can be certain that trouble will continue building with no solution in sight.