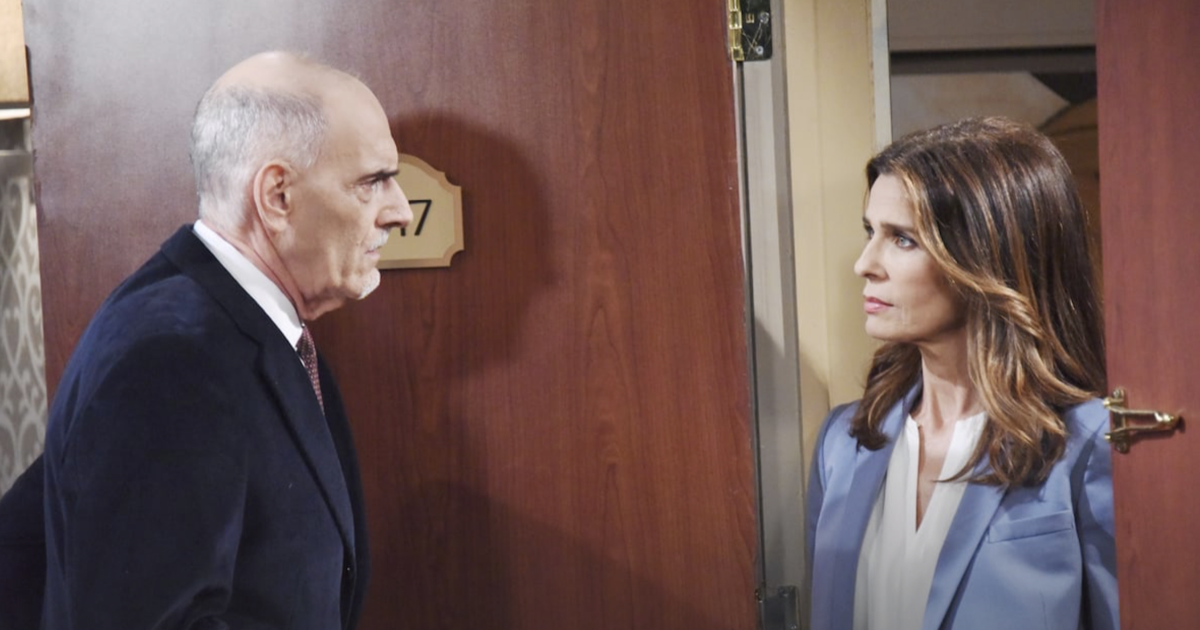 Days of Our Lives (DOOL) spoilers reveal Hope Brady (Kristian Alfonso) will undergo a personality change. There are a few Salemites that notice the difference and will get concerned. What nobody realizes is that Dr. Rolf (William Utay) is involved. He kidnaps the detective, leaving her struggling to escape.

DOOL spoilers tease that Hope ends up with a big storyline. It has been a while since she has been the focus of a plot. Well, brace yourselves because Hope Brady is going to go through something traumatic and shocking.

Someone kidnaps the Salem detective and is holding her hostage. She is trying to escape her new surroundings. However, it might be a while before she can successfully do so. Making this more complicated is that nobody even knows she is missing.

DOOL Spoilers– Will Hope Brady Be Replaced with Princess Gina?

It is suggested that nobody knows Hope is missing because she has been replaced with an imposter. Fans speculate that we are going to see the return of Princess Gina. If that is the case, then surely someone will notice she isn’t quite herself, won’t they? What about Hope’s daughter, Ciara Brady (Victoria Konefal)?

Days of Our Lives spoilers reveal that the person responsible for kidnapping Hope and replacing her is Dr. Rolf. However, what needs to be figured out is why he would do such a thing. He probably isn’t doing this on his own. So, who is ordering him to do this and what could the reason be?

Days of Our Lives Spoilers: Ben’s Desperation Leads Him to Victor – Will He Order a Hit on Jordan Ridgeway to Save Ciara Brady? https://t.co/nOMlUFpYpq pic.twitter.com/aRCKgNoemI

It turns out that two people will notice that Hope is acting odd. Those individuals are John Black (Drake Hogetsyn) and Marlena Evans (Diedre Hall). However, will they figure out that Hope is not really Hope? That it is someone else pretending to be the Salem detective?

If nobody realizes that Hope is missing, there won’t be a rescue mission. This means it will be up to the detective to try and save herself. However, how will she escape Dr. Rolf’s clutches before something awful happens?