Days Of Our Lives Spoilers: 5 Key Weekly Takeaways From DOOL October 7 To October 11 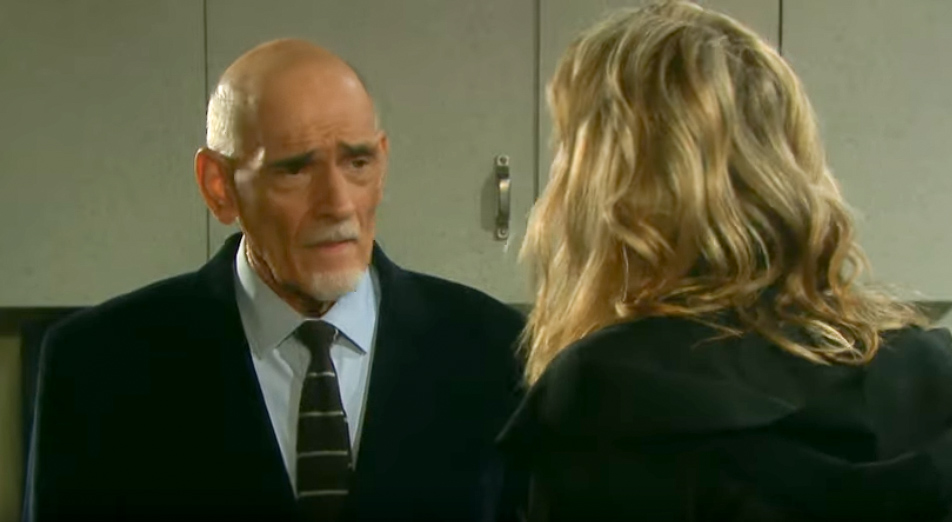 Gabi DiMera (Camila Banus) is devastated that her husband Stefan DiMera (Brandon Barash) is brain-dead after jumping into the line of fire trying to protect his mother, Vivian Alamain (Robin Strasser) from being shot by Detective Lani Price (Sal Stowers). Eli Grant (Lamon Archey) will comfort Lani, insisting that she was not at fault for Stefan’s shooting, while Vivian remains on the run. Eve Donovan (Kassie DePaiva) will run into the distraught Vivian and consider leaving Salem with her.

Meanwhile, Dr. Kayla Evans (Mary Beth Evans) suggests that Stefan’s heart might be a donor match for Julie Williams, (Susan Seaforth Hayes), who is near death and desperately needs a new heart. Gabi will fight against Julie’s family, forcing them to beg for Stefan’s heart. Eli will plead with Gabi to save Julie’s life while Gabi will plead with Dr. Wilhelm Rolf (William Utay) to save Stefan’s. Will Horton (Chandler Massey) and Sonny Kiriakis (Freddie Smith) will also try to change Gabi’s mind about donating Stefan’s heart to Julie, and finally by the end of the week Doug Williams (Bill Hayes) and the rest of Julie’s family will prepare to say a final goodbye to her.

2) DOOL Spoilers – Dr. Wilhelm Rolf Up To His Old Tricks With Hope Brady

Dr. Rolf is up to his old mad scientist tricks when he injects Hope Brady (Kristian Alfonso) with an unknown substance and then holds her captive! She will struggle to escape from Rolf as he puts his plan in motion, and later Eli will find her asleep in the hospital chapel. Kayla will kick Rolf out of his lab in Salem University Hospital and find him with Julie’s rosary and wonder why he would have it! This will lead up to Hope exhibiting some strange behavior in the next few weeks!

Ben Weston (Robert Scott Wilson) will have increasing problems with his sister, Jordan Ridgeway (Chrishell Hartley), as he has a nightmare that she kills his girlfriend, Ciara Brady (Victoria Konefal). He will go to Victor Kiriakis (John Aniston) and try to convince him to eliminate his sister, while Ciara finds herself in close quarters with Jordan.

Days of Our Lives News: Kate Mansi Takes On A New Role – All About Her Salem Comeback https://t.co/liWHOZLK3J pic.twitter.com/FJ2dlrmZp3

Meanwhile, Brady Black (Eric Martsolf) has Kristen DiMera problems! He breaks the news of her pregnancy, presumably with his baby, to Victor, and then moves her into the Kiriakis mansion, which really upsets Victor! If things couldn’t get worse, Jordan befriends Kristen!

Xander Kiriakis (Paul Telfer) tries to come up with a plan to keep Sarah Horton (Linsey Godfrey) from moving out of Salem. She doesn’t want to risk Eric Brady (Greg Vaughan) and Nicole Walker (Adrienne Zucker) finding out she’s pregnant and deducing the baby is Eric’s, which it likely is. She decided she wants to keep her baby but can come up with no other way to hide the truth from Eric and Nicole than to leave Salem! Xander is in love with Sarah and doesn’t want her to leave, so he will brainstorm to find a way for her to stay that she will go along with!

That’s all for this week’s five key takeaways from Days of Our Lives. Stay tuned to the show, and keep checking Days of Our Lives spoilers frequently for all the latest news, updates and developments!