Days of Our Lives Spoilers: Eli Pleads With Gabi To Save Julie’s Life, Will She Agree? 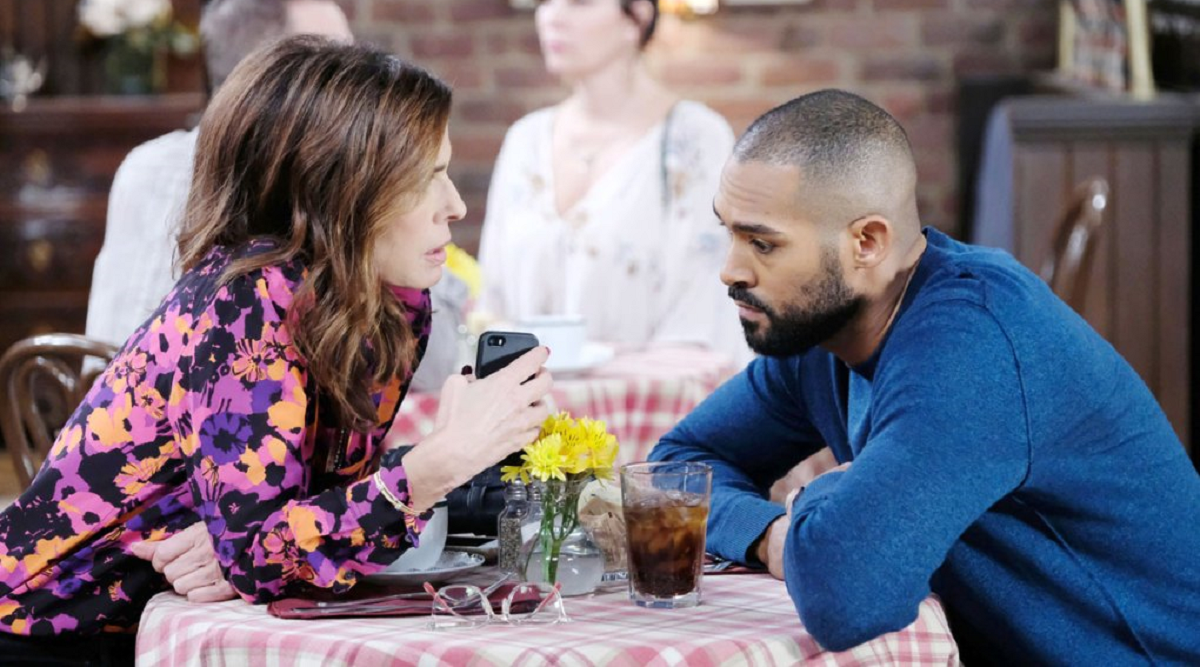 Days of Our Lives (DOOL) spoilers tease that Gabi DiMera (Camila Banus) will be faced with a tragic situation. She’ll get the news that no one wants to hear – that her husband Stefan DiMera (Brandon Barash) has been involved in a terrible accident. As DOOL viewers know, Vivian Alamain (Robin Strasser) was on the run from the Salem PD after her attempted murder of Kate DiMera (Lauren Koslow), when detective Lani Price (Sal Stowers) cornered her in the park.

After a brief stand-off, Lani ordered Vivian to drop her weapon, but Vivian didn’t comply, causing Lani to open fire on Vivian. But unfortunately, Stefan happened upon the scene at that instant and flung himself into the path of the bullet. He was hit and mortally wounded. And as DOOL viewers know, his prognosis is terrible – he has no neurological activity and has no hope of recovering.

Well, that’s going to leave Gabi absolutely devastated. She’s really come to love Stefan and the two were planning a long, wonderful life together. According to DOOL spoilers, she’ll want Dr. Wilhelm Rolf (William Utay) to step in and perform a life-saving maneuver on Stefan. After all, Rolf recently brought Kate back to life with his serum, so Gabi will figure that he can bring Stefan back, too.

But for whatever reason, Rolf will be either unwilling or unable to revive Stefan. Perhaps the damage to his organs will be too extensive for Rolf’s serum to work on hm. At any rate, things will look bleak as Stefan has no hope of recovering.

But there will be a silver lining in the story, as Julie Williams (Susan Seaforth Hayes) will have a good chance of survival…if she gets Stefan’s heart. The only problem will be that Gabi will still be hoping that Stefan will make a miraculous recovery, and she won’t be willing to donate Stefan’s heart. So, Eli Grant (Lamon Archey) will decide to take action. He’ll want his grandma to live, and he’ll see that her getting Stefan’s heart is the only way to make that happen.

So, according to DOOL spoilers, Eli will have a long talk with Gabi, during which he begs her to make a life-saving decision for his grandmother. Of course, DOOL viewers will remember that Eli and Gabi used to be a couple, but that Gabi and Julie have never gotten along. It will be a big request, and Gabi will have a lot to consider.

Ultimately, DOOL spoilers say that Stefan will die and that Julie will indeed get his heart, so it looks like Eli’s plea to Gabi will ultimately be successful. But the whole situation will leave Gabi devastated, as she has to say goodbye to her husband to give the gift of life to Julie.