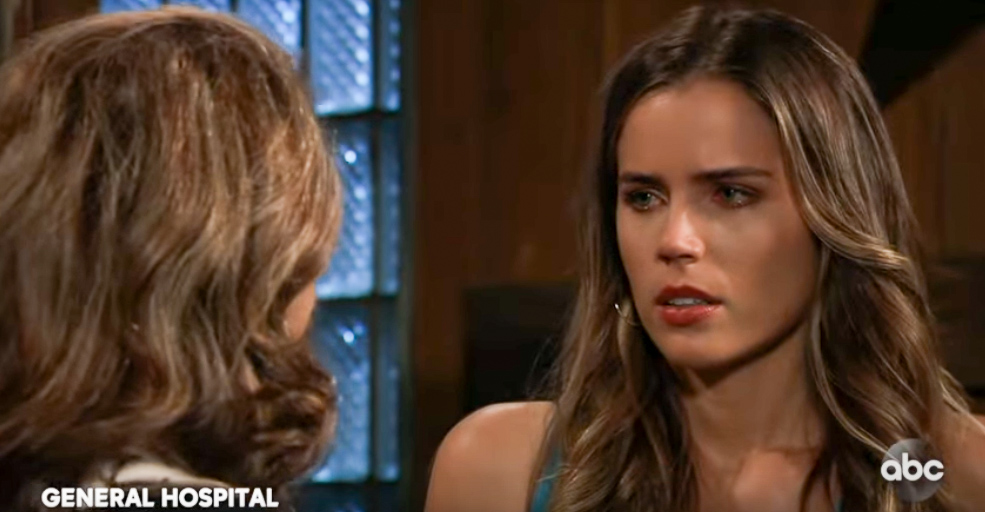 Lulu Spencer (Emme Rylan) reveals Sasha Gilmore’s (Sofia Mattsson) fake daughter secret at the wedding of Valentin Cassadine (James Patrick Stuart) and Nina Reeves (Cynthia Watros) this week on GH. She will be on edge as she prepares to tell Nina, and Nina will not believe it at first. However, Lulu’s declaration will be confirmed as Sasha can’t bring herself to tell Nina the truth, especially not on her special day!

Dustin Phillips (Mark Lawson) will remain protective of Lulu as the events unfold, while Jordan Ashford (Briana Henry) will comfort Curtis Ashford (Donnell Turner) over being duped by Valentin. Valentin, meanwhile, will be indignant, Michael Corinthos (Chad Duell) will continue to support Sasha, while Nina will be thrown for a loop! Afterward, Lulu will take she and Valentin’s daughter, Charlotte Cassadine (Scarlett Fernandez) to brunch to try and explain the whole mess!

Jasper Jacks (Ingo Rademacher) will be proud of his daughter Josslyn Jacks (Eden McCoy) for telling him the truth that Dev Cerci (Ashton Arbab) is not really Sonny Corinthos’ (Maurice Benard) cousin! Jax will lay into Sonny for his lies and putting his teenage daughter in possible danger from an unvetted, mysterious Turkish street urchin and open his home to Joss to move in. Joss is optimistic everything will work itself out eventually.

Sam McCall, (Kelly Monaco) Damian Spinelli, (Bradford Anderson) and Jason Morgan (Steve Burton) fight – for Sam’s freedom from the trumped-up charges against her for the premeditated murder of Shiloh Archer (Coby Ryan McLaughlin). Spinelli will get to work putting the recording that Daisy Kwan (Kelsey Wang) brought into Jordan through his own forensic audio analysis, which is likely cutting edge and much more sophisticated than what the Port Charles Police Department has access to; he will strive to prove the recording is a fake by proving parts were edited together from other recordings.

Peter August’s (Wes Ramsey) secrets won’t be revealed this week, but GH is getting close! Spinelli makes a discovery and has been able to prove that Peter and Shiloh were working together, and Peter will cringe when Robert Scorpio (Tristan Rogers) makes a sad announcement; this is likely to be regarding Drew Cain’s (Billy Miller) remains being found. At this point, a positive ID would only be possible through forensic analysis of teeth or bones, and if all they have is a tooth or finger or toe bone, even that is not certain to confirm his death since those parts can be removed to suggest death! If a whole skeleton or skull or larger bones are found and used for identification, then it’s a different story.

Franco Baldwin (Roger Howarth) remains in Shadybrook while his wife, Elizabeth Baldwin (Rebecca Herbst) waits on Andre Maddox (Anthony Montgomery) to recover sufficiently to see if pre-2012 Drew Cain’s (Steve Burton) memories can be removed from his brain successfully. Elizabeth will remain ruthless in regards to getting her husband dug out mentally and personality-wise out from under Drew’s memories and personalities in the meantime, and Dr. Monica Quartermaine (Leslie Charleson) will also pay him another visit.

That’s all for this week’s Five Key Takeaways from General Hospital; stay tuned to the show, and keep checking General Hospital spoilers frequently for all the latest news, updates and developments!