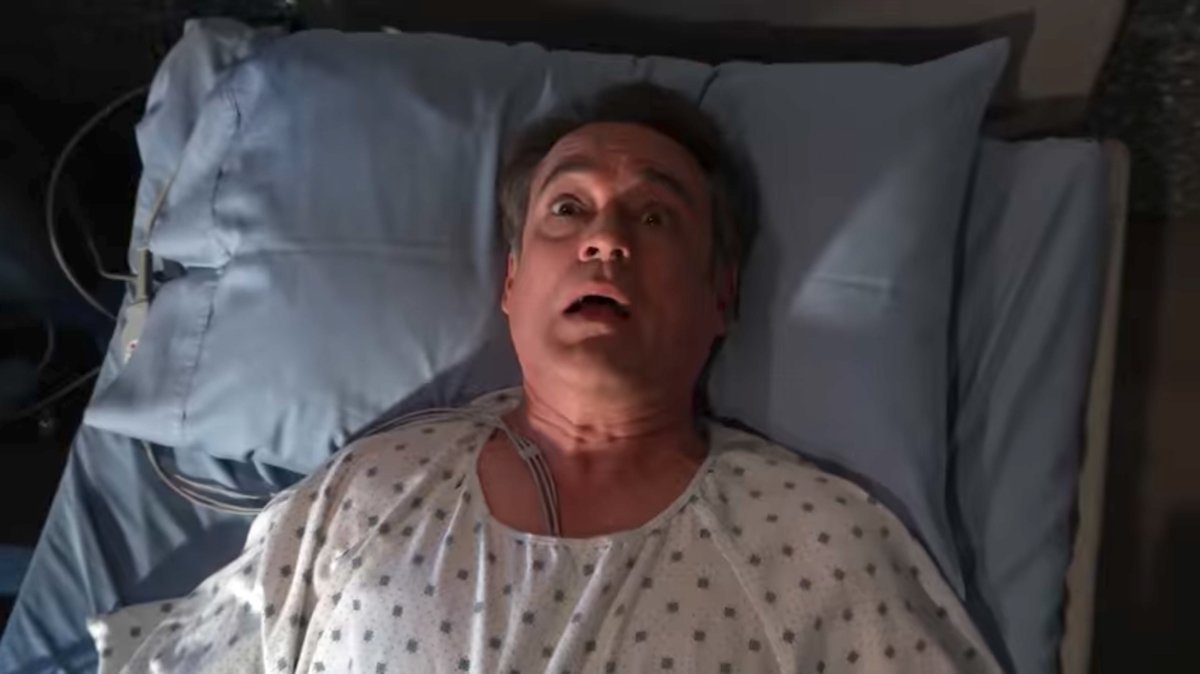 General Hospital (GH) spoilers tease that Ryan Chamberlain will be asking someone for help soon on the ABC soap opera.

As viewers will recall, Ryan Chamberlain (Jon Lindstrom) has been stuck in Pentonville Prison for several months now; he was tricked by several collaborators into “donating” his kidney to Police Commissioner Jordan Ashford (Briana Nicole Henry) and then being transported straight into the prison infirmary after the transplant was completed!

Other General Hospital spoilers tease that his former lady love and goddess Ava Jerome (Maura West) will pay him a visit, but it’s doubtful that she will be responding to his pleas for help, although she may visit him to get some closure in her own mind for some things!

Viewers will recall from episodes several months ago, June 13, 2019, to be exact, that Ryan and Nelle Benson (Chloe Lanier) became friendly and bonded over their shared experiences of having their kidneys stolen and also wanting some revenge on people back in Port Charles; Carly Corinthos (Laura Wright) in particular! He felt it was fate that brought them together behind prison walls and that they would help each other in the future.

Now that Nelle has a high-powered lawyer named Martin Grey (Michael E. Knight) who specializes in difficult cases to help her get parole, perhaps Ryan will want his help too, or perhaps Nelle’s once she gets on the outside. It doesn’t sound like General Hospital is going to have them escape together, as many fans figured, and with Shiloh Archer (Coby Ryan McLaughlin) dead, he won’t factor into an escape plot either.

When the description of Michael E. Knight’s new character was released, it described him as being involved with many different people in trouble in Port Charles, and capable of all kinds of shenanigans! Ryan is nowhere near being eligible for a parole hearing, and probably never will be granted parole, but that doesn’t mean that he cannot appeal!

When Ava visits Ryan, he may gain her sympathy when he tells her about how his kidney was stolen without his consent and then be able to convince her to help him with legal fees, perhaps telling her that he wants to appeal his sentence because of the fraud involved with his kidney. He may say he knows he will never be freed or paroled, but maybe he can at least get into a better prison or a better part of Pentonville where prisoners are treated more humanely!

Besides, Ryan was put in prison without a trial! That way he would have a bargaining chip to hire Martin Grey to appeal his case and to get a new trial. The absence of a trial combined with a stolen kidney would be grounds for an appeal of his sentence or at least to get a new trial!

The way Dr. Hamilton Finn, (Michael Easton) Curtis Ashford, (Donnell Turner) Dr. Kevin Collins (Jon Lindstrom) went about obtaining Ryan’s kidney violated his human rights and his being put straight into Pentonville Prison with no trial violated his constitutional rights to a fair and speedy trial. It is understandable that they put him in Pentonville because they had an infirmary, and he had just had a major operation, but after he recovered he should have been transferred back to the Port Charles Police Department jail to await his trial date, not been kept in Pentonville Prison!

This did not happen, and it was probably because he is so dangerous, but even the most dangerous criminal still has human rights and constitutional rights! This will be the focus of Martin Grey’s case regarding Ryan Chamberlain, should he choose to represent him!