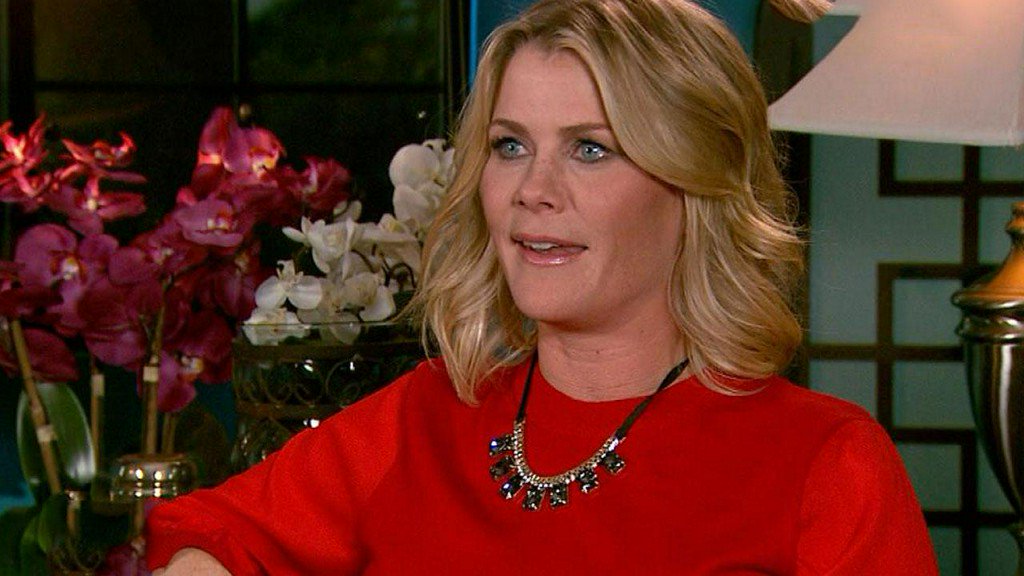 Former Sami Brady on Days of Our Lives, Alison Sweeney joins the cast of an upcoming holiday movie for Hallmark Movie & Mysteries. The film called Time For You To Come Home For Christmas revolves around the story of a recent widow named Katherine, who meets a veteran as she travels home for Christmas with her son.

The upcoming Blake Shelton movie stars Lucas Bryant of Marvel’s Agents of SHIELD who will play Sweeney’s love interest. The new film is a sequel to Time For Me To Come Home for Christmas, a movie that’s based on Shelton’s 12 songs and starred Megan Park and Josh Henderson.

This is Sweeney’s second Hallmark Christmas movie after Christmas at Holly Lodge back in 2017. The production is underway in Vancouver.

Sweeney was 16 years old when she took on the role of Samantha “Sami” Brady in the NBC soap opera Days of Our Lives, a soap she loves to watch.

After 21 years of portraying Sami, Sweeney announced in 2014 on The Ellen Degeneres Show that she’s leaving Days of Our Lives so she could spend more time with her family and focus more on her show The Biggest Loser.

In that same year, she announced that she joined General Hospital, not as an actor but as a director. A year later, she came back to the show to be part of its 50th anniversary. Between 2015 and 2017, she appeared on Murder She Baked. She left The Biggest Loser in 2015 and then in 2017, she reprised her role as Sami, 24 years after she first appeared on the show.

Days of Our Lives Spoilers for Friday, Oct 4: Julie's Time Is Short – Lani Aims At Vivian But Shoots Stefan

Days Of Our Lives Spoilers – Stefan DiMera Is Seriously Hurt

Days of Our Lives spoilers tease that Stefan DiMera (Brandon Barash) will be in bad shape after getting shot by Lani Price (Sal Stowers) when he tried to kill Vivian Alamain (Robin Strasser).

Stefan will sustain grave injuries after getting shot in the throat. Lani tends to his injuries while Vivian will getaway. Stefan is rushed to the hospital while Lani remains shaken by what she’s done. The news about the shooting incident will reach Gabi DiMera (Camila Banus) who will rush to the hospital to check on her husband.

Meanwhile, Doug Williams (Bill Hayes) and Julie Williams (Susan Seaforth Hayes) take a trip down to memory lane as both believe that Julie is dying.