The Young and The Restless Spoilers: Cane Beat Up After Getting A Text To Meet Chance, Adam Behind It? 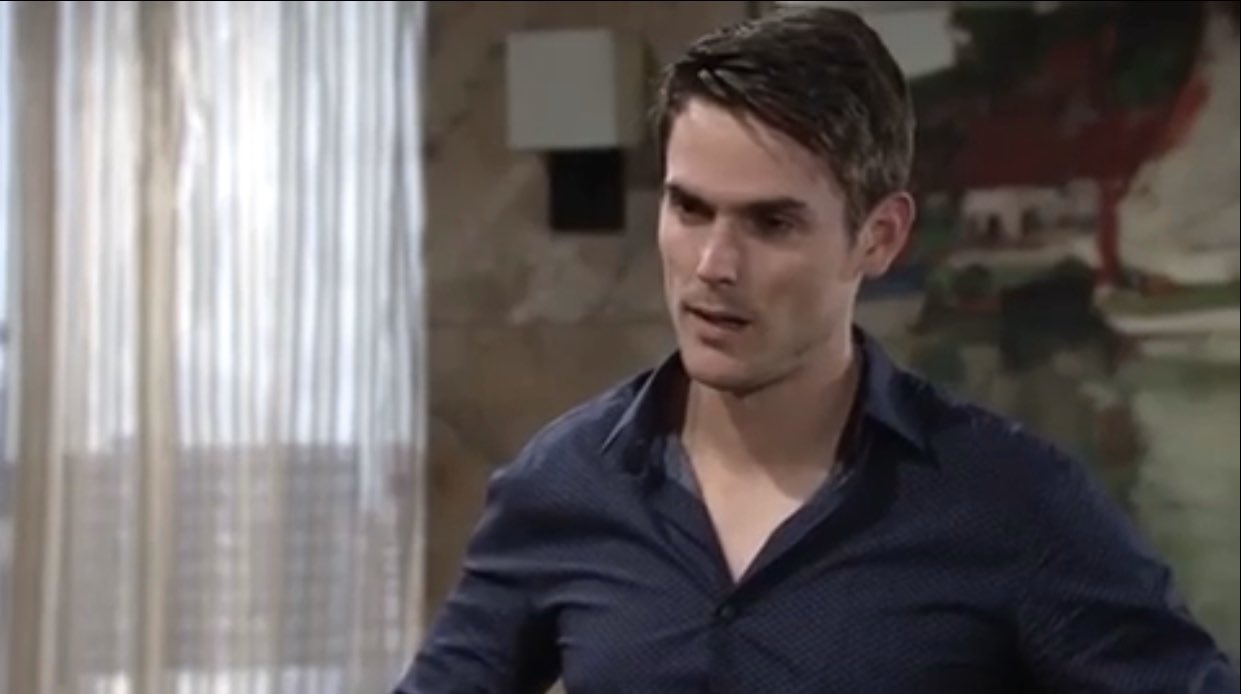 The Young and The Restless (Y&R) spoilers tease that Cane Ashby (Daniel Goddard) gets beat up in Las Vegas after getting a text to meet Chance Chancellor (John Driscoll); but is it really Chance, or is Adam Newman (Mark Grossman) behind the whole thing?

Cane knew that Adam and Chance had connected when Adam was in Las Vegas before, prior to Victor Newman (Eric Braeden) bringing him back to Genoa City. Cane also knows, as Jill Abbott (Jess Walton) also knows, that Chance would never get involved in something so shady as a challenge to a will that had been settled years ago, and that Katherine Chancellor (Jeanne Cooper) left the bulk of her estate to Devon Hamilton (Bryton James), not Cane himself!

The fact that the lawyer that was hired, Amanda Sinclair (Mishael Morgan) is a doppelganger of Devon’s late wife, Hilary Hamilton (Mishael Morgan) also smacks of a scam. Add to that the fact that Adam left Genoa City before Amanda received the “real will” copy supposedly overnighted to her by Chance when Adam was already in Las Vegas gambling under the name “Spider”, and bingo! There is every possibility that Adam is behind this whole thing!

Cane runs into Phyllis Newman, (Michelle Stafford) Adam’s only friend, who came to Las Vegas ahead of Cane after eavesdropping on his phone call! Phyllis may have followed him thinking he knew Adam was there because she is looking for Adam too.

Cane is likely suspicious as to why Phyllis is there because her telling him she was curious about why he was going to Las Vegas, which he doesn’t tell her, is just as suspicious as her eavesdropping on his phone call, to begin with! He had previously asked her where Adam was, and she said she didn’t know! Cane first tries to find Adam, then tries to find Chance. Someone, besides Phyllis, is keeping an eye on Cane, and it is likely someone who knows him!

Later, Cane receives a text, supposedly from Chance, that he wants to meet him. When Cane gets to the place where he and Chance are supposed to meet, someone sneaks up on him from behind, clocks him, and knocks him out! This is, even more, telling that it’s not Chance who sent the text, sent the will copy or is behind the challenge to Katherine’s will!

Someone certainly doesn’t want Cane to uncover the truth or their true identity, and that someone knows Cane’s cell phone number, knows he’s in Las Vegas, and knows he’s looking for Chance Chancellor and possibly that he’s looking for Adam Newman as well!

Who stands to lose the most if he is outed as the person behind the challenge to Katherine’s will? All roads seem to point to Adam! Stay tuned to The Young and The Restless and keep checking Y&R spoilers frequently for all the latest news, updates, and developments!