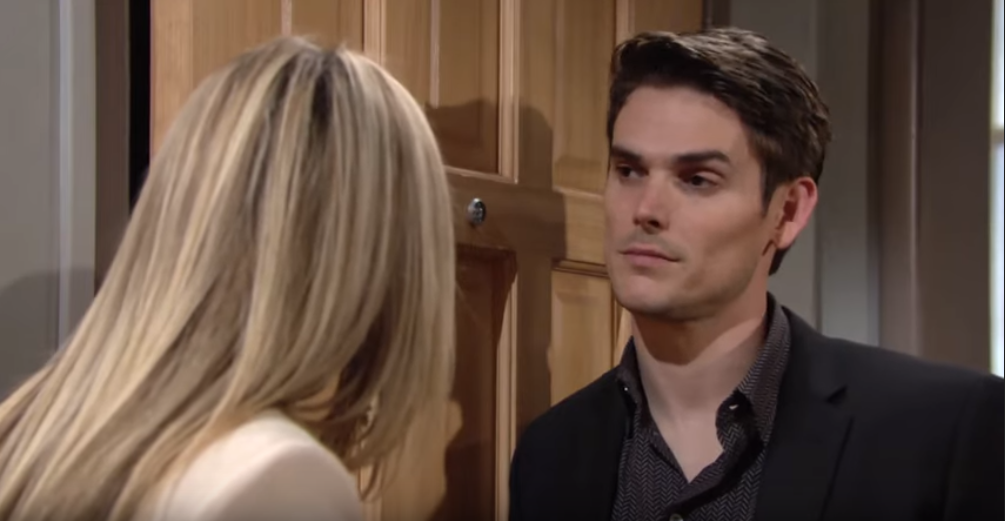 The Young And The Restless Spoilers tease that this upcoming week will be full of confrontations and exciting drama among the power players of Genoa City, and Y & R fans should be pleased!

Phyllis Newman, (Michelle Stafford) who followed Cane Ashby (Daniel Goddard) to Las Vegas after eavesdropping on his phone call to arrange his flight, has arrived in Las Vegas ahead of Cane and apparently has found Adam Newman (Mark Grossman) ahead of Cane as well! In The Young and The Restless weekly promo video, it shows Phyllis at a poker table with Adam, and he wants her to play poker with him.

Phyllis tells Adam she’ll play for chips, but they’re not playing for money. She knows him well enough that if they play for the money he’ll probably play dirty poker and take her for everything she has! Phyllis has a bit of con woman in herself, and it takes a con to know a con, but no one can outcon a con! Will she tell him Cane is looking for him? She might!

Devon Hamilton (Bryton James) has a serious discussion with Theo Vanderway (Tyler Johnson) about Theo’s employment; Devon tells Theo that he has serious problems with Theo’s ego and his ambition, and he will no longer be employed with any part or division of Hamilton-Winters in any capacity! Devon explains that his ego and ambition have become liabilities for the company. Theo looks shocked, of course, thinking that he is a benefit to any company and views himself as the best of the best. He will likely become huffy about it and go storming off and head out for the next party he can find with women, booze, and stuff to get high!

Elsewhere, Victoria Newman (Amelia Heinle) has found out through the news media, that her father Victor Newman (Eric Braeden) is coming back to Newman Enterprises as CEO full time and is upset that he didn’t tell her first! The family is at the Grand Phoenix for an event celebrating the ribbon-cutting of their new charity, “New Hope” and she is asked for a comment on a rumor about his coming back fulltime and as she approaches the media representative, Victor arrives and answers the question for her affirmatively! Victor will return as CEO and Victoria will remain as COO but it’s a demotion.

She becomes emotional and worries about how all the responsibility will affect his health and Victor’s unmoved. She leaves the event angry and when she gets to the offices of Newman Enterprises, she throws a letter opener into the portrait of her father and to the portrait, bitterly says he’s not getting away with it this time! She feels that he only put her in charge to get under Adam’s skin and feels like Victor just keeps using her and then letting her down.