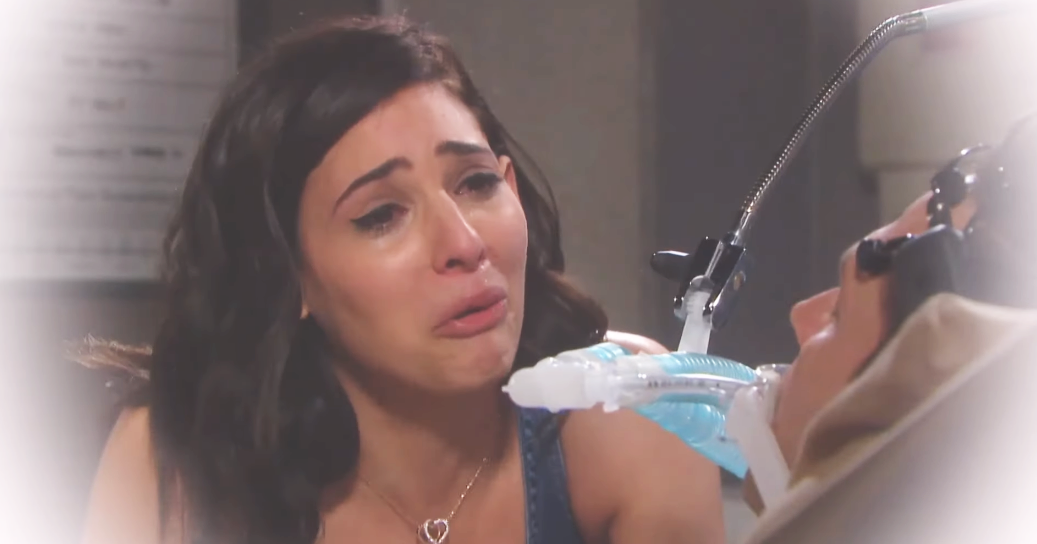 Days of Our Lives (DOOL)  spoilers for Tuesday, October 8, tease that Gabi DiMera (Camila Banus) will remain distraught over Stefan DiMera’s (Brandon Barash) condition. She found out Stefan’s brain dead, but she’s stuck in denial right now. Gabi just can’t bear to let go of her future with Stefan. They had all kinds of big dreams, so Gabi hates the thought of those being dashed forever.

That’s why Gabi will track down Dr. Wilhelm Rolf (William Utay) and insist he has to save Stefan. “Days” spoilers state that Gabi will make her demands and perhaps resort to begging.

However, Dr. Rolf won’t be able to come through for Stefan. Gabi will continue clinging to hope, but Rafe Hernandez (Galen Gering) will ultimately convince her it’s time to accept Stefan’s fate.

Days Of Our Lives Spoilers: 5 Key Weekly Takeaways From DOOL October 7 To October 11

As Ben tosses and turns over his concerns, Jordan and Kristen DiMera (Stacy Haiduk) will become fast friends. They’ll see some similarities in each other and maybe even the possibility to help each other out. Days of Our Lives spoilers say these DOOL characters could be great allies, but they’ll need to watch their backs!

Over with Victor Kiriakis (John Aniston), he’ll blow his top over Kristen’s pregnancy. Brady Black (Eric Martsolf) will fill his granddad in and argue that he intends to step up as a father. He’ll stand against Victor, who’ll be adamant that Brady should have nothing more to do with Kristen. Despite Brady’s reservations, he’ll know finding a way to co-parent is his best bet here.

Of course, Kristen wants to build a happy, united family with Brady. She’ll do everything she can to make that happen, so expect plenty of hot Days drama. It sounds like some fantastic scenes are coming up.

We’ll give you updates as other news and rumors emerge. Stick with DOOL and don’t forget to check back often for the latest “Days of Our Lives” spoilers, rumors, updates, and news.