Days of Our Lives Spoilers: Kristen DiMera Reveals Why Vivian Was Resurrected – but Kate’s Still a Problem 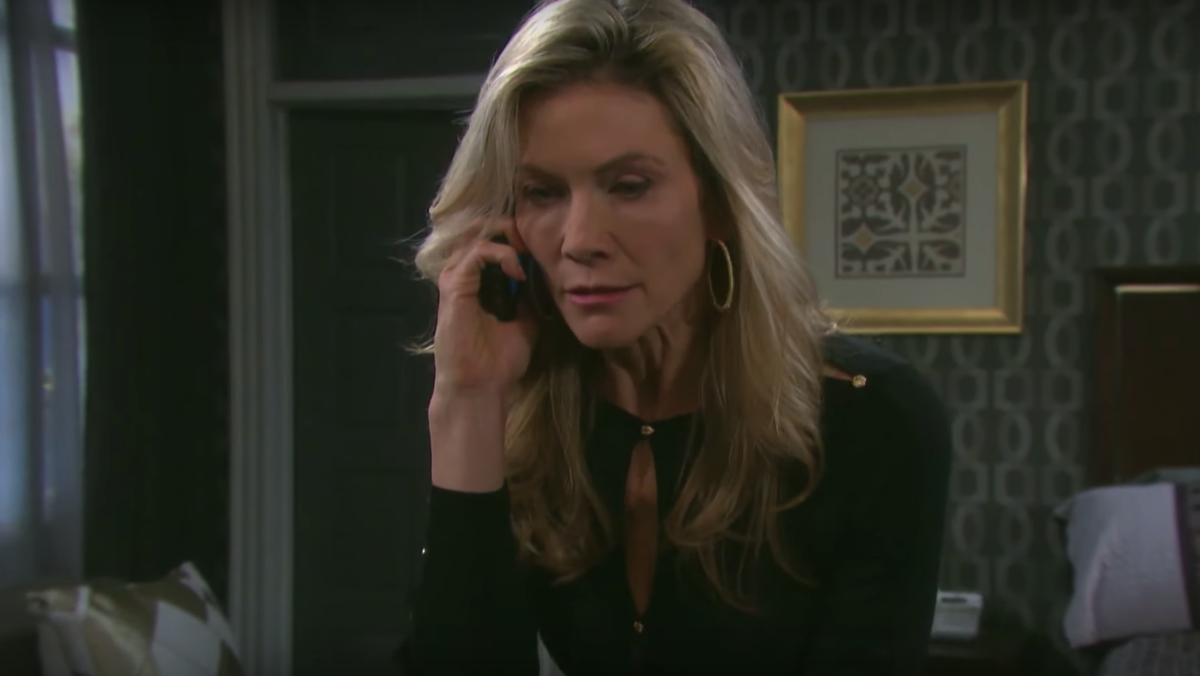 Days of Our Lives spoilers reveal the reason why Kristen DiMera (Stacy Haiduk) had Vivian Alamain (Robin Strasser) brought back from the dead. However, Kate Roberts DiMera (Lauren Koslow) refused to die, so she is still an obstacle. How will Kristen handle this situation?

During a recent episode of DOOL, Vivian went to seek help from Kristen. The authorities were after the resurrected Salemite and needed a place to hide. Of course, Kristen was too consumed by her own problems. However, Vivian was prepared and whipped out her gun.

Then, the conversation went to why Kristen brought back Vivian from the dead in the first place. Stefan DiMera’s (Brandon Barash) mother was right about one thing. Kristen doesn’t do anything unless it’s going to benefit her in some way.

Days of Our Lives Spoilers for Monday, October 7: Gabi Is Devastated When She Learns Of Stefan’s Prognosis – Kayla Reveals A Solution To Saving Julie’s Life – Eve Runs Into A Distraught Vivian And Debates Leaving Town With Her https://t.co/ODJsPWhUEi pic.twitter.com/170lVTs0ko

This is when it was explained that Kristen had a goal of taking over DiMera Enterprises. However, Stefan was a bit of an issue. The villainess brought back Vivian as a way to distract Stefan. However, her plan ended up backfiring in some ways.

She wasn’t prepared for Gabi Hernandez DiMera (Camila Banus) to be picked over her. She also didn’t expect Kate to end up being the CEO after that.

Days of Our Lives spoilers reveal that although Vivian has tried to kill Kate more than once, she hasn’t succeeded. One of those attempts landed Kate in a coma, but Dr. Rolf (William Utay) injected her with the serum. This wasn’t ordered by Kristen, but he did it out of loyalty to Stefano DiMera (Joseph Mascolo).

This means that if Kristen is still interested in DiMera Enterprises, then Kate will continue being a problem.

Kristen rarely gives up on her goals. However, she is a bit distracted right now. For the time being, she will concentrate on Brady Black (Eric Martsolf) and their unborn child. However, that doesn’t mean Kristen doesn’t have future plans to get rid of Kate and take over as CEO of DiMera Enterprises.