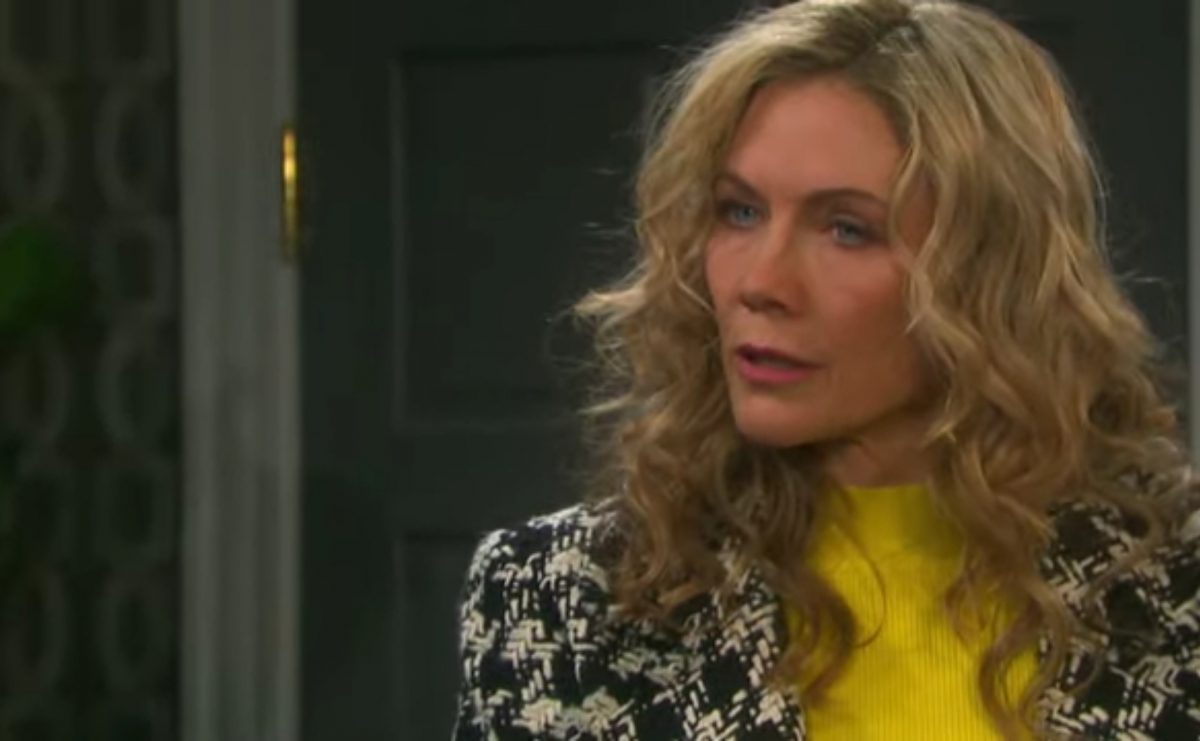 Days of Our Lives (DOOL) spoilers tease that there may still be a mystery partner working with Kristen DiMera (Stacey Haiduk) all this time. Vivian Alamaine (Robin Strasser) recently questioned Kristen about this very thing, and while Kristen did a good job evading Vivian’s questions, it did seem like Vivian might have been on to something. Vivian brought up Stefano (the late Joe Mascolo) but although Stefano is alive and out there somewhere, the show has made a point not to recast, out of respect to the original actor. It’s unlikely the show will reverse this stance, so a Stefano appearance seems unlikely. But that begs the question, if there is an accomplice and we can rule Stefano out, then who could it be?

One long shot could be that Kristen has been working with her brother, Peter Blake (last played by Jason Brooke). Peter and Kristen were both adopted by Stefano. For a time, Peter was involved with Jennifer Horton (Melissa Reeves) and Jack Deveraux’s competition for a long time. Peter was not above doing things that were bad or illegal, so he is always a possibility. Plus Jack and Jennifer will need a new storyline and Peter’s return would definitely fit the bill. But Peter hasn’t been seen in a long time, so would Days even bother bringing him back?

The last time viewers saw Andre DiMera (Thaao Panghlis) he was lying dead on the floor of his office at DiMera Enterprises. Abby (then Marci Miller, Kate Mansi) killed him in self-defense. And although its possible he is still dead, there is also a chance he was revived with Dr. Rolf’s serum. Andre has done some pretty despicable things in the past, so it’s quite likely he would be willing to be Kristin’s partner in crime although he was somewhat tamer in recent years.

Days of Our Lives Spoilers – A brand new villain!

Perhaps the thing that Days of Our Lives needs the most is a brand new villain. In recent years, Kristen has basically been the overreaching foe in Salem. Perhaps someone new is coming to shake things up. Stefano cast a long shadow in Salem, so maybe now it’s someone else’s turn.

Days of Our Lives Spoilers: Kristen Reacts to Stefan’s Shooting – Villainess Has a Heart After All? @celebratesoaps #days #dool #daysofourliveshttps://t.co/iCFlzZ4OAI

DOOL Spoilers – What do you think?

Has Kristen a silent partner all this time? Could it be Peter Blake? Andre DiMera? Is it someone new? Time will tell, but you can watch Days of Our Lives weekdays on NBC, and check back here regularly for all your DOOL news and information!