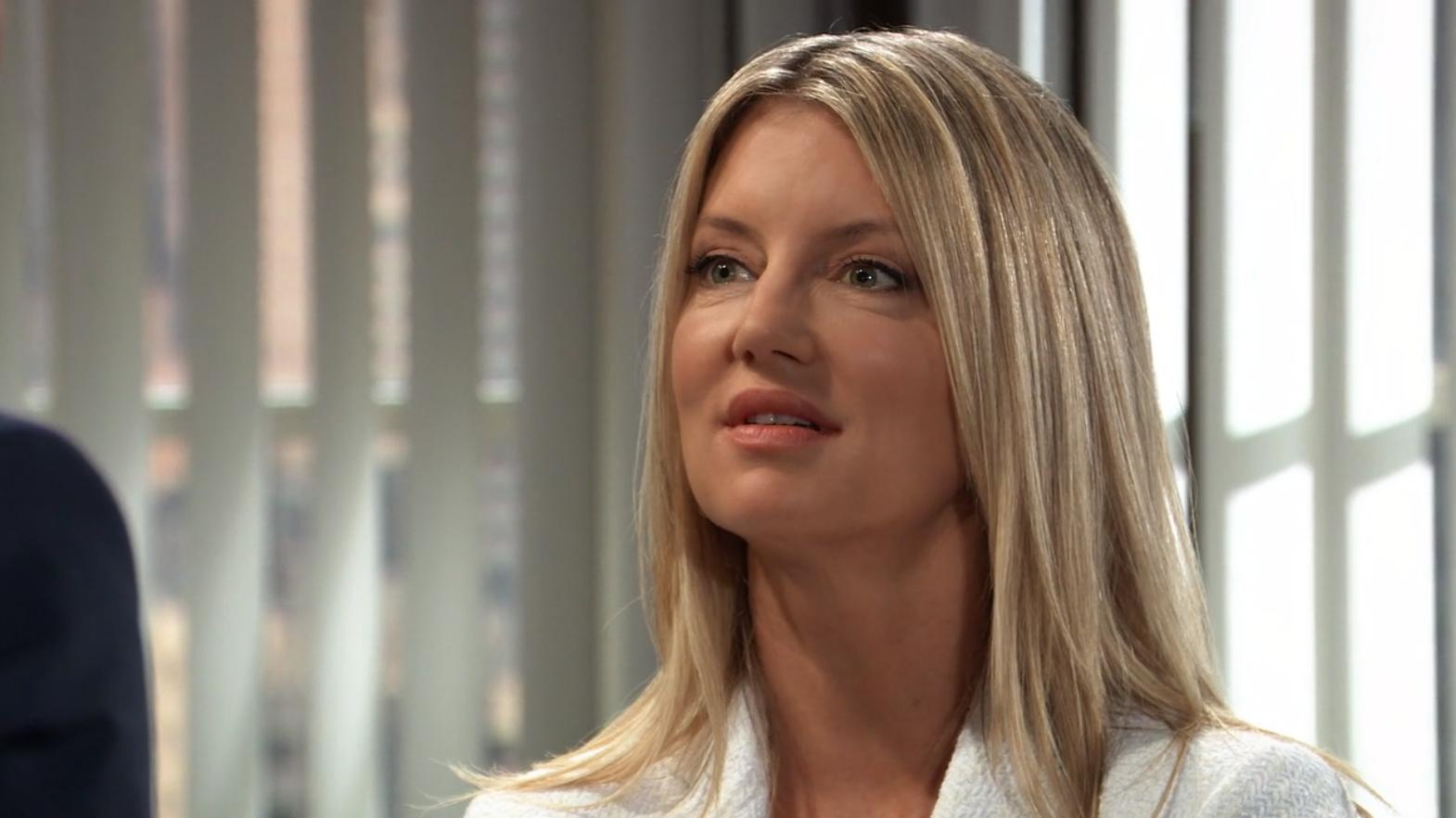 General Hospital (GH)  spoilers tease that Maxie Jones (Kirsten Storms) will be relieved that the truth is out about Sasha Gilmore (Sofia Mattsson)! Maxie had feared all along that Valentin Cassadine (James Patrick Stuart) had pulled a fast one on Nina Reeves Cassadine (Cynthia Watros) and created a fake daughter for her, and now she knows she was right!

GH viewers will recall that Maxie had engaged her boyfriend, Peter August (Wes Ramsey) in a search for the truth months ago, having taken her for a manicure and stolen her nail clippings from the garbage and having them tested, only to find out they were African-American; Stella Henry (Vernee Watson) had also been having a manicure and Maxie apparently had gotten hers instead of Sasha’s.

They tried again and got a legitimate DNA source to be tested – and lo and behold, it showed that Sasha was Nina’s daughter! But Maxie still was suspicious deep down, even though for all those months she saw Nina and Sasha bonding more closely than most real mothers and daughters with each other!

Lulu Spencer (Emme Rylan) heard every sordid detail of the fraud during the bachelor/bachelorette party at the Floating Rib the night before the wedding, because she was in the restroom when Sasha and Liesl Obrecht (Kathleen Gati) were talking and heard Liesl tell Sasha that Nina could never know that Sasha was not her real daughter, and so, of course, Lulu made sure that she did by spouting off during the wedding! She stood up and strenuously objected to the marriage, citing that Sasha was a fraud and not blood-related to Nina! Sasha couldn’t bring herself to say Lulu’s words were true when Nina asked her, but she could see it in her eyes!

Whether Nina and Sasha remain in relationship with each other remains to be seen; however, with her strong resemblance to Nina’s cousin Britt Westbourne (Kelly Thibaud) Sasha and Nina could still be related, and Michael Corinthos (Chad Duell) and possibly even Nina and Liesl may want to explore that idea further. Viewers will recall Liesl telling Sasha how much she looked like her daughter “Britta” in recent episodes.

Since Nina is so bonded to Sasha, she may still want to work through this with her and at least stay a mother figure to her. However, even though Maxie is relieved the truth was out, she won’t be pleased that Nina still went through with her marriage to Valentin, and Lulu likely won’t be either!

It is possible also that the reason she goes through with marrying Valentin is that Sasha doesn’t out him or convinces Nina that Valentin only wanted to heal her broken mother heart by finding her daughter, but the trail led to her – or, maybe remembering what she and Michael discussed, that not all lies are bad if the truth would do more harm than good, tells her she just found out recently! Either Valentin or Liesl could jump in with that cover story as well! According to James Patrick Stuart, the wedding does happen, and it’s excellent so Nina will go through with it!