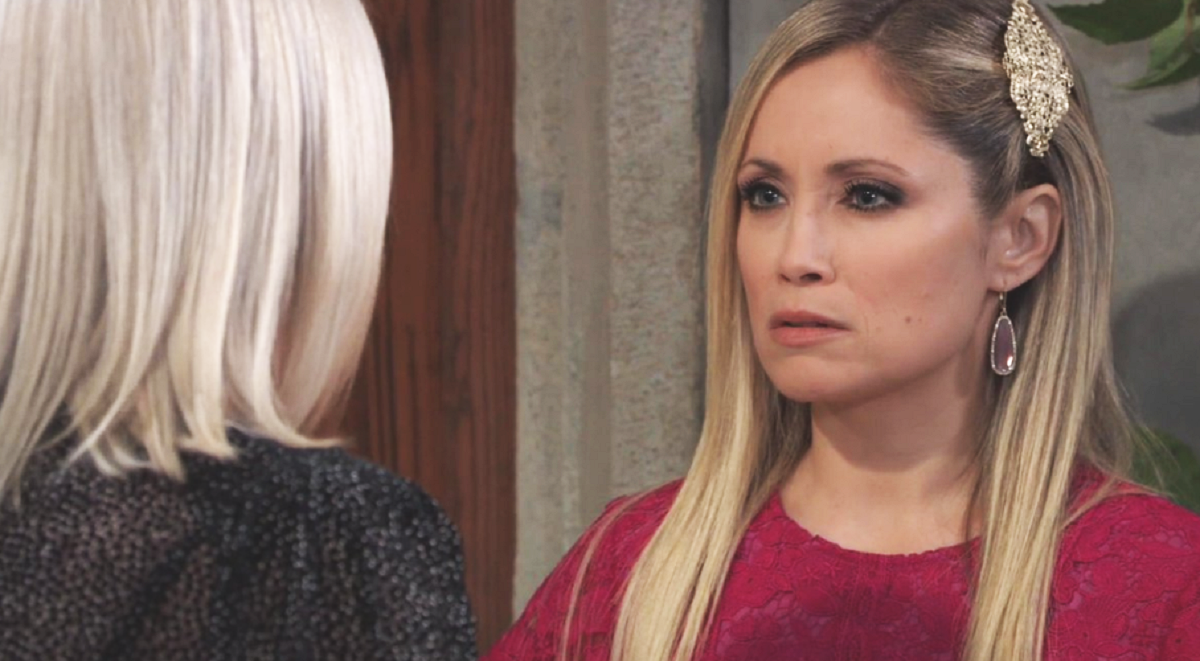 Dev says Peter didn’t look like he was going to the gym. Sam suggests that maybe Peter just hadn’t changed for the gym. Dev tells Sam and Jason that Peter was more concerned about Shiloh Archer (Coby Ryan McLaughlin) than anything. Dev wants to visit Carly Corinthos (Laura Wright). Sam tells Dev that Sonny is with Carly.

Sam and Jason go to Damien Spinelli’s (Bradford Anderson) room. Sam suggests a connection between Peter and Shiloh. Spinelli decides to follow the money until his contact gets more details for him. Spinelli discovers that Peter withdrew a large sum of money the day Shiloh took Sam hostage. Sam asks if they should warn Maxie Jones (Kirsten Storms). Jason and Spinelli think they need proof first and Spinelli is determined to get it.

General Hospital’s Sonny Corinthos (Maurice Benard) is visiting Carly. Carly wants to go visit the baby. Sonny wants Carly to rest. Carly agrees to try to relax as Sonny heads home. Carly dreams the baby is crying. Bobbie Spencer (Jackie Zeman) is sitting with Carly and go to check on Donna Corinthos (Ella and Emma Hulen). Bobbie comes back and tells Carly the baby is doing fine. Bobbie wants to know why Carly didn’t tell her about Donna’s condition. Carly didn’t want to worry Bobbie. Bobbie can handle anything when it comes to her kids. Bobbie gives Carly has sister’s music box for the baby. Carly opens the music box and plays it.

Jax says Jocelyn isn’t looking at the full perspective available. Jax has compassion for Dev and his predicament. Jax asks Jocelyn to let him talk to Sonny. Jax attacks Sonny. Jocelyn meets with Dev and tells him Jax knows the truth about him. Jocelyn tells Dev she told Jax everything. Jax vows to protect Carly and Jocelyn and leaves without telling Sonny what he has planned. Sonny has no idea what to expect from Jax now.

General Hospital’s Nina and Sasha are outside the church. Lulu looks on as Liesl takes a picture. Maxie checks to make sure Peter has the rings. Valentin asks what is taking so long Maxie says it’s the bride’s prerogative to be late. Lulu stops Nina as she starts to enter the church. Michael and Maxie interrupt Lulu. Lulu insists on talking to Nina alone. Nina refuses to talk right now. Charlotte rushes out and tells Nina the music has started. Maxie tries to get everyone moving inside. Lulu backs down when Charlotte questions her. Charlotte comes up the aisle, followed by Sasha.

Nina enters the church with Liesl. Nina joins Valentin and the minister. Nina starts to say her vows to Valentin. Valentin takes his turn. Lulu interrupts the ceremony. Both Michael and Valentin try to get Lulu out of the church, she refuses to go until Nina listens to her. Nina and Lulu argue before Lulu blurts out that Sasha isn’t Nina’s daughter. Nina cannot believe Lulu has made such a claim and looks to Sasha to confirm that Lulu is lying.

General Hospital spoilers say another terrific episode’s coming up. We’ll give you updates as other GH news and rumors emerge. General Hospital airs on ABC. As always, more detailed Spoilers and Breaking news will appear here on Hollywood Hiccups!