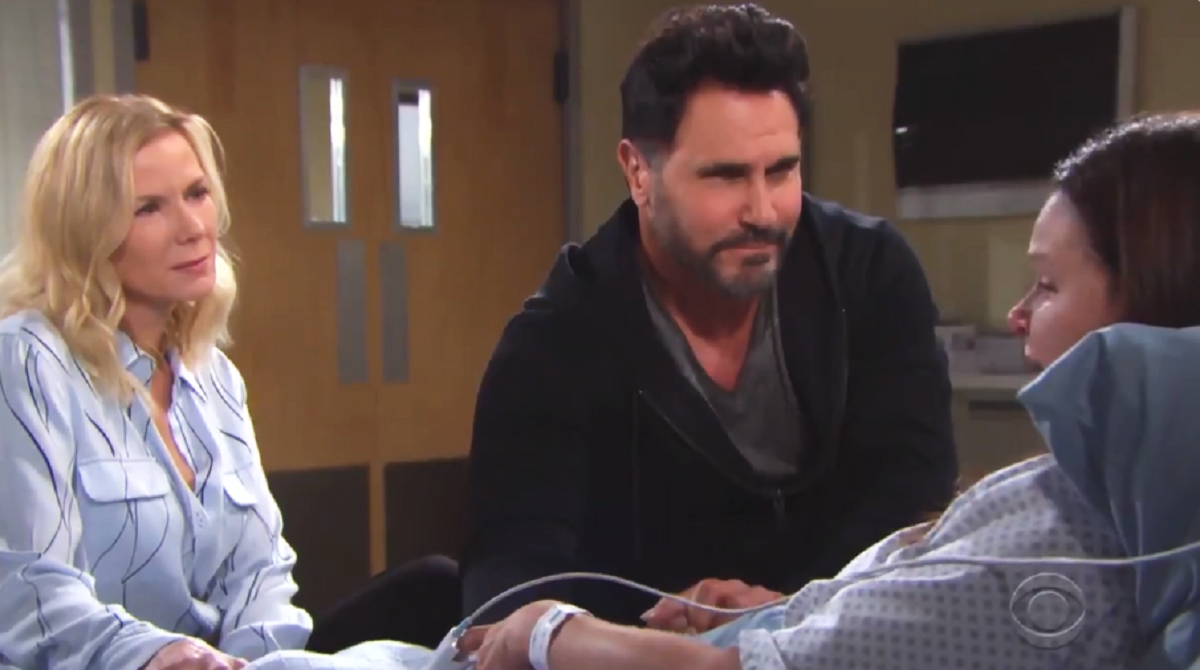 The Bold and the Beautiful (B&B)  spoilers for Tuesday, October 8, tease that Shauna Fulton (Denise Richards) will have a full-fledged plan in mind. As B&B viewers know, she’s just suggested to her daughter Flo Fulton (Katrina Bowden) that she get tested to see if she’d be a compatible kidney donor for Katie Logan (Heather Tom).

As Flo stood there stunned, Shauna stated that by donating a kidney to Katie, Flo could possibly reclaim her place within the Logan family and get back into its good graces.

Shauna figures that since Flo’s father Storm Logan (William deVry) was Katie’s heart donor, then there’s a good chance that Flo herself might be compatible with Katie and able to donate one of her kidneys to save Katie’s life. As B&B viewers know, Katie is in bad shape right now – she can’t be on dialysis for long due to her heart, and no one else in the family has proven to be a match.

The Bold and the Beautiful Weekly Spoilers October 7 to October 11: Brooke Rages At Shauna – Thomas Gloats – Katie Gets A Kidney

Well, Shauna certainly wants Katie to be saved, and that’s clearly her first consideration. But she also wants Flo to capitalize on the situation if indeed she is a match for Katie. Shauna thinks that by donating her kidney, that might make the Logan family accept Flo again, and it could redeem Flo in the eyes of the Logans, the Forresters, and the Spencers.

The Bold and the Beautiful spoilers indicate that Flo will ultimately get tested and will be a match for Katie, and that she’ll decide to become Katie’s donor. But she’ll astound her mother by insisting that her identity as Katie’s donor be kept anonymous. She will want to make the donation for the right reasons, and not simply to make the Logans feel like they need to forgive her.

Meanwhile, on Tuesday’s new episode of B&B, Katie and Bill Spencer (Don Diamont) will have some poignant moments. As B&B viewers know, Katie has just learned that nobody in her family is a compatible donor, and things look pretty bleak. She hasn’t even considered the possibility of asking Flo to get tested, and she thinks that she’s basically on death’s door right now.

According to B&B spoilers, she and Bill will spend some time alone together, and Katie will confess her profound fears over the situation. She’ll admit to being afraid of dying and leaving her family behind, and she’ll be particularly concerned about the effect it will have on her son Will Spencer (Finnegan George) if she doesn’t make it. In particular, she’ll tell Bill that she’s afraid of not being around to see her son grow up.

Bill will also have an admission to make to Katie, and B&B spoilers say it will be a heartwarming admission. Perhaps Bill will profess his deep love and admiration fo Katie, or he might make her a promise to take care of Will in the event she doesn’t make it. B&B viewers should look for some tissue-worthy scenes as Bill and Katie contemplate the worst that could happen.