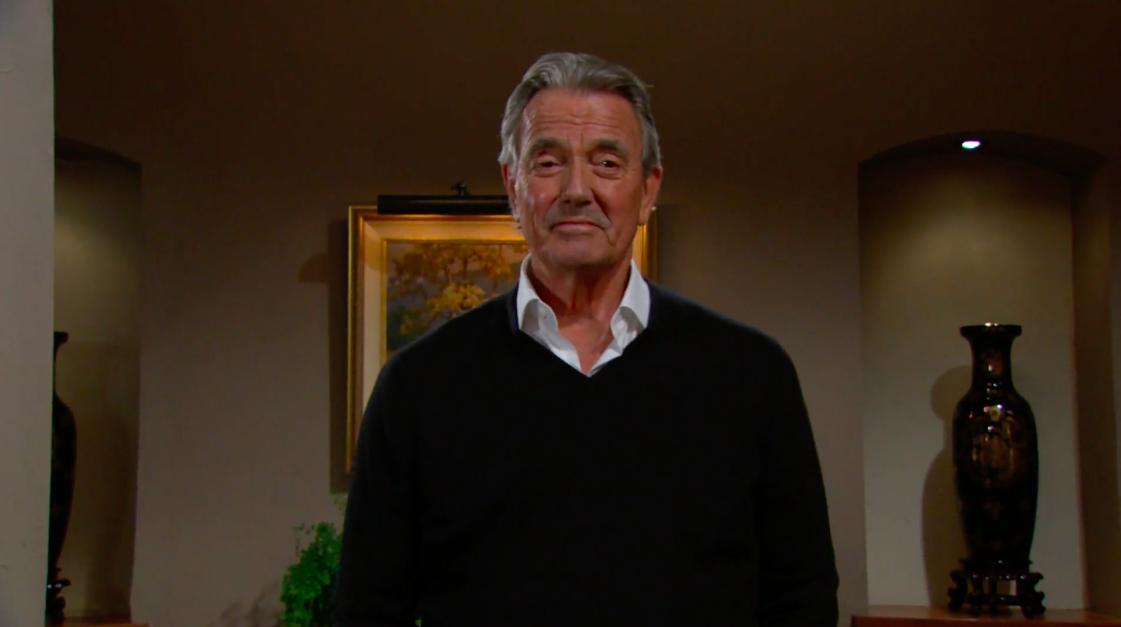 Victor Newman (Eric Braeden) learns that Billy Abbott (Jason Thompson) was responsible for attempting to run Adam Newman (Mark Grossman) down on The Young and the Restless. That revelation reestablishes the battle between Victor and the bitterly labeled, Billy-boy.

As Y&R fans know, Billy recently recognized that he developed an alter ego. That happened due to Adam’s incredible second resurrection story, with that impossible emotional trigger poking the brains of Billy and earlier, Chloe Mitchell (Elizabeth Hendrickson).

Chloe took a shot at Adam last spring, upon his return to Genoa City, Wisconsin. Billy followed in late summer by trying to run Adam down after luring him to the spot where Delia Abbott (as then played by Sophie Pollono) died.

Adam convinced himself that Victor ordered a hit on him because of the threat he made against the entire Newman clan. His father tried to tell him that was preposterous, but Adam wouldn’t relent.

The above is what led Adam to double-dose Victor’s medicine. Dr. Nate Hastings (Sean Dominic) confirmed what was done through a blood test and told his patient. Victor’s knowledge then created the death hoax that Adam somehow learned about.

Adam left town seemingly still believing that his dad tried to have him killed on Route 7. That’s a reason why Victor’s realization of the hit-and-run driver’s identity is important and offers a possible clear way back to GC for Adam.

When Victor confronts him, Billy will point to his alter ego. Despite all the odd things that Victor has been involved in through the soapy years, including the use of multiple doppelgangers to torment people, he’ll scoff at this explanation.

If the issue was reversed, Billy would be fuming. He wouldn’t give his longtime nemesis the benefit of the doubt, which is also the stance he’s generally taken with Adam. The exceptions being when Delia’s corneas were donated by Chilly to Connor Newman (as currently played by Judah Mackey) and when Billy forgave Adam (as then played by Justin Hartley) in open court, circa 2016.

The Young and The Restless Spoilers: Cane Beat Up After Getting A Text To Meet Chance, Adam Behind It? #yr #youngandrestless https://t.co/MpNnrEOyJJ

Knowing that Billy is Adam’s attempted killer gives the Moustache major leverage. He gains the ability to bring Billy to justice and consider how, or if to present that knowledge to Adam, with hopes of reconciliation in mind.

Vicki Newman’s (Amelia Heinle) upcoming outrage is based on her father’s choice to demote her to Chief Operating Officer, as Victor plans to return as Newman Enterprises’ full-time Chief Executive Officer. Imagine her additional angst when learning of Victor’s new knowledge about Billy.

Victor often considers all angles before making any hard and fast decisions. Gaining the ability to split Billy from his daughter, as has long been Victor’s desire, while also regaining Adam’s trust, might prove too tantalizing. However, Braeden’s iconic character has become far more philosophical due to his blood disease battle and may also consider mercy.