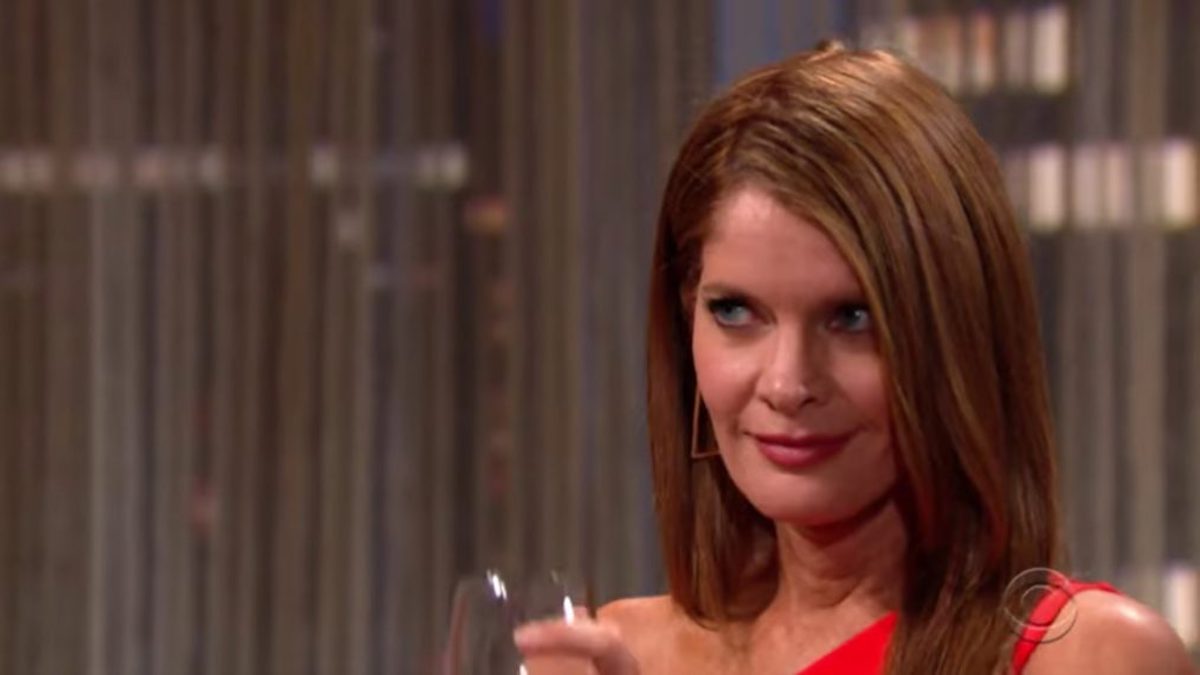 The Young and the Restless spoilers for Tuesday, October 8, tease that Abby Newman’s (Melissa Ordway) suspicions will spark more conflict. At the Grand Phoenix, Abby objects to Phyllis Summers’ (Michelle Stafford) security updates and gets backlash in return. Phyllis thinks Abby needs to get used to dealing with her, but Abby brings Adam Newman (Mark Grossman) into it. She wonders if she has to watch out for him as well and warns she won’t let them screw her over.

Phyllis scoffs at the idea of using security software to mess with Abby. She notes that Adam is out of Abby’s league before turning her attention to Amanda Sinclair (Mishael Morgan). Phyllis wants Chance Chancellor’s contact info, but Amanda’s unwilling to give it up.

At Jabot, Victoria Newman (Amelia Heinle) grumbles about how loyal she’s been to Victor Newman (Eric Braeden) and Newman Enterprises. Billy Abbott (Jason Thompson) determines that Victor is reclaiming the throne, so he pushes Victor to take a position at Jabot. Jack Abbott (Peter Bergman) and Kyle Abbott (Michael Mealor) are brought up to speed soon after.

Once Jack agrees Victoria shouldn’t be stuck in Newman limbo, he exits to let Billy and Kyle talk. They quickly start bickering since Billy made a unilateral decision to offer Victoria a job. Kyle reminds Billy that they’re equals, but Billy insists Kyle’s still working his way up and is just a kid. He eventually takes a call and encourages Kyle to close the door as he leaves.

Back with Summer, she gets into an argument with Abby at the Grand Phoenix. Summer complains about Victor’s faked death, but Abby’s eager to move on. That brings Summer’s outrage since she’s tired of everyone telling her to get over it. Summer ultimately meets up with Kyle at the coffeehouse, where they vent and bond over their family issues.

After Theo Vanderway (Tyler Johnson) ignores Summer’s call, he once again makes a play for Mariah Copeland’s (Camryn Grimes) position at Power Communications. Devon Hamilton (Bryton James) gets fed up with Theo’s ego and fires him. He makes it clear this is his call to make, so Theo is no longer employed in any division of Hamilton-Winters.

Theo heads to the kitchen, where Lola Abbott (Sasha Calle) gives him the laugh he needed. She puts ketchup on her finger and calls attention to Theo’s weakness for blood. Theo enjoys seeing Lola’s fun side and wishes he’d met her before Kyle. She’s annoyed at the way Theo’s always working an angle and always has to take it too far.

Over with Amanda, she suggests Devon used Hilary Hamilton’s (Mishael Morgan) memory in hopes of lowering her guard. As Nate Hastings (Sean Dominic) appears, Devon assures Amanda that he his limits. Amanda returns to Phyllis and expresses her appreciation. She’s glad Phyllis didn’t bring up how much she looks like Hilary, so Phyllis points out she likes to do the unexpected.

In Las Vegas, Phyllis does the unexpected once more – at least as far as Adam’s concerned. She shows up at his poker table out of the blue and urges him to deal her in. Back in Genoa City, Abby gets snappy with Nate after he gripes about Victor’s plan. Theo notes that he could grab a drink with Abby and let her talk about it, but she shuts him down.

Nate finds Amanda by the elevator and objects to her making the battle with Devon personal. Amanda counters that Devon’s the one who did that. She turns things around on Nate by pointing out he lied as part of Victor’s scheme.

At Crimson Lights, Billy notes that he’d like to work with Victoria again. Unfortunately, he can tell she’s not really on board. Victoria confesses she’s not as enthused, so Billy lets her know she’s got his support no matter what.

At Society, Kyle tracks Lola down and suggests he can tackle any work drama as long as he’s got her. “The Young and the Restless” spoilers say there’ll be trouble in paradise down the road, so don’t miss all the action. We’ll keep you posted as other Y&R news and rumors emerge. Stay tuned to see what else is ahead on the CBS soap.