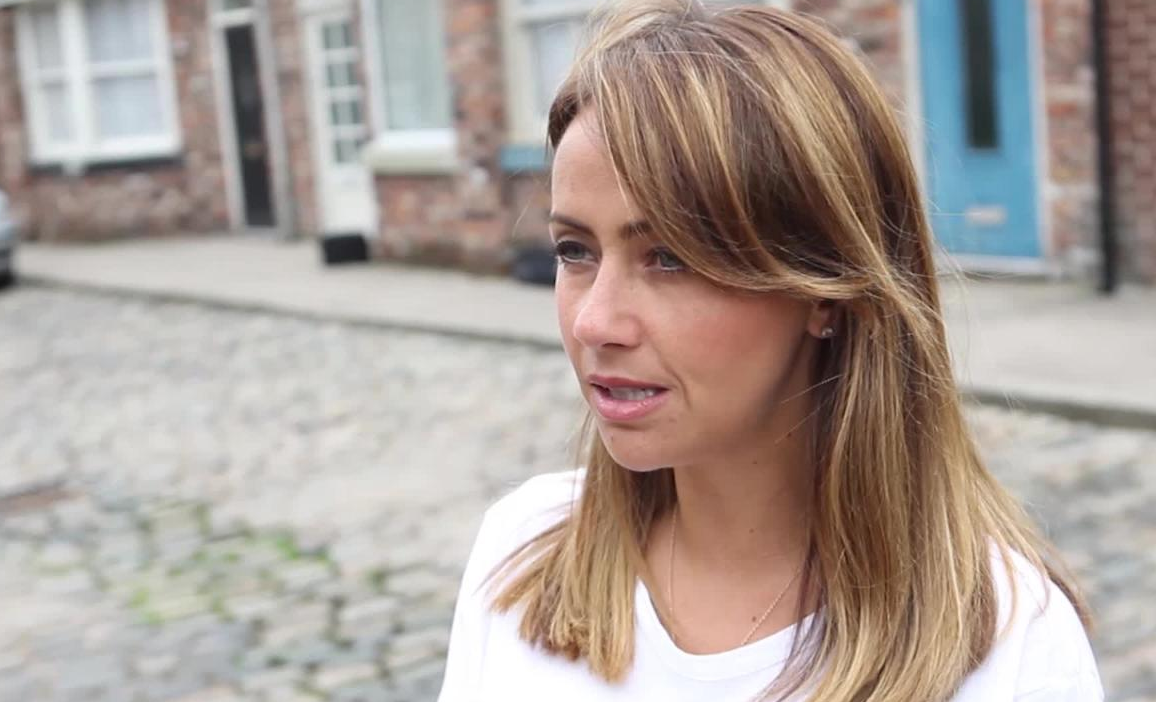 Coronation Street spoilers reveal Maria Connor (Samia Longchambon) causes some conflict after she is dumped. On Monday’s episode, expect her to drown her sorrows and then make a scene. Keep reading to get all the details on the Corrie storyline.

Fans thought it was going to be the other way around, with her breaking up with Ali Neeson (James Burrows) after a close call with a fire. However, she apologized to him for getting riled up. But that wouldn’t make everything better. She is stunned when Ali tells her their relationship isn’t working out.

Corrie spoilers tease that Maria tries to go over to Ali’s place to ask for another chance. She really wants to make the romance work. However, he cuts her off and bluntly says he doesn’t love her. However, is that really true or is he just pushing her away?

This is an interesting statement considering James Burrows said Ali’s feelings are genuine, according to RTE.

“Yes, absolutely they have real feelings for each other and he is happy to take on Liam Connor (Charlie Wrenshall). Ali is a good man deep down and a loving and caring person and you can see this with the relationship.”

However, at the same time, Ali has a lot of trouble opening up. This is likely where his statement to Maria came from. At the same time, his drug addiction is also fueling some of that desire to stay distant. It’s easier to push Maria (and everyone else) away then to confess to what is really going on.

Maria and Michelle Connor (Kym Marsh) start bickering over Maria’s parenting skills. Michelle claims that both of Maria’s children are a “disaster.” Meanwhile, Ali is told that he needs to get some help for his addiction.

What do you think of this storyline? Is there a chance for Ali and Maria after this? Or is this couple done? Will Ali end up getting help for his addiction before it’s too late? Let us know what you think.