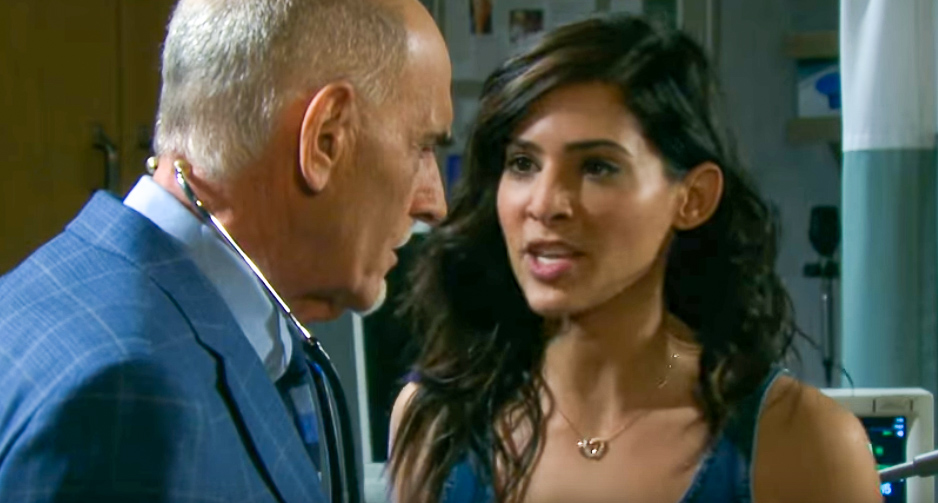 Days of Our Lives (DOOL)  spoilers for Wednesday, October 9, tease that Gabi DiMera (Camila Banus) will fume over Eli Grant’s (Lamon Archey) request. After Eli asks Gabi to donate Stefan DiMera’s (Brandon Barash) heart to Julie Williams (Susan Seaforth Hayes), Gabi will insist the answer is no. She’ll rant at Eli for even asking and suggest she’d rather see Julie dead instead.

Gabi’s decision will leave Eli heartbroken and without hope, but he shouldn’t give up just yet. That’s because Gabi will eventually get some visitors and do some soul-searching. Gabi will relent later this week, but Julie’s loved ones will have to beg for that heart! You can bet Gabi isn’t going to make this easy.

In the meantime, Hope Brady (Kristian Alfonso) will become Dr. Wilhelm Rolf’s (William Utay) latest project. He’ll inject Hope with a syringe full of something mysterious, so this shocker will kick off an intriguing Princess Gina storyline. Days of Our Lives fans won’t want to miss the hot drama ahead.

Over with Jordan Ridgeway (Chrishell Hartley), she’ll take great pleasure in making Ciara Brady (Victoria Konefal) squirm. Days spoilers say Ciara will face some uncomfortable moments while stuck on that elevator with Jordan. She’ll probably act all tough, but she should be fearful deep down. Ben Weston is battling serious fears (Robert Scott Wilson) as well, which is why he just showed up to demand favor from Victor Kiriakis (John Aniston).

DOOL viewers know Victor tried to kill Ben, but Ben didn’t press charges or cause a fuss with Ciara. He’ll think Victor can repay him by eliminating the real threat to Ciara’s life: his crazy sister. Ben will contend that Victor needs to kill Jordan before she has a chance to finish Ciara off. He’ll think if Victor truly cares about Ciara, he’ll recognize that Jordan’s the problem and not Ben himself.