Days of Our Lives Spoilers: Kate Is Blindsided By Tony’s Announcement, Planning Next Move Already 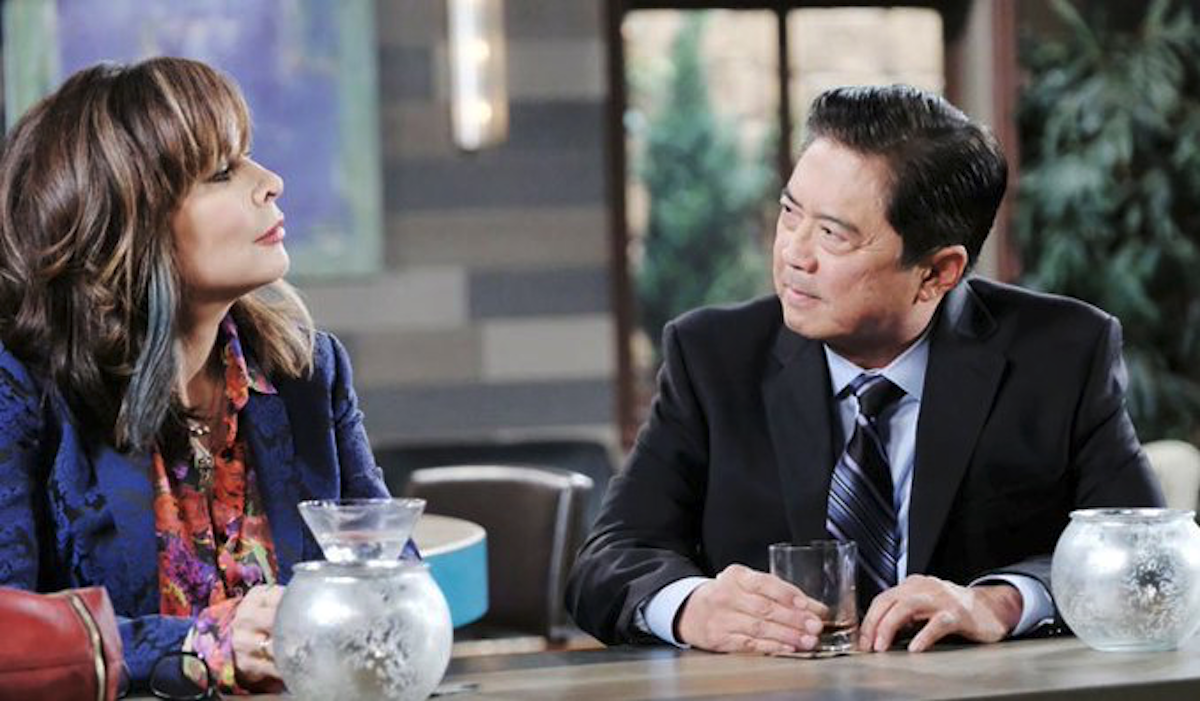 Days of Our Lives spoilers tease that Kate DiMera (Lauren Koslow) will be blindsided by Tony DiMera’s (Thaao Penghlis) announcement, which will be concerning himself, Anna DiMera (Leann Hunley) and DiMera Enterprises!

With the death of Stefan DiMera (Brandon Barash), Kate will want Tony to step up and run the company with her; Gabi Hernandez DiMera (Camila Banus) will need some bereavement leave at the very least, if she doesn’t altogether quit DiMera and just concentrate on her own company, GabiChic.

However, Tony is placed in a conundrum by Anna, who doesn’t want him involved in the business that Stefano DiMera (Joseph Mascolo) founded. Kate likely will put a lot of pressure on Tony to be a real DiMera and take his place in the family business, which he has never wanted to be involved in to begin with, and the competition between Kate and the company and Anna for Tony becomes fierce!

DOOL Spoilers – The Brady Family And The DiMera Family Were Sworn Enemies, But Tony DiMera Settled The Feud

Longtime Days of Our Lives viewers will recall that after Tony had been banished to a deserted island for over twenty years in the 1980s by his doppelganger Andre DiMera (Thaao Penghlis) Tony was a bit disheartened, to say the least, with his family. When he came back to Salem he aligned himself with the DiMera family’s sworn enemies, the Brady family, and settled the feud once and for all. Also during the years of the 1980s and 1990s he and Anna attempted, unsuccessfully, to maintain a marriage and live happily ever after, mainly because of the interference of various members of the DiMera family! Many others interfered in their relationship as well!

Anna plays hardball with Tony and forces him to make a choice; either stay with her and be her husband and live a simpler, safer, more uncomplicated life together, or give into Kate and run DiMera without Anna in his life! Anna is tired of the DiMera family and views most of them as evil, and dangerous! Then there is still the threat of Kristen DiMera (Stacy Haiduk) living in Salem, even though there are no other blood relatives (indeed, Kristen is not one – she was adopted by Stefano as a child) in Salem or anywhere close.

Chad DiMera (Billy Flynn) is still in Paris, France with his wife Abby DiMera (Kate Mansi) and their children, and Kate is only a DiMera by virtue of having been widowed by Andre, as Gabi has been widowed by Stefan. After many, many years of trying to have his happily ever after with Anna, Tony has no choice but to blindside Kate by turning her down! Tony will tell her his Anna is much more important to him than any job running a company, even if it was founded by his father!