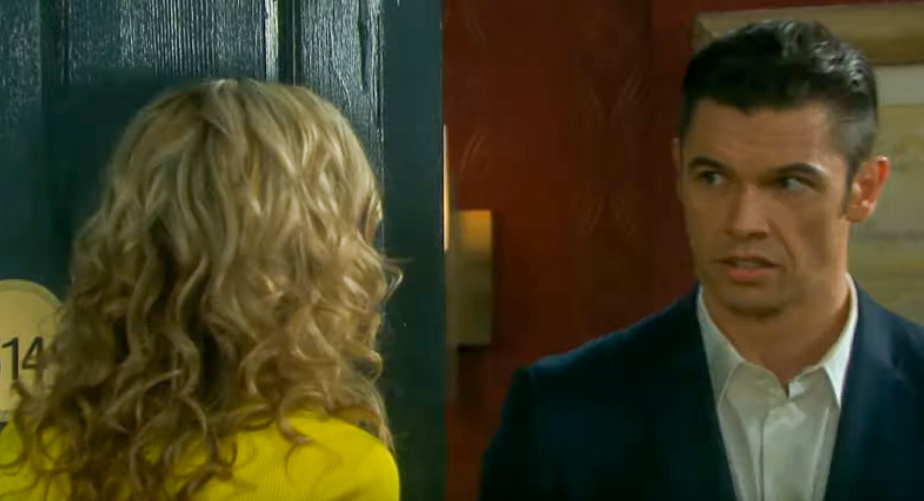 Days of Our Lives spoilers tease that Xander Kiriakis (Paul Telfer) will ask Dr. Wilhelm Rolf (William Utay) for help; but with what – or who?

Days of Our Lives Spoilers – Dr. Wilhelm Rolf Has All Kinds Of Mad Scientist Tricks In His Little Black Bag!

As Days of Our Lives viewers know, Rolf has all kinds of mad scientist tricks in his little black bag, so there are many miraculous serums he may have that Xander might be interested in to help someone with a sticky situation – possibly even Sarah Horton (Linsey Godfrey)! She is in a very sticky situation, one that she thinks the only solution to is to move away from Salem, and Xander doesn’t like the way she thinks on that solution – he wants her close to him and he’s not in a position to move with her right now, although he likely could if he had to. It’s just that he is finally redeeming himself enough to have a legitimate position with Titan Industries, so he doesn’t want to blow that!

Sarah’s problem is to keep anyone from knowing that she is having Eric Brady’s (Greg Vaughan) baby, and she fears that people would figure it out based on the timeframe of the baby’s birth if she were to stay in town. Now, viewers will recall that she had a drunken night of sex with Xander, but that was way back in January and this is October! There is no way that she could be pregnant with Xander’s baby unless the sands move through that hourglass VERY SLOWLY, because if it were Xander’s, she’d be nine months along!

It wouldn’t look so good to have her fooling around with Xander at the same time she was fooling around with Eric either, but if she could just stay pregnant even a couple of months longer, and paternity tests show the baby is Xander’s instead of Eric’s, that would work! Xander could fake the DNA results and so could Sarah for that matter, but how to stretch that pregnancy out two months later than normal? That might be a job for Super Rolf!

Days of Our Lives Spoilers – Xander Kiriakis Has To Be Looking For Dr. Rolf’s Help For Sarah Horton

Xander has to be looking for Rolf’s help for Sarah about the pregnancy, there is nothing else in the storylines that makes sense except that. Granted, traditional medicine does have ways to delay the onset of labor, but that is only used in cases of threatened premature births where the baby may not survive. Xander would be looking for Rolf to come up with some kind of serum that won’t cause harm to either Sarah or her baby, but to stretch out the pregnancy two months later or enough to make it plausible that Xander may have impregnated Sarah instead of Eric. Now, getting Sarah to go along with the plan may be another story entirely!