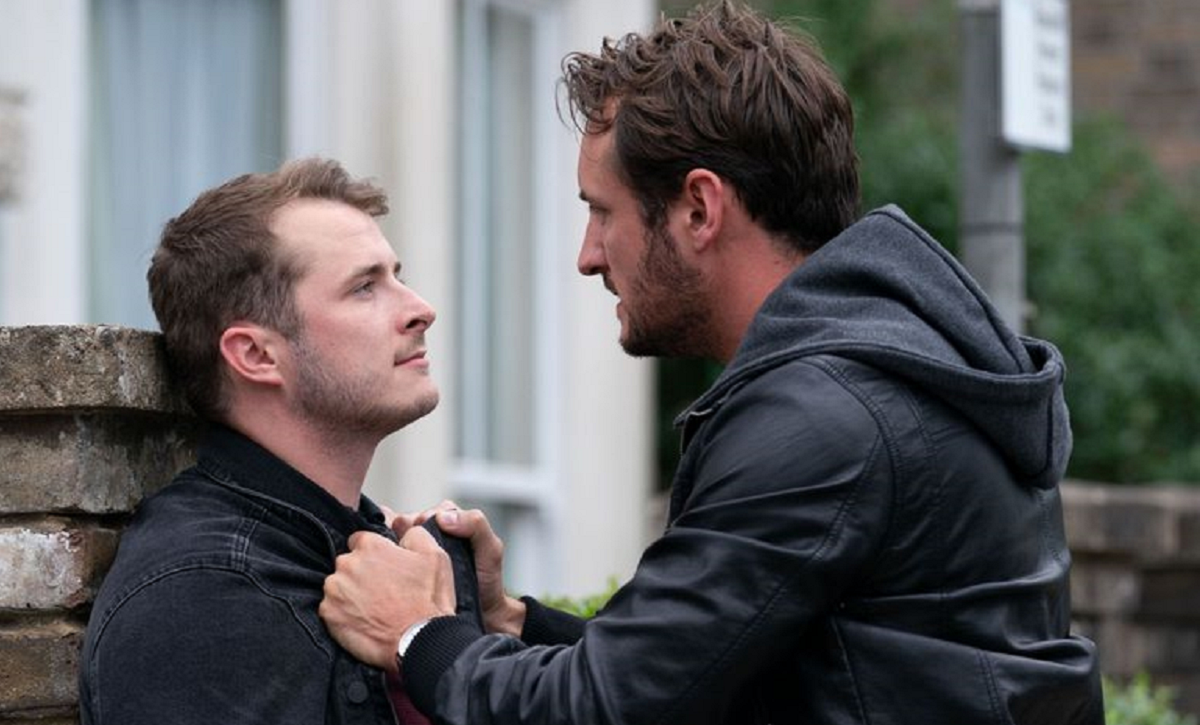 This week on “EastEnders,” spoilers reveal that Ben Mitchell (Max Bowden) will have a new enemy, and Lola Pearce (Danielle Harold) will be kidnapped. Meanwhile, Martin Fowler (James Bye) has returned to town to be there for Bex Fowler (Jasmine Armfield).

Last week, Bex tried to take her own life, so Martin returned despite the discouragement of his loved ones. Sonia (Natalie Cassidy) called Martin to inform him about what happened to his daughter, without knowing that he would actually turn up.

Martin comes back and wants to stick around for Bex’s sake, but things are not going to be easy. He has a row with the Mitchells, so staying in the square can be complicated. “EastEnders” spoilers reveal that Ben will spot Martin as soon as he returns.

EastEnders Spoilers – Ben Mitchell Changes His Mind About An Agreement

Later, the two will have a confrontation. Martin demands that Ben allows Stacey Slater (Lacey Turner) to return to Albert Square. Their confrontation was interrupted when Ben receives a call that Lola has been kidnapped by Jags Panesar (Amar Adatia) in exchange for the car he stole from Kheerat (Jaz Deol).

So, Ben said that he will give in to Martin’s demand if he helps him get Lola back.

Ben’s dodgy dealings has caused another trouble for him. Later on, he will change his mind about his agreement with Martin. He wants Martin to find Kheerat’s car and threatens Martin that he will turn Stacey to the police if he wouldn’t do it.

EastEnders Spoilers – Martin Fowler Will Lash Out At Ben Mitchell

“EastEnders” spoilers tease that Martin and Ben’s war will escalate this week. Martin wants to give his support to Bex, but Ben is making it so difficult for him with his demands. Martin will lash out at Ben. Will he be able to convince Ben to let Stacey come back?

If looks could kill. #EastEnders pic.twitter.com/V125bS0lS7

Meanwhile, Ben is not coming short of troubles. Early in the week, he will speak with Tubs, telling him that he needs money quickly. Then, before the week ends, they will meet again as Tubs has found another dodgy dealings that he needs Ben to do.

What will Ben be up to this time? Will it get him into more trouble? Will he get Lola back to their daughter? Needless to says, fans will have to tune in to EastEnders on the BBC network to find out what will happen next!