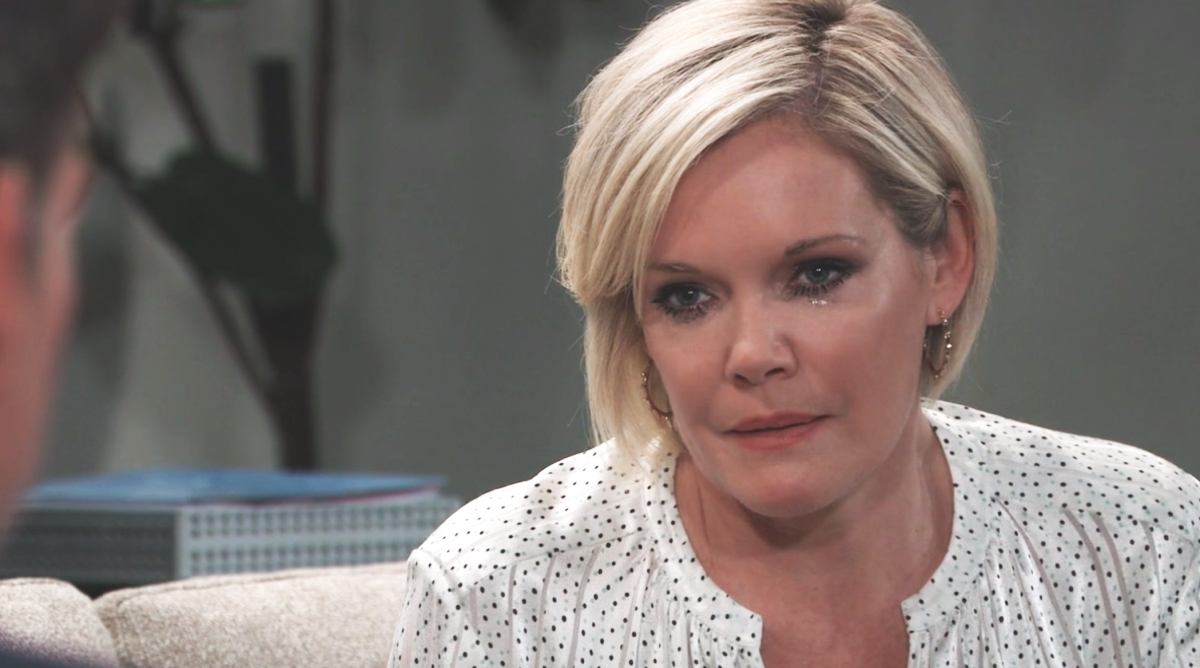 General Hospital (GH) spoilers tease that Ava Jerome (Maura West) will collapse! Will she see something that causes her to faint, or will it be an illness that causes her collapse?

General Hospital viewers can find a few clues in Ava’s recent and past history as to what potentially might cause her collapse; for one thing, she has been drinking pretty heavily for several months. Viewers will recall that when Michael Corinthos (Chad Duell) reached out to her in a recent episode to tell her of the birth of Donna Corinthos (Ella and Emma Hulen) he made it a point to say if she wanted her time with Avery Corinthos (Ava and Grace Scarola) then she’d better not miss it due to her drinking.

Long term alcohol abuse can cause all kinds of illnesses, most famously, liver failure. The liver is a vital organ and the human body cannot survive without it, and if Ava were to have developed liver failure, that could most definitely cause her to collapse.

Ava could easily suffer a mental collapse as well, since she is not dealing well with her guilt over the death of her daughter Kiki Jerome (Hayley Erin) at the hand of her former lover, Ryan Chamberlain (Jon Lindstrom). And even though she is seeing a therapist, Dr. Neil Byrne (Joe Flanigan) she seems to be getting more and more overwhelmed by her inability to forgive herself and floundering.

Ava needs to understand that she was fooled by Ryan just like everyone else in Port Charles was when he was impersonating his twin! Perceptive General Hospital viewers have noticed that Ava seems to be teetering on the edge of sanity, with consulting psychics to try and get answers. Her visitation by Ghost Kiki could be deemed a hallucination by a medical professional!

Long-term General Hospital viewers will recall that Ava is a cancer survivor, having survived a deadly form of non-Hodgkins lymphoma, a cancer of the lymph glands and lymphatic system. Kiki’s birth father, Dr. Silas Clay (Michael Easton) “borrowed” Avery as a tiny baby to harvest some bone marrow to save her mother’s life.

But the problem with cancer is it can reoccur even after remission. It is a well-known scientific fact that long term stress can weaken peoples’ immune systems, making them more susceptible to contracting diseases, sometimes very serious ones like cancer.

Ava’s constant alcohol abuse only piles more stress on her internal organs, weakening her immune system, and making her susceptible to a re-occurrence of her deadly non-Hodgkins lymphoma or liver failure or possibly even liver cancer.

Back to the original question, could Ava see something that causes her to faint, which the word “collapse” could also mean? Spoilers for the same time-frame do not indicate that she sees anything unusual or frightening, and besides, Ava’s a pretty tough cookie.

That gruesome Halloween decoration Ryan put in her office chair of Nurse Mary Pat Ingles’ (Patricia Bethune) beheaded body with a pumpkin in place of her head didn’t cause Ava to faint, although she certainly screamed.

Ava has murdered people in the past so there aren’t a lot of situations in which she would be so scared or startled she would faint over it, not even if she saw someone presumed dead standing in front of her in the flesh! It’s pretty doubtful she’d faint! Stay tuned to General Hospital and keep checking GH spoilers frequently for all the latest news, updates and developments!