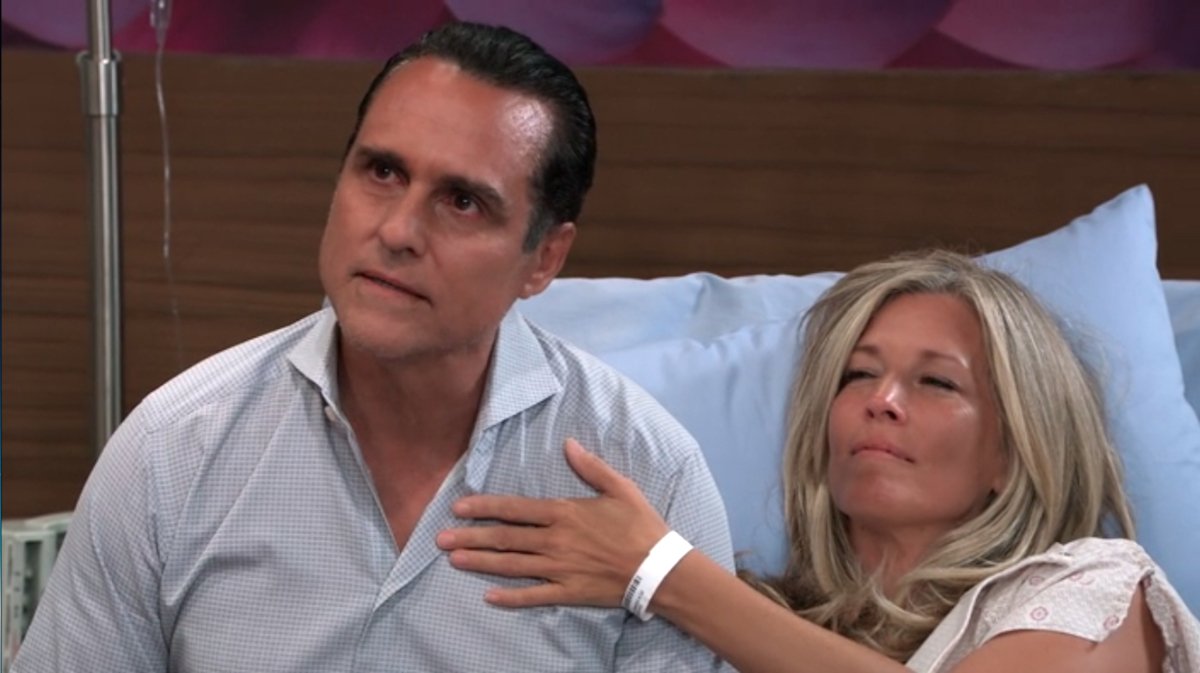 General Hospital (GH) spoilers for Wednesday, October 9, tease that Robert Scorpio (Tristan Rogers) will deliver some bad news in person. He’ll fill Jordan Ashford (Briana Nicole Henry) in at the police station, so she’ll wrap her head around the updates and press on. No matter what Robert reveals, there’s still work to be done at the PCPD.

Damian Spinelli (Bradford Anderson) will remain hard at work, too. He’s been trying to score proof against Peter August (Wes Ramsey), so that mission will continue. However, Spinelli will also focus on getting Sam McCall (Kelly Monaco) off the hook. It appears Spinelli will listen to the doctored recording and make a discovery, so let’s hope he can prove it was altered.

As for Sam and Jason Morgan (Steve Burton), they’ll face Sonny Corinthos’ (Maurice Benard) questions. Sonny will want to know about the connection between Peter and Shiloh Archer (Coby Ryan McLaughlin), so Jason and Sam will fill him in. They don’t have the full picture, but they know enough to realize Peter’s shady and needs to go down!

Other General Hospital spoilers say Maxie Jones (Kirsten Storms) will be down in the dumps. She’ll fret about Nina Reeves’ (Cynthia Watros) heartache and the drama the fake daughter lie caused. Wednesday’s GH preview video shows Maxie asking, “How hard is it to tell the truth?”

She’ll be in ranting mode as she talks to Peter, who’s certainly been less than truthful with his girlfriend.

While Peter battles guilt and grows increasingly nervous, Cameron Webber (William Lipton) will offer assistance. He’ll think he should take the stand in the Franco Baldwin (Roger Howarth) case and presumably share how things went down with Shiloh. This is a tricky situation for Cameron since he doesn’t want Franco to end up in a vegetative state, but he also wants his family back together.

The risks are high when it comes to this procedure, so it’s actually tricky for all parties involved. That includes Kim Nero (Tamara Braun), who’s desperate to make sure Franco remains “Drew.” Martin Gray (Michael E. Knight) will meet with Kim on Wednesday and promise to do what he can. He’ll suggest he’s going to put “Drew” in the center ring, which apparently means putting Franco on the stand so he can explain his perspective.

Until then, Franco will decide he owes somebody an apology. It’ll be interesting to find out who’s on the receiving end and hear Franco’s point of view. General Hospital spoilers say some great scenes are coming up, so don’t miss all the action. We’ll keep you posted as other GH details and rumors emerge. Stick with the ABC soap and don’t forget to check back often for the latest General Hospital spoilers, rumors, updates, and news.