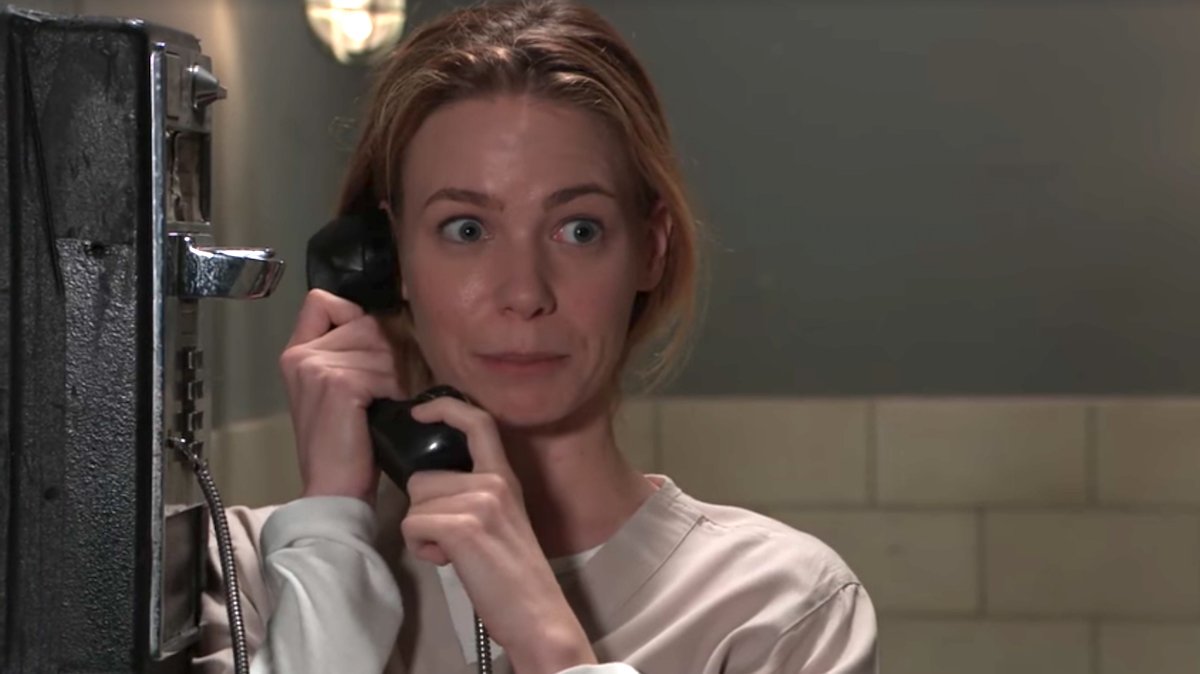 Sasha loves Nina, their things in common are real. Nina talks about how Sasha tried to keep her distance. Sasha thought keeping her distance was best. Sasha has never felt so cherished but she’s not Nina’s daughter. Nina questions Liesl’s knowledge. Sasha has grown to love Nina with all her heart. Nina takes Sasha’s necklace from her. Nina goes off on Valentin. Valentin and Liesl search for Nina as Maxie Jones (Kirsten Storms) attacks Sasha. Maxie demands to know exactly what Lulu overheard.

Maxie wants to know if Liesl knew all of this. Sasha blames herself for ruining Nina’s life. Curtis Ashford (Donnell Turner) threatens to make Valentin pay for hurting Nina. Liesl says she wouldn’t hurt Nina like this and leaves to find Nina. Maxie hugs Peter and wants to go home. Lulu is upset because everyone blames her. Valentin tells Lulu she got what she wanted and will regret destroying Nina.

General Hospital’s Ava Jerome (Maura West) shows up to visit Ryan Chamberlain (Jon Lindstrom). Ava has brought Ryan’s letters back to him. Ryan is happy that Ava has saved his letters. Ava was ignoring Ryan. Ava kept the letters to prove that Ryan is harassing her. Ryan wants to make sure his writing privileges won’t be taken away.

Ava says the warden can’t intercept Ryan’s letters. Ava tells Ryan that no one will listen to her. Ryan asks why Crimson didn’t interview him. Ava talks to Ryan about people’s comments on her article. Ryan doesn’t want Ava to be hurt like this. Ava tells Ryan that Kiki Jerome (Hayley Erin) visited her and will never forgive her. Ava accuses Ryan of killing her. Ryan says it’s not his fault. Ava tells Ryan to stop writing her and leaves the letters behind. Ryan is escorted back to his cell and meets with Nelle in the hallway. Nelle and Ryan exchange pleasantries.

Brad plans to find a sitter for Wiley. Willow and Chase sit with Wiley. Chase believes this is too hard on Willow. Willow thinks she makes Brad nervous around Wiley. Willow says there have to be limits. Willow never intended for Brad or Lucas Jones (Ryan Carnes) to know who she was. Willow had to be close when Shiloh Archer (Coby Ryan McLaughlin) found him.

Willow gets moments where Wiley recognizes her now. Willow says it’s too late to get that closer now. Chase asks if Shiloh’s death changes what she wants to Wiley. Chase gets a call and leaves Willow alone with Wiley. Willow tells Wiley how much she wants to be his mother. Willow could never take Wiley from his family. Willow tells Chase that Wiley is happy with his fathers.

General Hospital’s Brad visits with Nelle who is upset that Wiley is with Chase. Nelle demands Brad never leave Wiley with Sasha. Brad questions how Nelle knows about Sasha. Nelle explains about seeing Jocelyn Jacks (Eden McCoy) in the park.

Nelle needs Brad’s help. Nelle needs Brad to sign an affidavit on her behalf. Nelle pressure Brad to help her since she helped him. Brad asks what Nelle plans to do about Wiley. Nelle says Wiley will be ok and calls for the guard. Nelle tells Ryan about her new lawyer. Ryan might need to ask a favor of her sometime.

General Hospital’s Nina runs out the door and straight into Jasper Jacks (Ingo Rademacher) arms. Nina tells Jax to get her out of there. Jax takes Nina to his new house and gets her a drink so they can talk. Jax didn’t have anything but scotch in the house. Jax tells Nina he saves scotch for when life knocks the wind out of you. Nina tells Jax that Sasha isn’t her daughter. Nina doesn’t have a daughter, she never did.