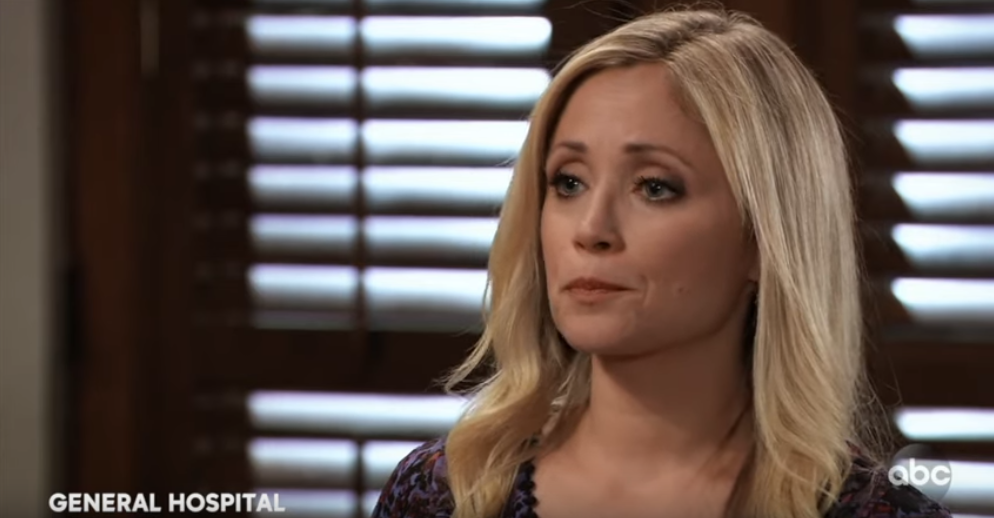 General Hospital (GH) spoilers tease that at least one of the secrets that has been brewing for over a year is about to come out at the worst possible time. Valentin Cassadine (James Patrick Stuart) has been operating under the assumption that none of the things he has done will ever come out. Even now he has a way of threatening people without breaking a sweat. And while he never came out and admitted anything, both Michael Corinthos (Chad Duell) and Lulu Spencer (Emme Rylan) made it known to Valentin that they know about Sasha Gilmore ( Sofia Mattsson) and Valentin’s part in concocting a fake daughter for Nina Reeves (Cynthia Watros) so he could win her back. He truly believes no one would dare cross him.

Michael would have advised Sasha to tell the truth before the wedding, but Cassandra Pierce’s (Jessica Tuck) trial is coming up and if Sasha’s credibility it marred by the truth, Cassandra could go free for almost killing Sasha. So as much as he hates lies, he’s willing to keep the truth to himself, just for now. Lulu on the other hand, has nothing to lose. And she doesn’t want to wait until the wedding and leave Nina stuck married to a man who has by lying to her for months. If she can prevent Nina from suffering any longer than she has to, then that’s what she will want to do.

Lulu will go ahead and pull Nina aside and tell her what she knows right in front of Sasha. Sasha won’t be able to take it any longer and she will come clean finally. Needless to say, Nina and Valentin will probably not be exchanging vows this week after all. And there’s yet another big takedown for Valentin, if the hunt for the codicil to Mikkos Cassadine’s will is found and Valentin is truly disinherited. These revelations should bring Valentin’s darker side out. Viewers have gotten used to the karaoke singing, lovesick guy that Valentin has been putting out there for awhile, but even Helena Cassadine (Constance Towers) has stated that Valentin frightened her. So this is the side of Valentin that we should be seeing very soon.

Lulu won’t be the only one Valentin will go after, but since it was her that cost him Nina, he’ll want to go after her first. It would easy for him to slip back into old patterns and partnerships. A deal with the devil, or more specifically, Cassandra seems like a likely possibility. And even though Lulu is the mother of his child, that won’t stop him from taking revenge.

GH Spoilers – A Hit Taken Out!

One possibility is to put a hit on Dante Falconeri. If he could ensure Dante will never return to his former wife, than that would be sweet vengeance. It’s also possible he could go after Dustin (Mark Lawson), since Lulu’s seem to be getting more and more involved with the school teacher every day. Dante is currently in WSB custody, so he may difficult to find or get to, so Dustin might be an easier target right now.

General Hospital Spoilers – It’s going to be a difficult time

There’s very little doubt that scary times are in store as a fallen Valentin goes after those who wronged him. Do you think Valentin will take his revenge on Lulu by harming Dante, or Dustin, or both? Will he get back into the drug business with Cassandra? Only time will tell, but it’s a sure thing, that the Sasha reveal has been a long time coming, so the fallout will be worth the wait.

Tune into General Hospital weekdays on ABC and keep checking back here regularly for all the latest news and spoilers!