The Bold And The Beautiful Spoilers: Wednesday, October 9 – Flo’s A Match But Prefers To Remain Anonymous – Katie & Bill Thrilled By The News 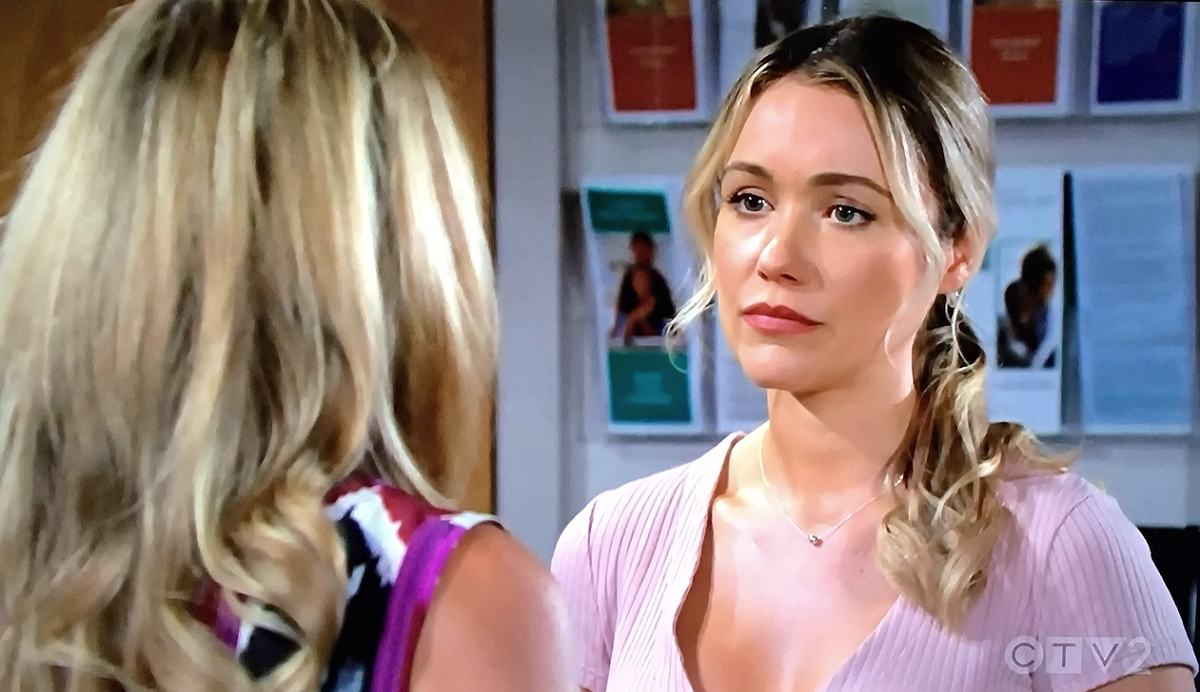 The Bold and the Beautiful (B&B) spoilers for Wednesday, October 9, tease that Flo Fulton (Katrina Bowden) will make a big decision. As B&B viewers know, she’s already taken the step of being tested to see if she might be able to be a living kidney donor for Katie Logan (Heather Tom).

Her mother Shauna Fulton (Denise Richards) suggested that Flo could possibly redeem herself in the eyes of the Logan family if she were to be a donor match, so she got tested.

But Flo didn’t go through with the testing so that she could find redemption in the eyes of the Logans; she genuinely wants to help save Katie’s life. She knows that if Katie doesn’t get a kidney soon, then she’ll surely die. Well, on Wednesday’s B&B episode, Flo will get some big news – she’ll be a match for Katie, and she’ll be able to start prepping to become Katie’s living donor.

The Bold And The Beautiful Spoilers: Shauna’s New Plan For Flo – Will It Actually Work?

Of course, the whole situation will be scary for Flo – after all, this is major surgery we’re talking about. But she’ll have Shauna by her side, as well as her donor advocate to help her through the process. But when Flo is asked whether she wants her identity as Katie’s kidney donor to be known to Katie, she’ll say no. Rather, Flo will want her identity to remain anonymous, so that Katie never knows it was she who donated.

That will stun Shauna, who will think that the Logans should know exactly where Katie’s gift of life is coming from. But Flo will remain firm in her decision – she won’t want Katie or the Logan family to know that she’s the donor. Perhaps she’ll want to avoid drama or keep the family from thinking that she’s just donating to be welcomed back to the fold. At any rate, she’ll insist that she remain anonymous, despite Shauna’s opinion.

Meanwhile, on Wednesday’s new episode of B&B, Dr. Davis (Tisha Campbell) will finally have some good news to deliver to Katie and Bill Spencer (Don Diamont). They’ll learn that a living donor has been found, and Katie will be overjoyed. As B&B viewers will remember, Katie has been in utter despair over her deteriorating condition. She’s been terrified of dying and leaving her son Will Spencer (Finnegan George) behind.

The Bold and the Beautiful spoilers say that Katie will also learn that her donor prefers to remain anonymous. She’ll consider the donor to be her “secret guardian angel” for now but ongoing B&B spoilers indicate that Katie will eventually want to meet her donor.

In fact, after the surgery is over, Katie will inquire about meeting the person who’s responsible for saving her life. That should prove to be interesting since it’s Flo and since Katie is on terrible terms with her niece.