Days of Our Lives Spoilers: Rolf Injects Hope With A Loaded Syringe 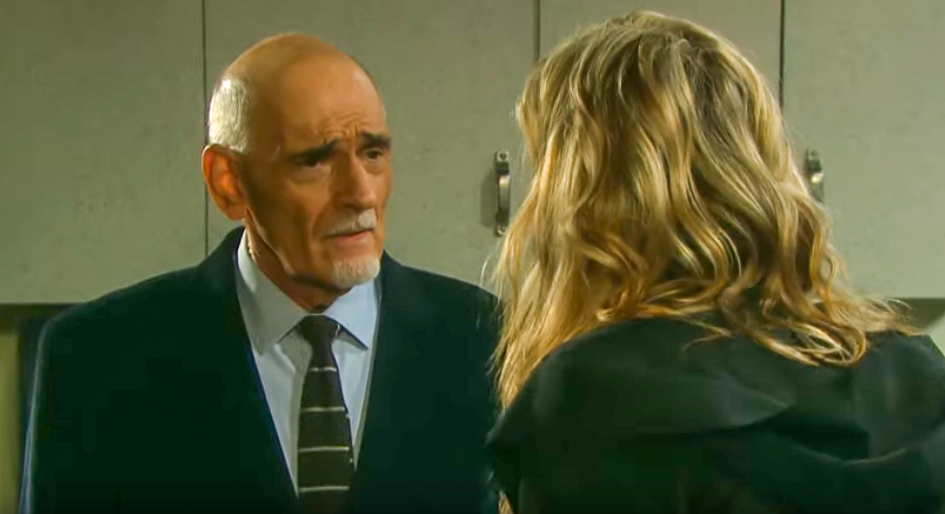 Days of Our Lives (DOOL) spoilers tease that Hope Brady (Kristian Alfonso) will soon be acting not quite like herself. As DOOL viewers know, Hope’s been through a lot this year – she ended her marriage to Rafe Hernandez (Galen Gering), and she was fired from her job as Salem’s police commissioner by Jack Deveraux (Matthew Ashford). Plus, she nearly lost Julie Williams (Susan Seaforth Hayes) after Julie suffered a massive heart attack. And soon, Hope will have another problem on her hands – she’ll have Dr. Wilhelm Rolf (William Utay) stalking her.

According to DOOL spoilers, Hope will soon be acting so differently that her good friends Marlena Evans (Deidre Hall) and John Black (Drake Hogestyn) will notice. They’ll be concerned, and they’ll offer her their support. DOOL spoilers also say that Kate DiMera (Lauren Koslow) will have a weird interaction with Hope where Hope just won’t seem like herself.

So, what will be going on with Hope? Well, it looks like Rolf will be behind the strange goings-on. Recently, Rolf encountered Hope and he bowed to her, as if she were Princess Gina (Kristian Alfonso). Hope thought his behavior was bizarre (which it was), but ultimately she brushed off the incident as Rolf just being Rolf.

Well, according to DOOL spoilers, Rolf will set a plan in motion for Hope, and since the recent DOOL fall promo showed Hope dressed up looking very much like Princess Gina, it looks like that plan will involve manipulating Hope into believing that she’s Princess Gina once again. It’s been a while since viewers have seen Princess Gina emerge, and one wonders why Rolf would want to bring her forth once again.

Days of Our Lives spoilers say that Rolf will soon corner Hope and that she’ll struggle to get away. Ultimately Rolf will wind up injecting Hope with the contents of a syringe, and later Eli Grant (Lamon Archey) will find her asleep in the hospital chapel. It looks like she’ll wake up confused and unsure of what’s happened to her, which should sufficiently worry Eli.

So, what does Rolf have in mind for Hope? And why would he want Princess Gina to come back? It looks like we’ll have to wait to get answers to these questions, but Rolf clearly has a plan in place. Do you think we’ll see her once again believe that she’s Princess Gina?