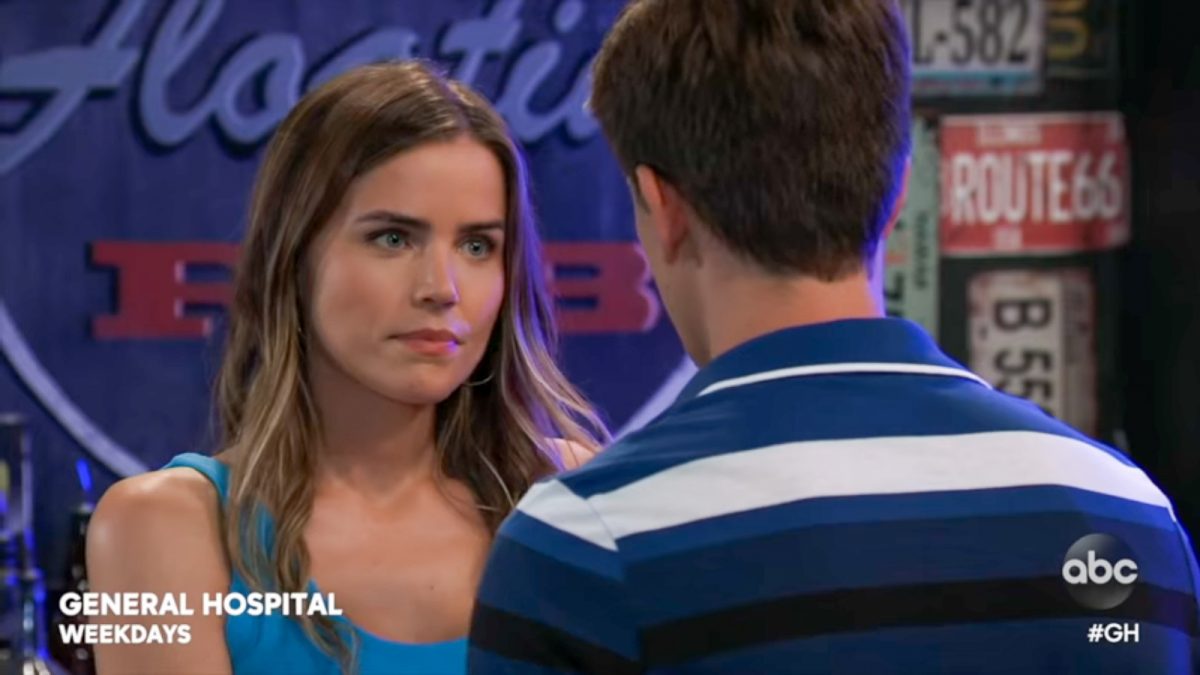 As General Hospital viewers will recall, Lulu Spencer (Emme Rylan) spilled the toxic beans at Nina’s wedding, at the time when the minister asked if anyone objected to the union of Valentin Cassadine (James Patrick Stuart) and Nina, that they should speak now or forever hold their peace; and speak she did! She shouted out that Sasha wasn’t Nina’s real daughter as Valentin and Liesl Obrecht (Kathleen Gati) both looked daggers at her and oh, if those looks could kill, she’d have been a goner!

She had overheard Liesl and Sasha’s discussion in the ladies’ room at the Floating Rib and even told that part. Curtis Ashford (Donnell Turner) tried to intervene as he told her there had been two separate DNA tests taken that were positive matches, and Maxie Jones, (Kirsten Storms) Lulu’s best friend, chimed in that there had been a third! Michael also tried to intervene, but Lulu was not be intervened with or stopped! “Ready, fire, aim Lulu Spencer” had struck again!

General Hospital Spoilers Say There Will Be An Unbelievable Twist

General Hospital spoilers say there will be an unbelievable and unexpected twist near the end of this storyline, and other General Hospital spoilers to play out a couple of days before this one say that Liesl gets an enlightening phone call and Valentin is surprised. It sounds like Nina will go through with her wedding to Valentin or he would be devastated instead of surprised, although an earlier spoilers say he’ll be indignant.

That is probably his response to Lulu’s interruption of his and Nina’s wedding and exposure of Sasha’s secret. Michael will support and stay committed to Sasha through all of this, although this exposure by Lulu could hinder the prosecution of Cassandra Pierce, (Jessica Tuck) in whose trial Sasha would be a key witness and now her credibility could be questioned.

However, there are plenty of others who would testify of the validity of what took place, Michael, of course, and possibly even Valentin and Nina, and most definitely Dr. Hamilton Finn (Michael Easton). Sasha could wind up being Nina’s daughter after all, since this is to be an unbelievable and unexpected twist, but regardless of what happens and what fallout there is following Lulu’s explosive statement, Michael will be committed to Sasha through thick and thin, and they may even eventually plan their own wedding, although probably not to take place in the same church, and certainly not have their bachelor and bachelorette parties at the Floating Rib!

There is also the possibility that Nina loves Sasha so much that the exposure of her not being her real daughter won’t even matter! As the saying goes, love covers a multitude of sins! Stay tuned to General Hospital and keep checking General Hospital spoilers frequently for all the latest news, updates and developments!