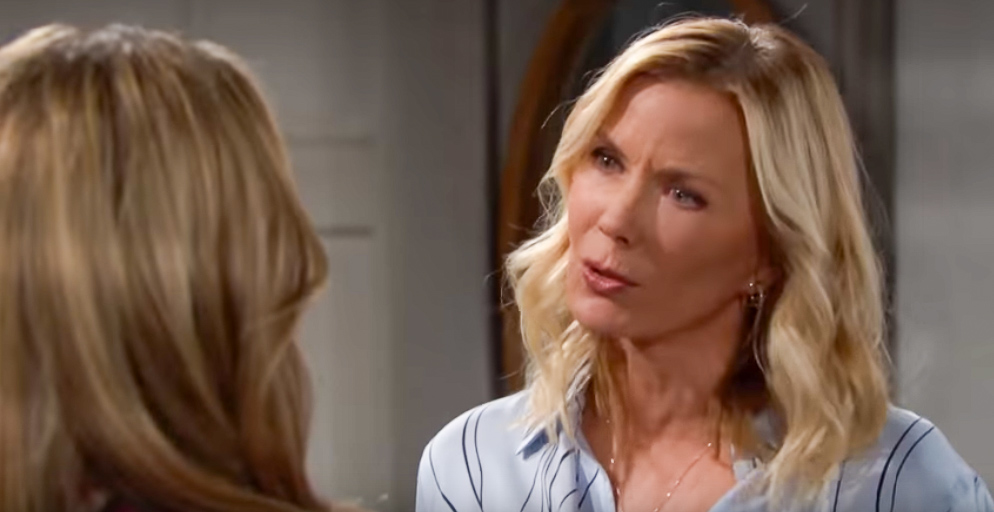 The Bold and the Beautiful spoilers tease that Brooke Logan Forrester (Katherine Kelly Lang) continues to allow Shauna Fulton (Denise Richards) to push her buttons. While the intent is opposite, Brooke’s latest warning to Shauna and a followup altercation at the hospital increase chances that Bridge will collapse, rather than be repaired.

Working off recognized emotions, Shauna continues to play it cool. She sees evolving proof that Bridge is in trouble and will benefit from Brooke’s forced and unforced errors.

Ridge Forrester (Thorsten Kaye) loves his wife, but is confounded by what he sees as her lack of compassion for his son. Brooke’s love isn’t in question. But the restrictions she’s put on Thomas Forrester (Matthew Atkinson) aren’t being seen as fair. And, Ridge’s developing connection with Shauna is being tagged as misguided.

Ridge’s defense of his son sparked the initial verbal battle that led to the now infamous night at Bikini Bar. And it was the length and dynamic of the night that enabled Shauna to willingly assist Kaye’s character.

At the heart of it, Brooke is acting as a parent should. She’s protecting her daughter, Hope Forrester (Annika Noelle), now that the full details of the Beth Spencer (Madeline Valdez and River Davidson) reveal are known.

Ridge’s desire to restore peace between his children is based on faulty reasoning. Continued interaction with Shauna and defense of her increases chances that his marriage won’t last.

Brooke will look small in Ridge’s eyes and have little, if any soapy ground to stand on by that time. Meanwhile, the focus will shift to Katie’s survival and how it was realized through the generosity of her niece, whose mother has become Brooke’s latest rival.