The Bold And The Beautiful Spoilers: Thomas Plots Personal and Business Gains – Ridge Enabling Both Ends 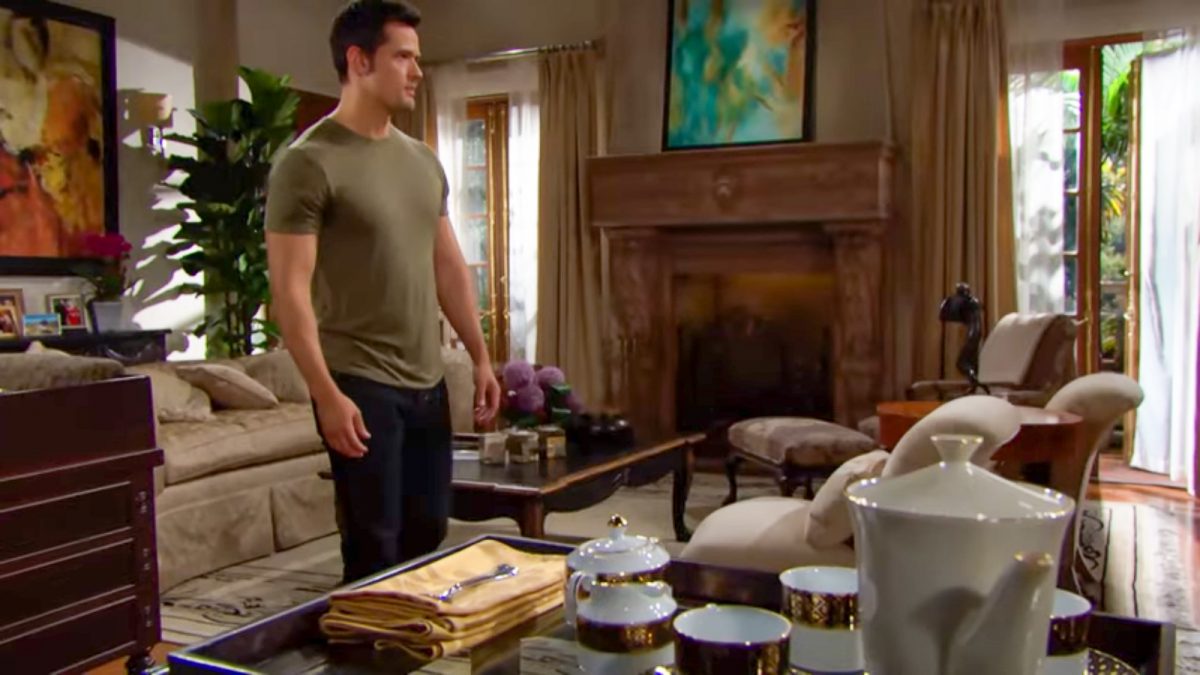 The Bold and the Beautiful (B&B) spoilers tease that Thomas Forrester (Matthew Atkinson) is moving straight ahead with this self-centered goals. He envisions himself regaining both personal and business status in this fictional version of Los Angeles, California.

Ridge Forrester (Thorsten Kaye) claims to be aware of his son’s problems, while also enabling Thomas’ lawless lifestyle. However, attempts to have the Logan’s and Steffy Forrester (Jacqueline MacInnes Wood) forgive and forget aren’t going well.

Bold And The Beautiful Spoilers – Forrester’s Trying To Coexist

Steffy wanted Kelly Spencer (Zoe Pennington and Allison Marcia Sweeney) to have a sister. It seemed fortuitous that a birth mother suddenly appeared and was open to a private adoption.

The unusual nature of that situation later revealed as nothing more than a scam and also one that Thomas exploited. Hope Forrester (Annika Noelle) was devastated and told her husband-in-name-only, that Thope was over.

Taylor Hayes (Hunter Tylo) was influenced by her growing friendship with Reese Buckingham (Wayne Brady), which enabled the trust to exist with her fellow colleague. She believed Reese was looking out for Flo Fulton’s (Katrina Bowden) best interests when he clearly was not because she hadn’t given birth.

Digitally skipping to the now, Steffy is being asked by her father to be open to forgiving Thomas. No one would be ready to do that, which is exactly what Ridge heard his wronged daughter say.

The Bold And The Beautiful Spoilers: Wednesday, October 9 – Flo’s A Match But Prefers To Remain Anonymous – Katie & Bill Thrilled By The News

Meanwhile, Ridge made what should have been a minor mistake by drinking too much at Bikini Bar. Shauna Fulton (Denise Richards) happened upon him and was eager to help her new crush sleep it off.

Nothing happened, which is what Ridge should have told Brooke Logan Forrester (Katherine Kelly Lang). He didn’t, his wife accepted that nothing untoward happened, but did throw him out.

This driving storyline results in Steffy having Ridge replace Liam Spencer (Scott Clifton) as her latest house guest. Thomas is thrilled to see his father’s marriage crumbling and passes that information along to Shauna, hoping that she agrees to aid his plot to permanently break Bridge.

Bold and the Beautiful Spoilers: Will Ridge Be Able to Get Thomas to Sign Guardianship Papers? @celebratesoaps https://t.co/0ci93INOcw

Bold And The Beautiful Spoilers – Renewed Battles At Forrester Creations

Thomas will be going back to work at the family business. Ridge has been insistent about having his son return to Forrester Creations.

No one, except his father, will be happy to see Thomas back at work. Steffy, in particular, will soon find herself being back-stabbed by her brother.

Thomas plans to eventually run the company. In his mind, that will happen sooner, rather than later. And, as viewers recall, Thomas’ previously stated goal is to have Hope answer to him.

Ridge isn’t solving the problem of Thomas. Instead, he’s naively furthering both ends of his son’s twisted personal and business goals.