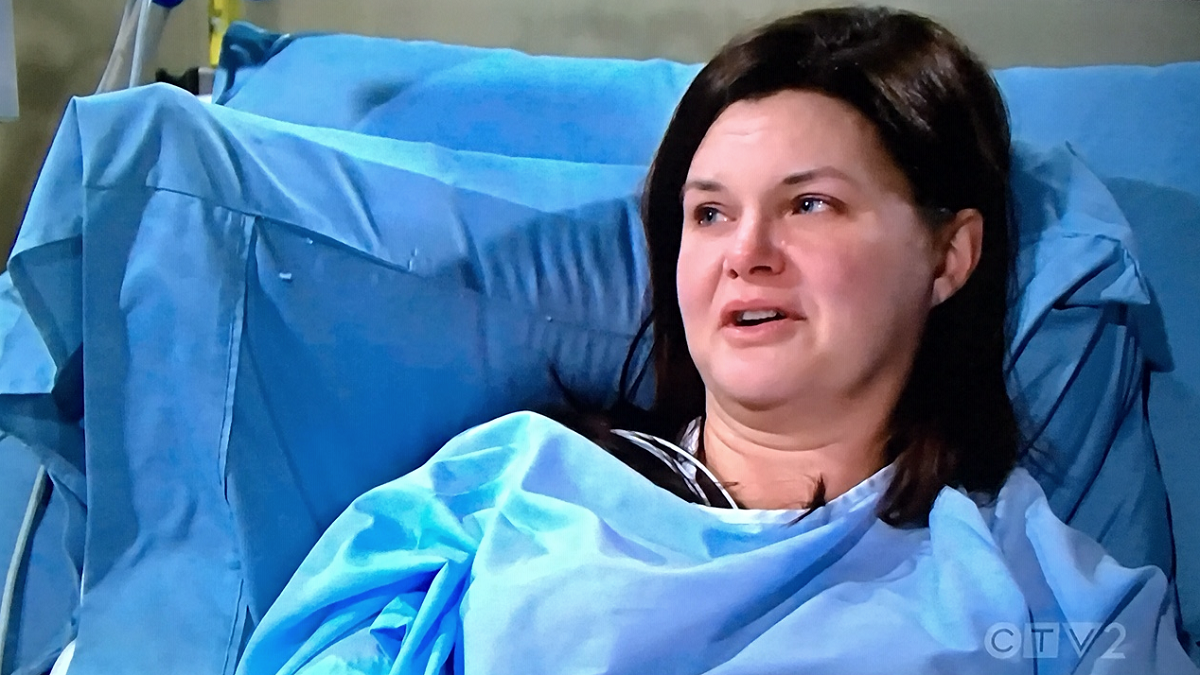 The Bold and the Beautiful (B&B) spoilers for Thursday, October 10, tease that both Flo Fulton (Katrina Bowden) and Katie Logan (Heather Tom) will prepare for major surgery. As B&B viewers know, Flo just found out that she’s a compatible kidney donor for Katie, and she decided without hesitation to save her aunt’s life and go through with the surgery.

According to B&B spoilers, Shauna Fulton (Denise Richards) will be by her daughter’s side as she prepares for surgery. Of course, Shauna doesn’t agree with her daughter’s decision to remain an anonymous donor – she’d much rather that Katie and the rest of the Logan, Spencer, and Forrester families know exactly where Katie’s life-saving kidney is coming from.

Shauna feels that if Katie and her sisters know that Flo went to such great lengths to save Katie’s life, then they might forgive her for taking part in Reese Buckingham’s (Wayne Brady) baby swap and adoption scam, and for keeping Hope Logan’s (Annika Noelle) daughter from her for so long. But Flo insists on donating in secrecy…for now. She doesn’t want the Logans to think that she’s donating her kidney just to get back into their good graces.

And right now, Katie’s really not even thinking about who her donor is. It’s probably in the back of her mind, but at the moment, the important thing will be to get the surgery going. Bill Spencer (Don Diamont) will be on hand anxiously awaiting the surgery’s outcome, as will be Donna Logan (Jennifer Gareis) and Brooke Forrester (Katherine Kelly Lang). They’ll be grateful for the miracle they’ve received, while Shauna waits in a separate area for Flo.

According to ongoing B&B spoilers, the surgery will indeed be a success, and Katie will be saved. And at some point, after the surgery is over, Katie will want to know who her donor is. It looks like Flo will ultimately be “outed” as Katie’s donor, although how all that comes about remains to be seen.

Meanwhile, on Thursday’s new episode of B&B, Hope Logan (Annika Noelle) and Liam Spencer (Scott Clifton) will head to the hospital to wait during Katie’s surgery. And while they’re away from the cabin, Wyatt Spencer (Darin Brooks) and Sally Spectra (Courtney Hope) will help them out by babysitting for Beth Spencer (River Davidson and Madeline Valdez) and Douglas Forrester (Henry Joseph Samiri).

Bold And The Beautiful Spoilers – Will Wally Talk About Having Their Own Kids?

As B&B viewers know, neither Wyatt nor Sally really have extensive experience watching over little kids, so this should be interesting. There should be some fun scenes as they interact with Beth and Douglas, and the whole experience might just get them thinking about whether they’d like to have a family of their own someday.

The Bold And The Beautiful Spoilers: Thomas Plots Personal and Business Gains – Ridge Enabling Both Ends

Of course, it’s a little soon to talk about kids, but then again, Wyatt and Sally are engaged now, so it’s probably time that there had such a conversation. At any rate, it should be fun to watch them slip into a parent-like role with Beth and Douglas.