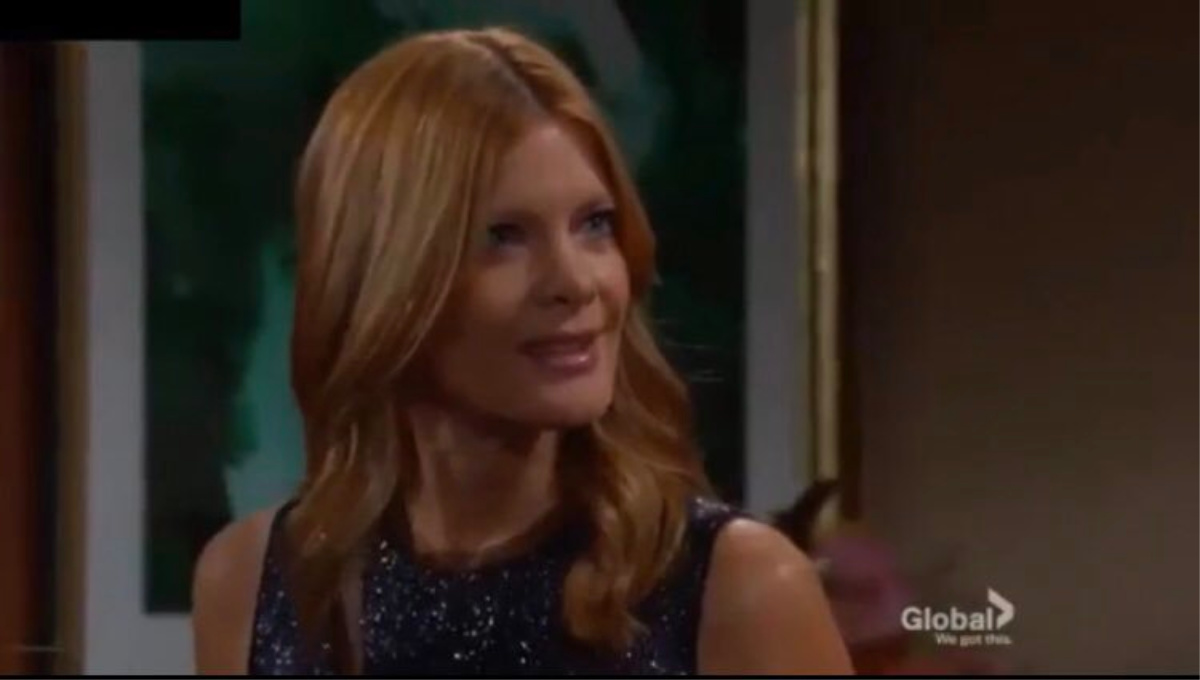 The Young and the Restless (Y&R)  spoilers for Thursday, October 10, tease that Cane Ashby (Daniel Goddard) will fill Adam Newman (Mark Grossman) in on his goal. In Vegas, Phyllis Summers (Michelle Stafford) mentions that she overheard Cane’s Vegas plans back in Genoa City. Cane tells Adam that he’s trying to reach Chance Chancellor, but Adam can’t help him with that. He steps out to lock up his winnings, so Cane and Phyllis talk alone.

Phyllis is interested in why Cane’s searching for Chance. He’s curious about how much Phyllis knows, so she mentions spotting Adam with Chance. Riza Thompson is also brought up, though Phyllis notes the woman wasn’t very forthcoming. Cane wants Phyllis to help him out, but she’s not keen on serving as a lackey.

When Adam gets back, he informs Cane that Chance doesn’t want to be found. Phyllis struggles to believe Chance would be involved in anything shady. Cane brings up the bomb Chance dropped on his family and lets Adam know the cops may be interested in their connection.

Once Cane exits, Phyllis pressures Adam to tell her if he had anything to do with that bomb. Adam insists his hands are clean, and he wants nothing to do with Genoa City. Phyllis clearly isn’t going to let this go! Back in GC, Chelsea Newman (Melissa Claire Egan) deals with Connor Newman’s (Judah Mackey) outburst. He shouts at his mom as well as Nick Newman (Joshua Morrow).

Connor was sent home early for disrupting things at school, so Chelsea decides Sharon Newman (Sharon Case) should talk with him again. Later, Sharon speaks with Connor and they do a little bonding. Connor suggests he likes Sharon, and she brings up Faith Newman’s (Alyvia Alyn Lind) feelings. Sharon points out that Faith was upset about being lied to as well, but Connor assures Sharon he’s not upset.

Afterward, Sharon relays that Connor was calm during their chat. However, she’s concerned about the kid repressing his emotions. Chelsea frets about Connor becoming like Adam, but Sharon counters that pattern of bad behavior can be broken. Once Sharon leaves, Nick makes sure Chelsea feels supported.

At Jabot, Kyle Abbott (Michael Mealor) has a warning for Summer Newman (Hunter King). He gets updates on Theo Vanderway’s (Tyler Johnson) firing and suggests Theo isn’t going to change. Summer contends that she’s had some nice conversations with Theo lately. Kyle thinks it’s all a game to his former friend; he doesn’t think Theo can really open up.

The Young And The Restless Spoilers: Spark For Victor & Jack’s Renewed Fight – Genoa City Battle Back On? https://t.co/B6L5sTiBhu pic.twitter.com/PW56ittQmy

While Kyle tells Summer she deserves more, Theo tells Lola Abbott (Sasha Calle) about getting fired. He notes that he’s going to use the setback as motivation. Theo suspects Lola has gone far by proving people wrong, so they bond a bit. Nevertheless, Lola feels like Theo has to stop self-sabotaging. She thinks Theo always finds a way to push too far and tank his life.

After Kyle walks in, it doesn’t take long for him to butt heads with Theo, who notes that Summer and Kyle have been attached at the hip recently. Theo notes that he’s enjoyed getting to know Lola better before he exits. He pauses to watch Lola and Kyle kissing through the window.

At Crimson Lights, Kyle doesn’t care about the details of Theo’s firing. Lola suggests cutting Theo some slack and argues this could be a chance for growth. Kyle and Lola head upstairs for lovemaking, but you can bet Theo will cause more drama eventually!

The Young and the Restless spoilers say some exciting twists and turns are brewing. We’ll keep you posted as other Y&R news and rumors emerge. Stay tuned to see what’s next on the CBS soap.