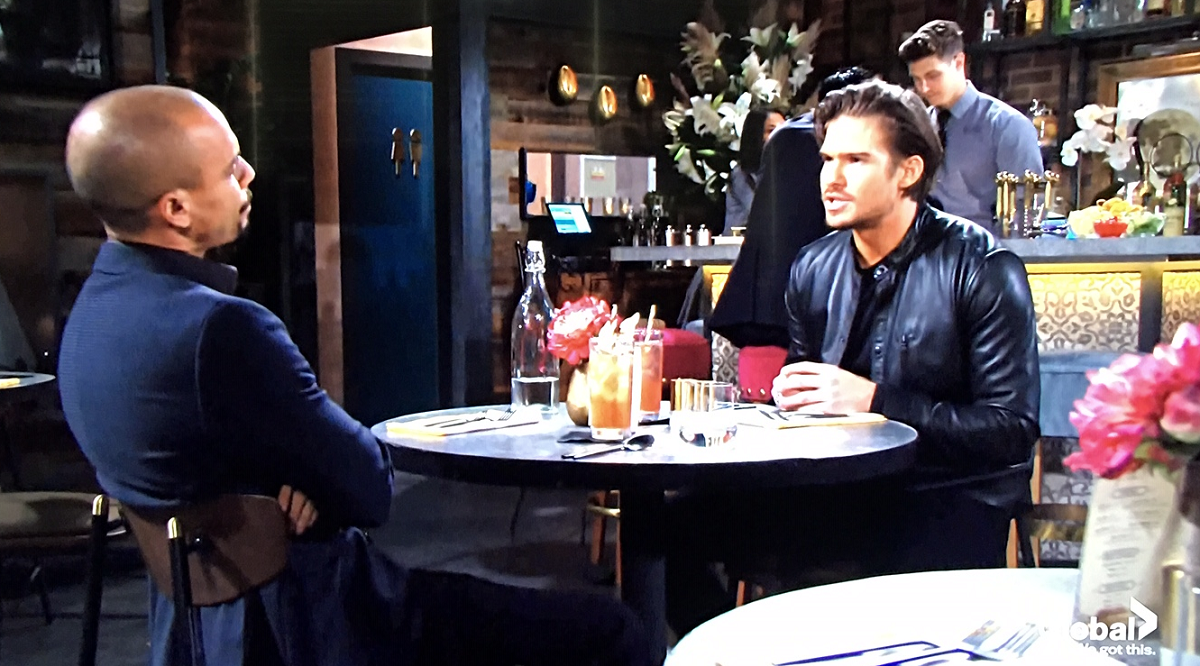 The Young and the Restless spoilers document that Theo Vanderway’s (Tyler Johnson) termination shouldn’t come as a surprise. He plays fast and loose with the truth, along with other people’s lives.

Devon Hamilton (Bryton James) has no need for jokers in his organization, the control over which is currently being threatened by a seemingly bogus legal claim relating to Katherine Chancellor’s (Jeanne Cooper) will. So, his decision about terminating Theo’s business connection with Power Communications, which Mariah Copeland (Camryn Grimes) heads, are seen in that light.

Some recent buzz speculates the character Johnson plays is, or will be looped into the Chance Chancellor (as last played by John Driscoll) storyline that’s evolving. Maybe he’s Adam Newman’s (Mark Grossman) plant as well. That would come as a surprise to no one, considering both of their duplicitous natures.

In any instance, hardcore soap fans know that the Theo character, which was rapidly recast with Johnson taking over a few episodes after Kyle Abbott’s (Michael Mealor) old New York pal debuted, hasn’t seemed to be used in a linear fashion. Where is this character going next if he’s continually being pushed away by everyone?

Theo was constantly undermining Mariah, acting like a competitive high-schooler trying to edge out a rival on the prom’s dance floor. All elbows and no couth, Devon finally saw and heard enough.

James’ character told Theo in no uncertain terms that he was not only out, but was barred from being connected to any of the Hamilton-Winters’ Foundation dealings. Johnson’s alter ego wasn’t expecting to be ousted and doesn’t like it.

Young And The Restless Spoilers – Summer Newman Must Be Careful

Summer Newman (Hunter King) is in a vulnerable state right now. She’s just realized that her own father and many other family members excluded her from being included in Victor Newman’s (Eric Braeden) death ruse circle.

Theo was attracted to Summer from the start. It must be said that he was deferential to Kyle at the time. Then, once he knew Summer was available, Theo was fully open about wanting to be her new significant other and now is. King’s character must avoid making another impulsive choice. As Theo is often reckless, viewers see danger ahead for Summer.

Here’s hoping that doesn’t happen and that Y&R employs’ Johnson’s character in a more nuanced way shortly. He has the chops to do more with Theo. Hollywood Hiccups is a leading source for everything linked to The Young and the Restless. Check back regularly for Y&R spoilers and news!